Economists' predicted figure would be first below 6% since 1990 China is projected to achieve the government-set growth target of between 6% and 6.5%, but the slowdown of the world's second-largest economy is likely to continue into the next year.   © Reuters
TAKESHI KIHARA, Nikkei staff writerDecember 26, 2019 17:15 JST | China
CopyCopied

HONG KONG -- Leading economists' average forecast for China's GDP growth in 2020 is 5.9%, a survey of experts in the field by Nikkei and Nikkei Quick News has found.

The projection is even lower than the 6.2% forecast for this year, as the U.S.-China trade war is expected to keep applying downward pressure. It would be the first time since 1990 -- the year after the Tiananmen Square incident -- for China's economy to expand less than 6%.

The forecast for the last quarter of 2019 was 6.0%, unchanged from the previous quarter. China is projected to achieve the government-set growth target of between 6% and 6.5%, but the slowdown of the world's second-largest economy is likely to continue into the next year. The 26 economists forecast the 2020 growth to be between 5.6% and 6.1%. Nineteen of them expected that the economic expansion will be in the 5% range.

Although the U.S. and China have reached a "phase one" agreement in their trade negotiations, punitive tariffs have been lowered only for part of the exports. Kenny Wen, wealth management strategist at Everbright Sun Hung Kai, said attention should be paid to the U.S. presidential election next year. He warned that protectionism in trade will increase downward pressure on the economy.

"(The phase one deal) is really just a partial and interim agreement, as the words Phase One indicate. Indeed, economic and trade conflicts between the two countries will continue or even escalate going forward," said Liao Qun, chief economist and general manager of research department China at CITIC Bank International, forecasting higher uncertainty after the April-June quarter.

Many respondents expected that the second phase negotiations will be tougher because they will take up difficult topics such as China's industrial subsidies. "The outstanding and thorniest issues are left for a 'Phase Two' settlement. But we doubt this will materialize anytime soon, probably not until after the U.S. presidential election," said Kevin Lai, chief economist for Asia ex-Japan at Daiwa Capital Markets.

As for the Chinese government's growth target for 2020, eight out of 12 respondents who gave valid answers said it will be around 6%. Mihoko Hosokawa, research executive at Mizuho Bank (China), said China's potential growth rate is falling due to the shrinking working-age population. She added that China has fewer conditions for and less need to maintain high economic growth.

It was thought that 6.2% growth would be needed to achieve the Communist Party's goal of doubling the country's GDP in 2020 from the 2010 level. But lower growth would suffice because the 2018 GDP figure has been revised. "The goal would be achieved even if economic growth falls to around 5.5% in 2020. For the party leadership, labor indexes have become more important than growth rate from the viewpoint of ensuring social stability," said Tetsuji Sano, chief Asia economist at Sumitomo Mitsui Asset Management.

Asked about risk factors that could slow down the economy, the most common answer was U.S. tariffs and sanctions on Chinese businesses, followed by corporate financing difficulties and rising food prices. Cheng Shi, chief economist at ICBCI, pointed out that pork prices have remained high and vegetables are becoming more expensive. Cheng warned of the risk of prices rising in more sectors than expected. 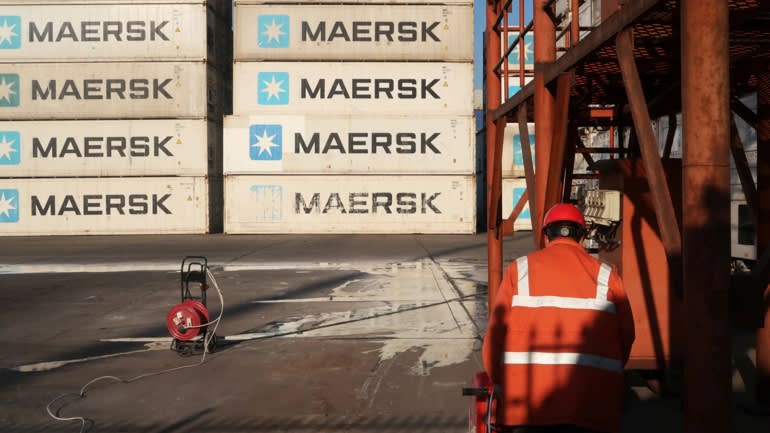 Although the U.S. and China have reached a "phase one" agreement in trade negotiations, punitive tariffs have been lowered only for some exports.   © Reuters

Ken Chen, Chinese economy analyst at KGI Asia, expected that the government will make more investments in infrastructure to prop up the economy even though it will result in a bigger fiscal deficit and more issuance of special regional bonds. Fan Xiaochen, director at MUFG Bank, argued that the government has much leeway to respond with fiscal policies such as lowering corporate added-value tax and commissions and easing restrictions on real estate purchases.

But some respondents thought that the government will refrain from stimulus measures to boost short-term growth. "The structural growth slowdown occurs as the economy transitions from investment-driven to consumption-driven and the population ages, leading to a naturally lower growth path," Julius Baer economist Sophie Altermatt said.

Peter So, managing director and co-head of research at CCB International Securities, expected that growth in the construction and real estate sectors will lack strength because government policies will focus on mid- to long-term debt risks.

Many forecast that the People's Bank of China will cut the Loan Prime Rate, its de facto policy rate, by 0.05% to 0.1% each time. Arjen van Dijkhuizen, senior economist at ABN AMRO Bank, said the rate will be cut by one or two times per quarter.

The respondents' average projection for Hong Kong's economic growth was minus 1.4% for 2019 and minus 0.3% for 2020. Full-year negative growth will be first since 2009. "We expect protest to continue for a while and economic growth should be impacted with negative GDP growth this year. Retail and tourism sectors are badly hit," said Sean Taylor, DWS's chief investment officer for Asia Pacific.