Both investment and consumption slow down in latest statistics 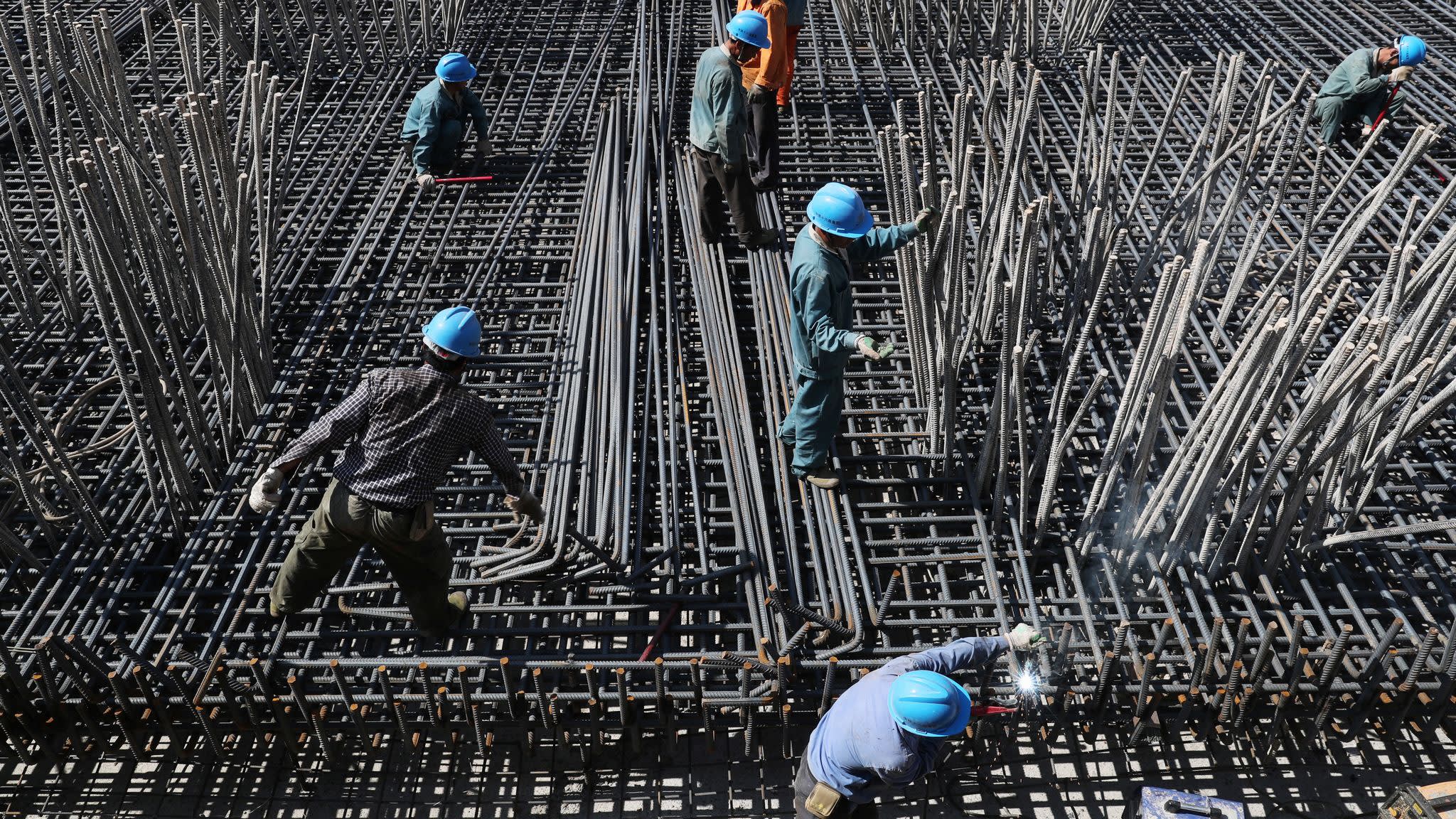 Workers on a highway in China. Investment in such infrastructure flagged in May as a crackdown on shady lending cut off funding to regional government projects.   © Reuters
ISSAKU HARADA, Nikkei staff writerJune 15, 2018 08:10 JST | China
CopyCopied

BEIJING -- Growth in China's consumption and investment faltered in May as the government strengthened its crackdown on shady off-books financing, drying up funding for infrastructure.

In the five months through May, investment in fixed assets such as real estate and factories rose 6.1% on the year, 0.9 percentage point below the January-April period and the slimmest growth since tracking of comparable date began in 1995.

A drop in spending on infrastructure such as roads and airports led the decline. Year-on-year improvement in that category in the January-May period came to just 9.4%, or 3 points less than in January-April.

"For many years, [infrastructure outlays] have grown at a roughly 20% clip," said Mao Shengyong, a spokesperson for China's National Bureau of Statistics. But now "infrastructure demand is on the retreat."

Consumption, too, has cooled. Total retail sales of consumer goods from both online and bricks-and-mortar stores climbed 8.5% on the year in May, the slowest growth since June 2003. Sales of automobiles, a major contributor given their high price, fell on the year. May 2018 also included fewer holidays, when consumption tends to spike, than did the year-earlier month.

Financial regulation lurks behind both of these trends. China's total social financing -- a broad measure of lending to businesses and individuals -- increased by 760.8 billion yuan ($118 billion) in May. This is half the amount added in April and the smallest rise since July 2016, owing to a decline of 421.5 billion yuan in new off-balance-sheet financing by banks.

The government in April unveiled fresh restrictions on so-called shadow banking, including financing through risky high-yield investment products touted to consumers as savings instruments. These have been used widely to fund regional infrastructure development where the chances of profit are slim. But banks must now comply with strict regulations when selling those products, and funding for infrastructure has dried up as a result.

Likewise, restrictions on consumer financing such as home loans may have curbed consumption.

Exports are the lone bright spot for business, gaining 12.6% on the year in May in dollar terms. Overseas demand led a brisk 6.8% jump in industrial production as manufacturers turned out more semiconductors, automobiles and other hot-selling goods. Imports were also strong, surging 26%.

But many market players attribute this vigorous growth to companies ramping up cross-border transactions ahead of tariff hikes anticipated as a result of trade friction with the U.S. Mao of the NBS said Thursday that this possibility "cannot be ruled out." Washington is expected soon to release a final list of items that will see tariffs raised in retaliation for alleged Chinese intellectual property violations. Trade could slump when these measures take effect.

Chinese President Xi Jinping's economic policy goals have alternated between structural reform and strong growth since he ascended to the top spot in the country's Communist Party in the fall of 2012. Now, as economic headwinds intensify, the leader must decide whether to stick to reform or revert to stimulus. The party's powerful Politburo will meet in July to set economic priorities for the second half of the year, and could provide a glimpse of what direction policy will take in the years to come.