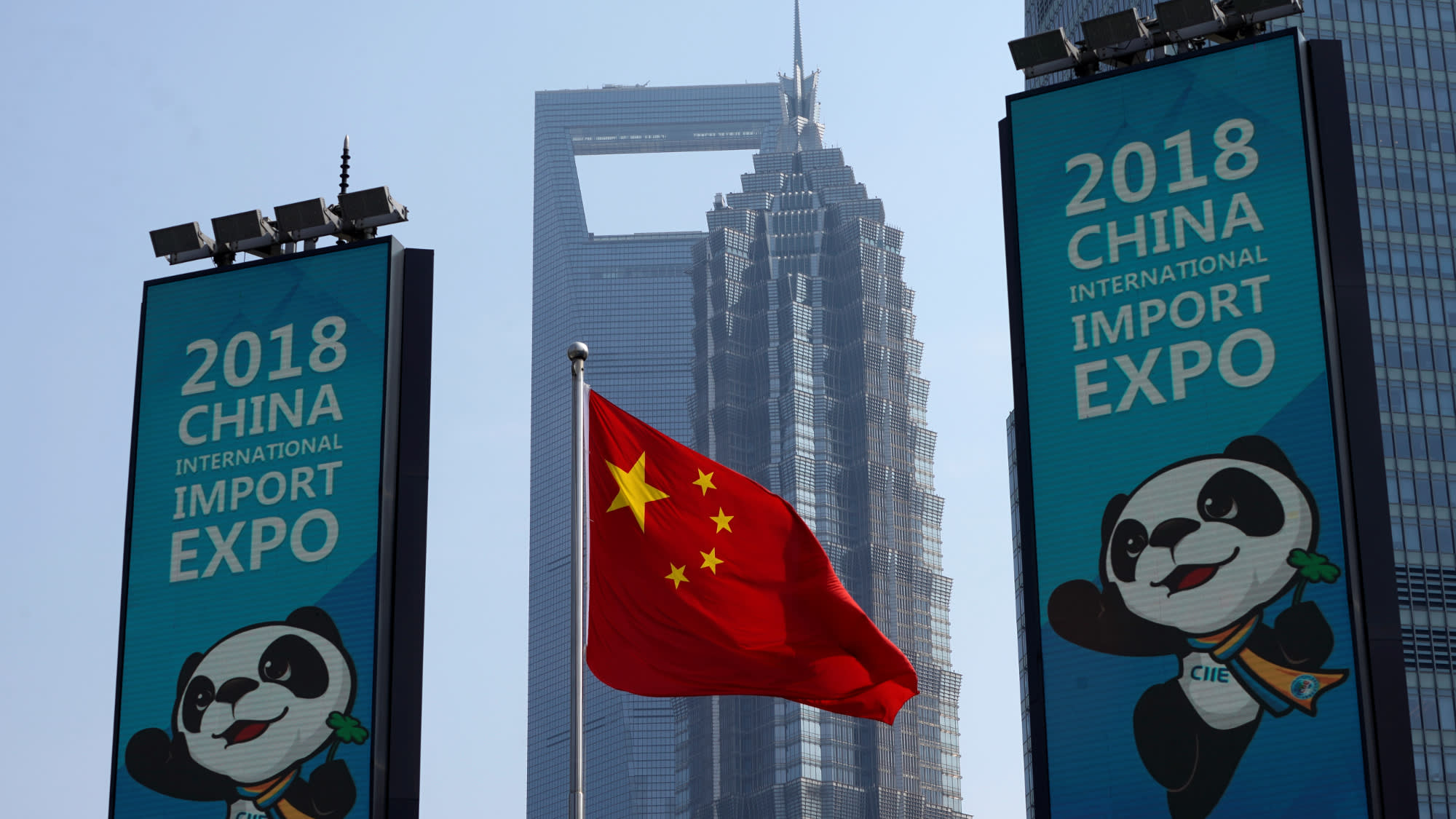 SHANGHAI (Reuters) -- Around $57.83 billion worth of deals were agreed for the year ahead at the China International Import Expo, the official China Daily said on Saturday.

The Nov. 5-10 CIIE, which brings thousands of foreign companies together with Chinese buyers in a bid to demonstrate the importing potential of the world's second-biggest economy, closed on Saturday.

Deals for intelligence and high-end equipment were set to total $16.46 billion, while those for consumer electronics and home appliances were around $4.33 billion, the paper said on its official Twitter-like Weibo site.

Sales agreed for the automobile sector goods hit $11.99 billion, while clothing and consumer goods inked $3.37 billion, and food and agricultural products made $12.68 billion, the paper said.

In addition, $5.76 billion worth of medical devices and medical care goods were sold, the paper added.

The trade expo is designed to demonstrate goodwill amid mounting frictions with the United States and others. On Monday, Chinese President Xi Jinping promised to lower tariffs, broaden market access and import more from overseas.