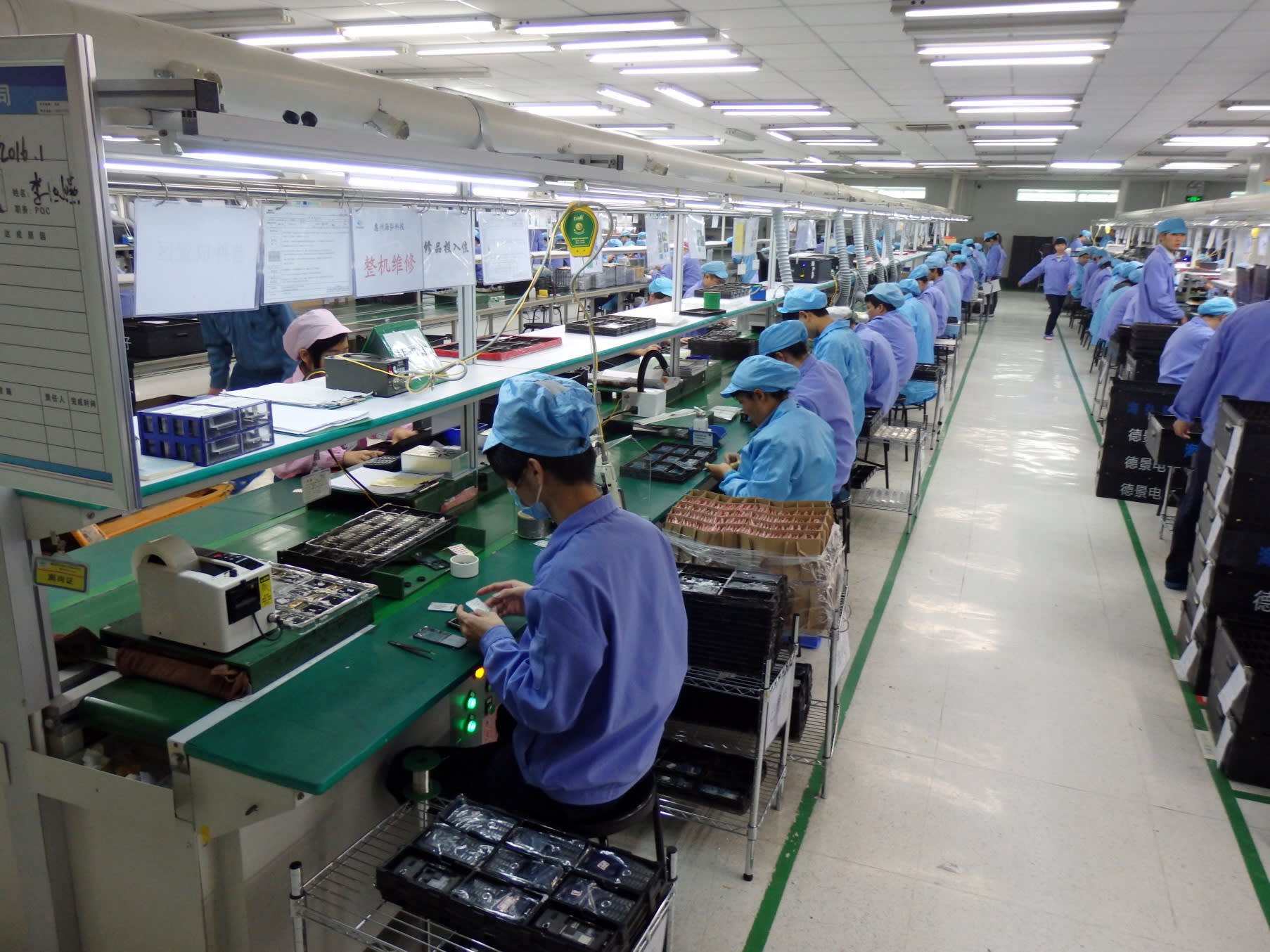 China's individual provinces set the timing and extent of their own minimum wage increases each year under guidance from the central government. Guangdong Province, China's largest manufacturing hub and longtime leader in gross domestic product, this year plans to keep its wage at the 2015 level everywhere but the special economic zone of Shenzhen. In the city of Guangzhou, for example, the minimum wage will remain at 1,895 yuan ($290) per month, following 2015's 22.3% increase. Hikes across the province averaged 19% last year.

Guangdong has been known to freeze the minimum wage in the past, such as after the 2008 financial crash or amid the European debt crisis. But keeping wages flat in relatively normal times is not typical.

Companies with operations in China, including the 2,000 to 3,000 Japanese enterprises in Guangdong, tend to set their own wages in reference to the local minimum. Keeping that level flat is thus seen helping put a lid on skyrocketing personnel costs in the area.

Wages are trending upward across China, with the minimum roughly doubling over the past five years. Hikes have become a tool to appease the country's many low-wage migrant workers and thus fend off criticism. But repeated increases have sent companies' costs soaring. That has made goods produced in the country less competitive globally, forcing some companies to withdraw from certain operations or enter bankruptcy. Japanese watchmaker Citizen Holdings, for example, last year shut down a Guangdong factory, laying off 1,000 people. Microsoft, meanwhile, shuttered a former Nokia mobile phone factory there.

A number of other manufacturers, such as those tied to the smartphone market, have since folded as well. Foreign investment is beginning to falter. Japanese companies' investment in China shrank 25% year on year in 2015.

Beijing is thus reaching for a structural overhaul of the Chinese economy. Supply-side measures have emerged as a key topic of discussion at this year's National People's Congress, which opened here Saturday. China is set to slash excess capacity in sectors such as steel and coal while weeding out unprofitable enterprises to achieve average economic growth of at least 6.5% per year.

Curbing wage growth to protect competitiveness is another type of supply-side reform, making Guangdong Province's wage freeze an early example of the government's overall strategy. Other regions burdened by rising wages could follow suit. The province plans to liquidate a large number of unprofitable state enterprises and so-called zombie companies as well.