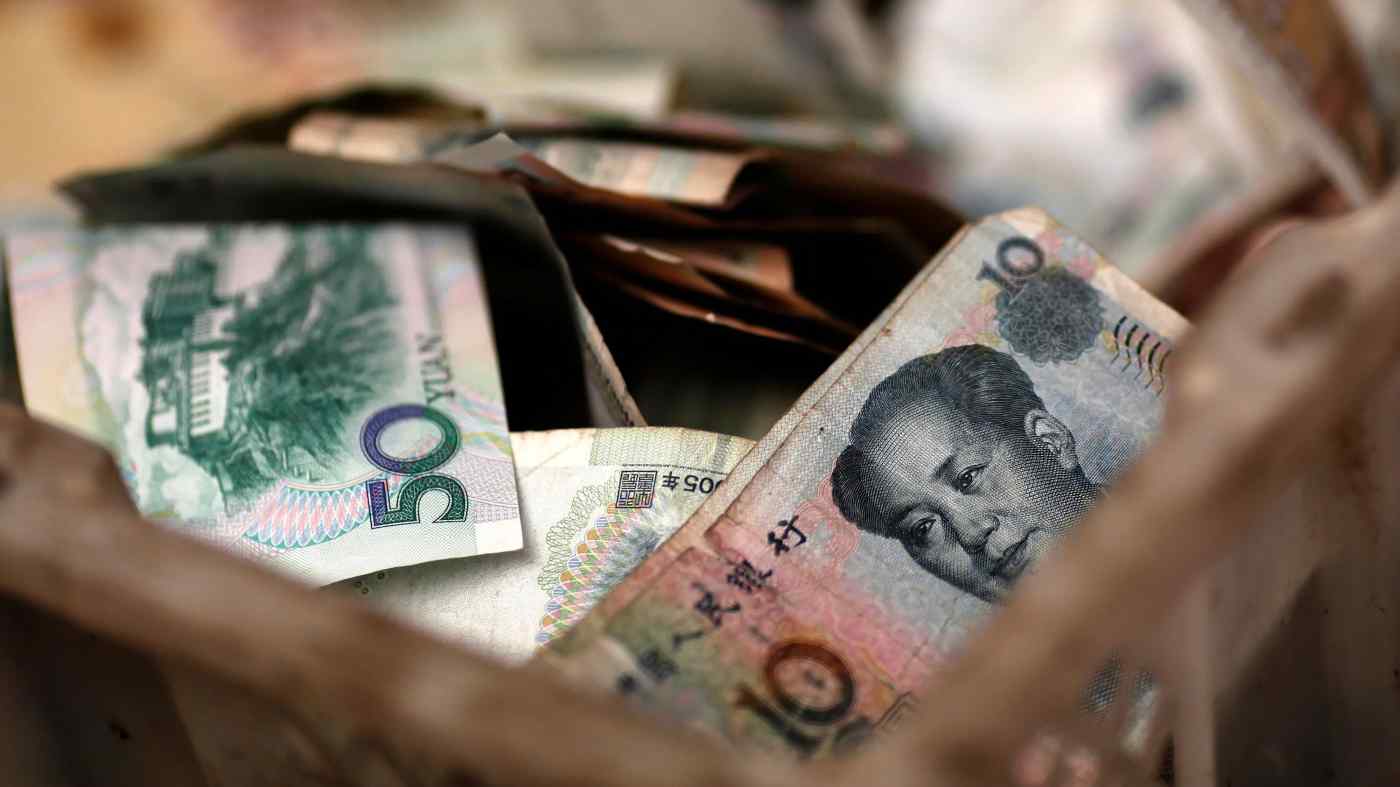 HONG KONG -- Nonperforming loans in China grew 10% during the first half of 2019 to 2.24 trillion yuan ($313 billion), with more small and midtier companies failing to keep up with their debts.

Almost 5% of all lending in China is in default or close to it, once the 3.63 trillion yuan of subperforming loans -- typically referring to overdue loans that are not in default -- are included as well. The burden weighs especially on smaller banks that lack the same troves of cash as their state-backed compatriots.

The village of Lujiang, a four-hour drive northwest of Shanghai, is home to a stainless steel maker that defaulted on a loan of 12 million yuan from state-run Bank of China. Despite technically going bankrupt in 2017, the factory remains in operation to this day.

"The rights to the land under our headquarters and factory are a complex web, so the bank is probably having trouble cashing out," said Gu Yuming, who was the company's chief when it went bankrupt.

With few options available, Bank of China is conducting a bulk sale that bundles the steelmaker's debt with other bad loans. A stainless steel maker in the Jiangsu Province village of Lujiang continues to operate despite going bankrupt in 2017. (Photo by Yusho Cho)

Eager to dispel concerns about China's financial sector, the country's authorities are pushing financial institutions to get rid of bad loans. China's publicly traded banks disposed of more than 700 billion yuan in nonperforming loans last year, according to Ernst and Young. Some estimate the figure for all banks combined reaches 1 trillion yuan.

Large institutions with wide margins are taking the costs in stride. The state-owned Industrial and Commercial Bank of China and Agricultural Bank of China both have a spread of more than 200 basis points between their lending and deposit rates. Disposing of bad loans dents their profits only slightly, and their performance remains strong.

An increase in net profit was achieved by all 32 listed banks that announced January-June results by Aug. 30. The four state-owned giants each saw a gain of more than 4%, and the overall average was even higher at roughly 7%.

Yet bad debt continues to rise as loans go sour faster than banks can dispose of them. Defaults on corporate debt topped 80 billion yuan by late August, on track to beat the full-year record of more than 120 billion yuan set just last year.

Though President Xi Jinping's government ensured the economy stayed strong ahead of the twice-a-decade Communist Party congress in fall 2017, a slowdown has become increasingly evident since last year.

While large banks saw bad loans on their books grow by a total of just 20 billion yuan in the first half of 2019, their smaller compatriots did not get off so lightly.

These institutions serve areas outside China's big cities. The economic slowdown has been even more pronounced in these regions, and the banks are weighed down more heavily by bad debt.

The profits reaped by major banks protected via China's regulatory apparatus have come at the expense of the regional financial systems that have borne the risks.

Inner Mongolia-based Baoshang Bank was taken over by Chinese authorities in May, and Bank of Jinzhou in Liaoning Province -- part of northeastern China's rust belt -- is set to receive a bailout from state-owned institutions including Industrial and Commercial Bank of China. Plans for a government lifeline are being solidified for Hengfeng Bank in Shandong Province as well.

The People's Bank of China announced a new benchmark lending rate in August that the central bank stressed will be more market driven. But market-based mechanisms are difficult to implement when regional economies are struggling.