South Koreans and Taiwanese to earn more than Japanese starting in 2027: JCER 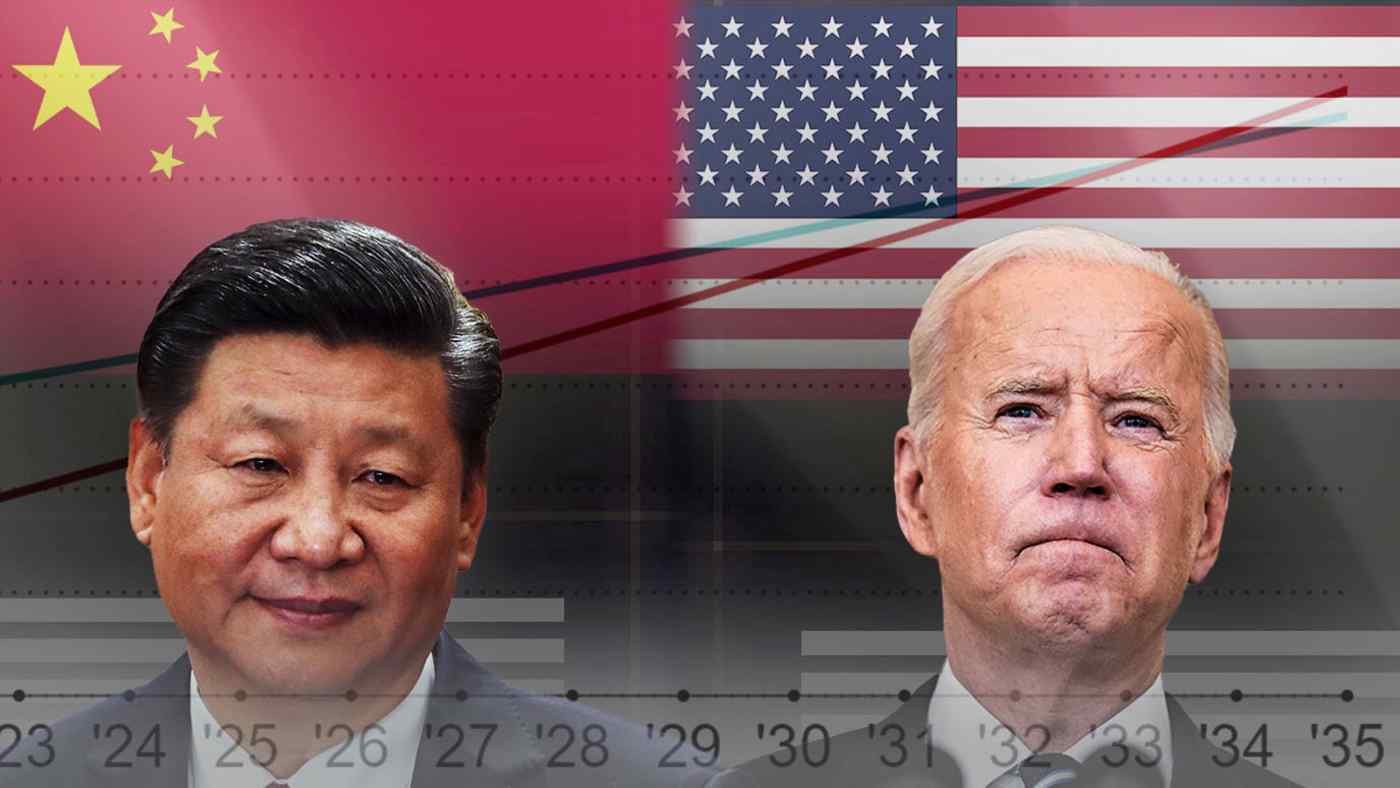 TOKYO/BEIJING -- The size of China's economy is not expected to surpass that of the U.S. until 2033, rather than 2029 as predicted a year ago by the Japan Center for Economic Research, whose latest forecast says Beijing is damaging the country's growth potential by clamping down on its tech and other big industries.

The report, issued on Wednesday, also cites China's ongoing decarbonization drive as well as some big debt burdens, one of which has the Evergrande real estate empire teetering, as drags on growth.