HONG KONG -- For decades, China's southern Pearl River Delta has been a manufacturing hub, supplying TVs, refrigerators, garments, toys and gadgets to the world. The factories employ tens of thousands of people and have helped make Guangdong the country's richest province.

But Beijing's ambitions for the industrial cluster don't stop there. It wants to transform the region into a high-tech megalopolis with a snazzy new name: the Greater Bay Area. The initiative, the brainchild of President Xi Jinping, aims to create a rival to Silicon Valley. The plan envisions a different role for each of Guangdong's nine big cities, as well as the territories of Hong Kong and Macau.

While most businesses applaud the unveiling of the regional development blueprint, some scholars and lawmakers are worried about the impact on traditional industries -- which get little mention in the document.

"If we go too far in pursuit of industry overturn and omit the potential damage to traditional businesses, it might cause other social problems," said Witman Hung, a Hong Kong deputy to the National People's Congress, China's top legislative body.

One of Hung's concerns is employment. High-tech companies may bask in the limelight, but older industries provide far more jobs and tax revenues, and longtime businesses may get squeezed out by the newcomers.

To reduce friction between old and new, technological development should focus on enhancing the competitiveness of traditional industries, Hung said, rather than blue-sky projects. The emphasis on technology and innovation could see resources shifted to startups and tech companies, putting pressure on traditional manufacturers and retailers, said Wang Dan, a Beijing-based analyst with the Economist Intelligence Unit.

While the plan is vague on how development of the Greater Bay Area should proceed, Beijing sees it as crucial to its effort to deal with a slowing economy and rising protectionism around the world.

The Greater Bay Area has a population of 71 million and an estimated gross domestic product of $1.64 trillion, about the size of South Korea's economy. U.S. investment bank Morgan Stanley forecasts the region's GDP will more than double by 2030 to $3.2 trillion, which would make it larger than the U.K. economy is today.

The goal is to facilitate the free flow of talent, goods, information and other resources to create an international innovation and technology hub that spurs investment and powers growth in China.

In Dongguan's Mulun district, an industrial cluster that has long specialized in electronic equipment and plastic products, coworking space operators, startup incubators and innovation centers are moving into properties vacated by struggling manufacturers. Banners in the district announce plans for an "International Innovation Port," as abandoned factories are remade into trendy offices.

Even established technology companies looking to grow in China are having to stay on their toes. James Giancotti, co-founder of Oddup, a company with offices in Hong Kong and Silicon Valley that rates startups, worries the cost of setting up shop on the mainland side of Greater Bay Area will rise quickly as more infrastructure is built.

"My greatest concern about the Greater Bay Area is the cost. It's like Silicon Valley 20 years ago," Giancotti said. This has forced him to accelerate his expansion. "I am seeing what's going to happen. I don't want to pay double the price in 10 years," he said. 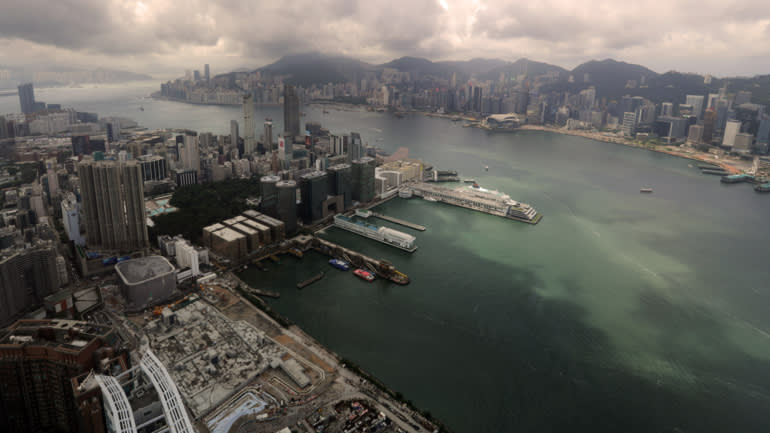 But for property developers and agents, the Greater Bay Area is a gold mine. Marcos Chan, head of research at property consultancy CBRE Hong Kong, Southern China & Taiwan, said new transportation routes have cut travel time between major cities to an hour or less, encouraging international and domestic companies to expand in the area. Besides office buildings, demand for business parks, data centers and laboratories is expected to pick up.

"The opportunities arising from this southern China economic powerhouse will offset the short-term impact brought by the trade tensions, and fuel the growth of this market in the long run," Chan said.

While most observers are confident that better infrastructure and easier customs clearance will enhance connectivity, the free flow of information is a more difficult problem, according to academics and research organizations.

Many foreign websites, including international media outlets and research organizations, are banned in mainland China.

"It's a very big problem for technology and science research without the free flow of information," said Wong Kam-fai, associate dean at the Chinese University of Hong Kong's Faculty of Engineering. The lack of access to popular sites such as Facebook, Twitter, YouTube and WhatsApp also makes it very difficult to attract foreign talent to the Greater Bay Area, he said.

Simon Lee, co-director of International Business and Chinese Enterprise Program at the Chinese University of Hong Kong, said more progress is needed with intellectual property protection, so that people who spend a long time doing high-level research can reap the rewards.

"If authorities fail to correct the ethos of plagiarism [on the mainland], there will be little chance for core technologies to have a breakthrough," Lee said.