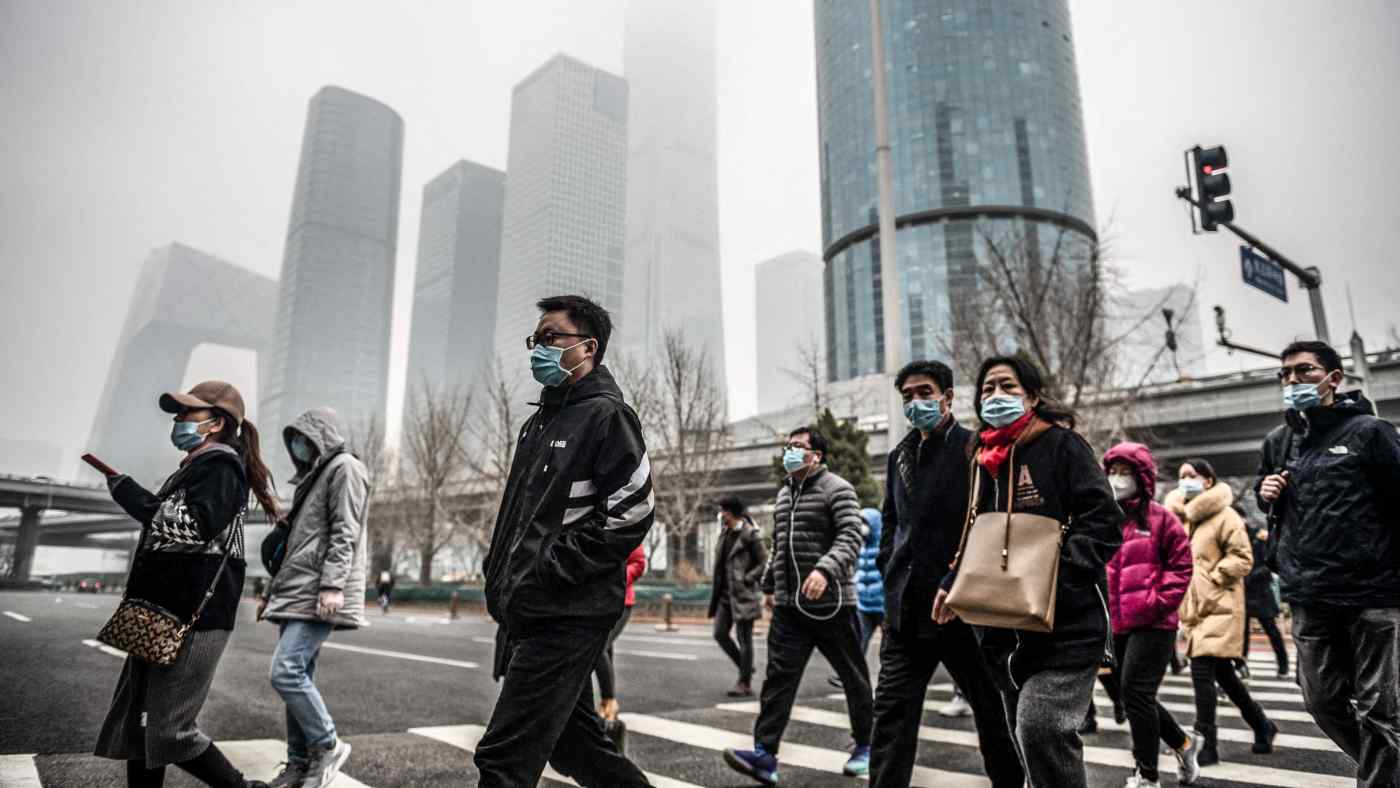 SHANGHAI -- China's annual population growth slowed during the decade through 2020, putting at risk the demographic dividend enjoyed by the rising superpower.

The average annual population growth rate of 0.53% was slower than the 0.57% measured in the 2010 census, reflecting the failure of policies designed to reverse China's falling birth rate. The rate of increase is the lowest since the Great Leap Forward, a disastrous socio-economic policy that ended in early 1960s. The fastest growth was the 2.09% recorded in the 1982 census.

The number of newborns in 2020 was 12 million, down 18% from the previous year. In 2016, Beijing scrapped the "one-child policy" that was introduced in 1979 as a measure to control population growth, raising the limit to two children per couple.

The census also highlights the challenge of sustaining consumption as the world's most populous country ages. "The average age of China's population is 38.8 years old, which is rich and strong compared to the U.S.' 38 years," Ning Jizhe, head of the NBS, told reporters during the census announcement.

But he also recognized a "structural contradiction" of falls in the working-age population and fertility rate (the average number of children a woman will have in her lifetime) on the back of an aging society.

"The proportion of the elderly population is rising fast, and aging will become the basic characteristic of our country in the future," said Ning. 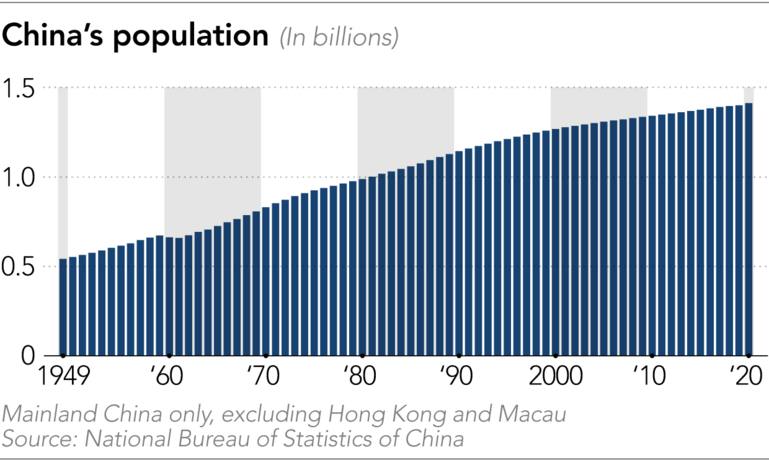 Though the proportion of people aged 0-14 grew slightly to 17.95%, up from 16.6% in the previous survey, the disparity in the population structure was underlined by the "relative low" fertility rate of 1.3, Ning added, reflecting the weakening of the current two-child policy. The government had earlier set fertility rate target at 1.8 to be achieved in the decade starting 2020.

Such shift will impact the dependency ratio, which refers to burden of caring for children and elder people on the working force, as well as the demographic dividend that fueled economic growth due to smaller households and longer mortality.

"The rapid slowing down of birth rate suggests that an underlying downward trend in the birth rate persists," said Yue Su, Principle Economist at The Economist Intelligence Unit.

China's acceleration of aging is still slower than that of developed Asian economies such as South Korea, Yue noted, and it provides opportunities for sectors providing medical and elderly care services. Even so, the shrinking working-age population will place a cap on China's potential economic growth.

"The demographic dividend that propelled the country's economic rise over recent decades is set to dissipate quickly," Yue said. 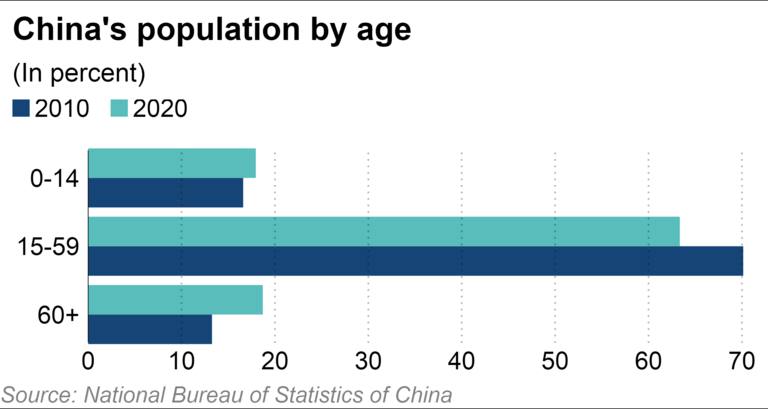 And it will pose a challenge to the investment-driven growth model, Andrew Batson, China Research Director at Gavekal Dragonomic told Nikkei Asia.

"As the dependency ratio rises and the demographic dividend fades, Chinese households in aggregate are going to save less of their income," Batson said. "The reduced supply of household savings will create more constraints on the state's ability to continue to mobilize large amounts of investment."

In March, the government floated the idea of pushing back the retirement age, currently 55 for women and 60 for men, and vowed to implement a national strategy focusing on child and elderly care. Some lawmakers called for the removal of birth restrictions in the country's less-inhabited northeast to bridge the population divide.

The urban population rose to 63.89%, up from 49.68% ten years earlier, reflecting the migration of workers from rural areas that helped sustain economic growth.

Some analysts do not see the population decline derailing China's long-term growth plan.

Fang Hanming, an economic professor at the University of Pennsylvania said the impact of population aging on the labor force will likely be blunted by automation, along with judicious and gradual increases in the retirement age.

"The population changes should not pose any problem for the goal of doubling the per capita income by 2035, provided that China transitions away from labor intensive industries to more technology intensive ones, and takes advantages of the new opportunities offered by the silver economy," he said.

According to a United Nation report in 2019, China's population is expected to peak after 2030, while India, currently at 1.36 billion will overtake China as the world's populous country around 2025.