TOKYO -- China's mounting household debt has left the ruling Communist Party with a tough choice: take action and risk alienating a key support base, or do nothing and risk a financial crisis.

Household debt reached 39.96 trillion yuan ($5.86 trillion), or 48.4% of China's gross domestic product, in the last three months of 2017, according to the Bank for International Settlements. Though lower than the 76.1% average among developed countries, the figure tops the comparable 39.8% among emerging economies, said Chen Yanbin, assistant dean for the School of Economics at Renmin University of China.

Following the global financial crisis in 2008, China's regional governments and state-owned enterprises took on big infrastructure and real estate projects to buoy the economy. Many companies outside the financial sector found themselves deep in debt.

While government debt remains under 50% of GDP, the corporate figure hit a staggering 166.4% in 2016. Beijing reacted quickly, pushing measures to curb corporate borrowing.

Yet household debt continues to climb, largely because of rising housing prices.

Chinese individuals held 22.86 trillion yuan in mortgages as of the end of March, the People's Bank of China says. This amount totals nearly 60% of all household debt and stands on track to grow another 20% this year. 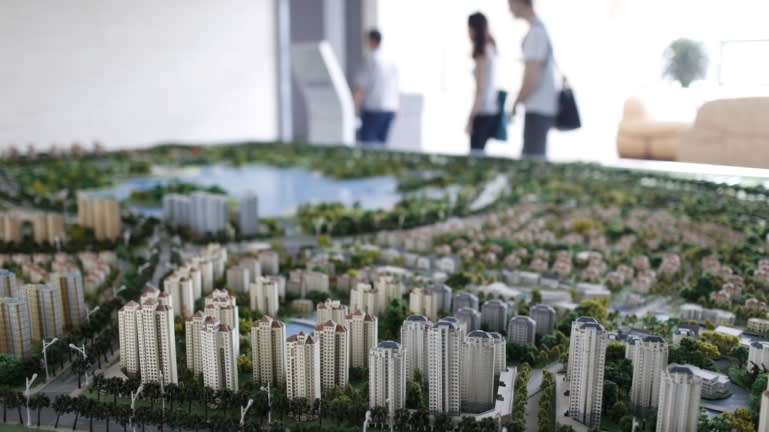 Some speculate that Chinese authorities will toughen the application process for mortgages. Others believe Beijing cannot afford a drop in housing prices, which would disproportionately hurt homeowners in big cities.

The growing gap between the haves and have-nots represents one of China's biggest social risks. But while an uprising of the disgruntled poor may be a nightmare scenario for the Communist Party, a rebellion by the middle and upper classes could prove equally damaging -- a lesson that was learned in the Chinese civil war that brought the Communists to power.

In 1948, the Kuomintang-led Republic of China forced individuals to turn in their gold, platinum and foreign currency to exchange for the "gold yuan." The new currency became virtually worthless in just six months, which cost the party heavily in support from the wealthy and business owners. The Kuomintang retreated to Taiwan the following year while the Communist Party took control of the mainland.

Today, the Communist Party relies more on the urban middle class than its historical support base of farmers and laborers. And these urbanites could easily turn on the party if their dream homes -- often purchased with mortgages more than 10 times bigger than their annual salaries -- drop in value. Beijing is likely to do whatever it takes to curb big changes in housing prices, even if it means adding a new distortion to the market.