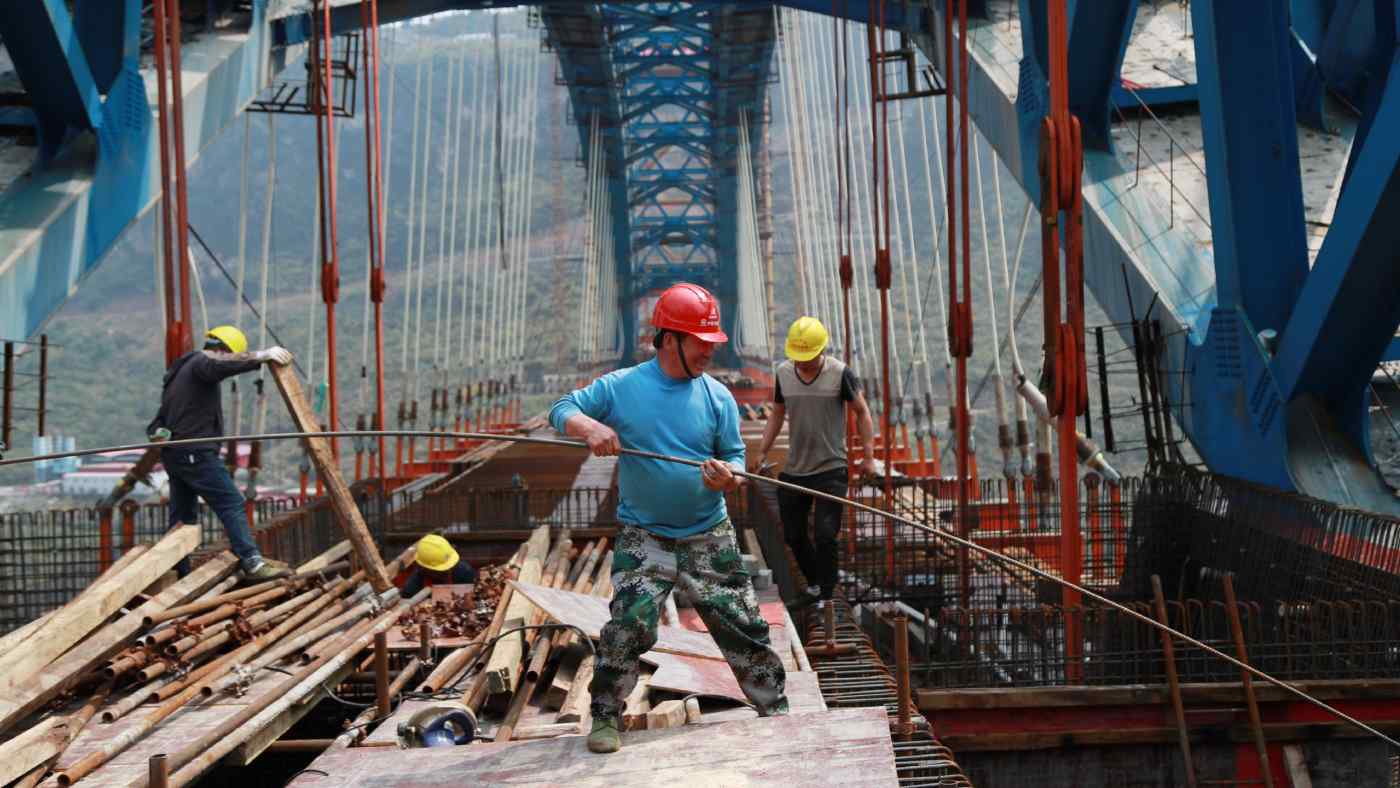 HONG KONG -- China's big four state banks have reported healthy finances for the first half of the year, with profits growing and bad debts shrinking. But for the second half, they intend to expand loans at the government's behest, posing the risk of falling backward again.

Bank of China President Liu Liange said his bank's lending will keep growing steadily in the second half and support the construction of the government-backed Xiong'an New Area -- a city being developed from the ground up outside Beijing -- as well as President Xi Jinping's Belt and Road infrastructure initiative.

The statements follow a directive issued in August by the China Banking and Insurance Regulatory Commission that instructed the lenders -- which also include Industrial and Commercial Bank of China and Agricultural Bank of China -- to increase lending to export businesses and other borrowers. The body also aims to revise how banks' capital-to-asset ratios are calculated to make it easier for them to invest in municipal bonds.

But the divergence from Beijing's ongoing war on debt may create more risk in the long term, reversing the gains made by the banks in the first half.

First-half earnings showed the lenders rallying after several years of low growth. Collective net profit rose 5.7% year on year to 532.1 billion yuan ($77.9 billion), while the lenders' average ratio of bad debt fell 0.06 percentage point in six months to 1.52% at the end of June.

"New loans for individuals performed strongly, and the quality of our assets improved," ICBC Chairman Yi Huiman said on Thursday. The bank's net profits rose 4.5% to 160.7 billion yuan ($23.5 billion) in the first half. The ratio of nonperforming loans dropped by 1 basis point from the beginning of this year to 1.54%.

"Despite the pressure we face due to uncertainties caused by the U.S.-China trade dispute to the world economy, we still have confidence in maintaining generally stabilized asset quality," Yi said.

Agricultural Bank of China President Zhao Huan claimed to be confident in the direction of the Chinese economy, but added that the trade war's impact must be viewed carefully.

The Chinese government has undertaken structural reforms designed to build long-term economic and financial stability by reducing funding to underperforming projects and less-competitive businesses. That effort has squeezed smaller lenders by driving up procurement costs, but profit margins rose for the four deep-pocketed state banks.

The crackdown on so-called shadow banking, or loans made through nonbank entities, and peer-to-peer lending have also shifted more business to the big lenders.

The four banks intend to make improving asset quality an ongoing effort, said Agricultural Bank of China Vice President Guo Ningning. But softening their lending policies could leave them saddled with bad debt down the road.

Though the banks' first-half earnings reports showed bad-debt ratios shrinking, the scale of the bad loans remains high. Behind the lower ratio if the fact that overall lending has grown. The four banks' collective assets have tripled in the last decade.

Moreover, some point out that one method of managing the bad debt -- selling it to state-owned asset management companies to clear the banks' balance sheets -- still leaves the government on the hook for the risk.

The ratio of bad debt at China's commercial banks, when including midsize and smaller lenders, rose 0.12 percentage point in three months to 1.86% at the end of June, according to the regulatory commission. Rising defaults on corporate debts may also test banks' risk management abilities.