China's 'two-child policy' will do little for population growth

Customers talk to a sales assistant as they shop for milk powder in front of shelves displaying imported baby products at a supermarket in Beijing on August 5, 2013.   © Reuters

TOKYO -- It has been a year since China formally abolished its more than three decades old one-child policy in January 2016, replacing it with a two-child policy that unconditionally allows all married couples to have two children. 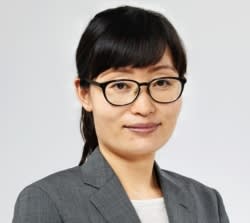 The Nikkei Asian Review recently interviewed Weilin Zhao, a senior associate at the Fujitsu Research Institute's Economic Research Center, asking her whether the two-child policy might lead to a baby boom, as expected by the government. Weilin expressed pessimism about the effect of the new policy on population growth. She also said the Chinese market offers business opportunities for Japanese companies that sell baby care products. The Chinese-born researcher has previously written a paper on the effectiveness of the two-child policy.

Q: Do any available data indicate an increase in China's births?

A: To obtain official data, we have to wait for the Statistical Communique on the 2016 National Economic and Social Development, which is set to be published around February by the National Bureau of Statistics of China. But I am quite pessimistic about the two-child policy's potential ability to boost birthrates. For instance, two-child pilot programs have been carried out in four areas of the country since the 1980s: Yicheng in Shanxi Province, Jiuquan in Gansu Province, Ensui in Hubei Province and Chengde in Hebei Province. However, fertility rates in the pilot areas were actually very low, at 1.6 or less. The results of the experiments suggested that the policy of allowing couples to have two children is unlikely to [give an impetus to] population growth, due to the country's economic development. Although China's newborn population in 2014 increased [by] 470,000 from the previous year, it is hard to believe that proceeding [with the] easing of the one-child policy led to an extra 470,000 newborns.

Q: Statistics aside, can you tell me how most Chinese people reacted to the country's two-child policy shift?

A: I contacted several fellow alumni of my junior high school and university in China via WeChat -- China's popular messaging app -- and asked them whether they are willing to have a second child. Some of my friends whose children are 5 or 6 years old said they do not want to give birth to another child, because they have just completed the most labor-intensive period of child rearing. Another friend whose child goes to junior high school voiced her reluctance to have a second child, citing long intervals between pregnancies. As my ex-university classmates who have pursued careers tend to marry later, they said it would be hard for them to give birth after moving into middle manager positions. Although many women expressed willingness to have a second child, they said they are unable to do so due to the high cost of raising a child, and also because their parents are too old to [assume the responsibility of] caring for grandkids.

Q: Does this mean there is only a slim hope that China's baby care products market will continue to grow?

A: Even if the prospect of having a second baby is not rosy, I think the Chinese market for baby- and child-specific products is attractive enough for Japanese companies. Chinese consumers have a greater degree of trust in Japanese products, such as disposable diapers, milk powder and baby clothes. When my Chinese acquaintance recently visited Japan, she let me see her itinerary that mostly included visits to shopping districts. She took a trip to this country in order to refresh herself after she felt very exhausted caring for her 7-month-old daughter all the time. However, another purpose [of] traveling was to buy things for her baby.

Q: It is said that Chinese tourists' shopping sprees have slowed down. What is your take on this?

A: Chinese tourists remain very keen on shopping. The rise in the yen's value was the main factor in making shopping in Japan less attractive to Chinese visitors. But the yen's recent weakness has helped lure more Chinese shoppers back to Japan. Chinese customers' appetite for consumption of Japanese goods remains strong, and their interests have widened to include services and experiences in this country. For instance, moviegoing may become one of their most favorite experiences in Japan.

Q: How much demand for Japan's educational services can we expect in China?

A: These services are proving popular there. I've seen a message via the internet saying that "I sent my child to one of the preschool classrooms operated here by a Japanese company, and I'm very glad to know that curricula in the early education program [are] effective in my child's learning and development, though I was initially a little doubtful about the effects of the program." Many parents of only children are preoccupied with providing them with good early education in order to give them a head start amid intense academic competition.

Q: What do you think is needed to promote Japanese baby care products in China?

A: The important thing is to expand their sales channels, build an inventory control system and ensure quick product delivery. Child safety seats made by Japanese firms and popular among Chinese consumers are sold at Chinese department stores, with their price tag nearly 10,000 yen ($87.15) higher than those available in Japan. Therefore, the adoption of quasi-equal pricing strategies between Japan and China could pave the way for Japanese firms breaking into the Chinese market successfully. As Chinese consumers are very sensitive to the price gap between China and the rest of the world, they often browse even on Japanese price comparison websites or ask their friends for advice, before they buy.

Q: What are the impacts of China's draconian one-child policy on Chinese society?

A: The problem of China's so-called "shidu" parents, those who have lost their only child to illness or an accident, is getting even more serious. The number of "shidu" parents amounted to about 1 million in 2012. For these childless parents, who were deeply grieved at the passing of their only child, the prospect of aging is far more daunting. The Chinese government provides them with welfare subsidies. In fact, Beijing's shift to the two-child policy was urged by "shidu" families. Meanwhile, as many persons born as the only child to a family are generally from a relatively wealthy background, they are in a position to choose their lifestyle freely. This trend has [spawned] a large number of young entrepreneurs, born in the 1980s and 1990s. I think this is a bright side of the impact.