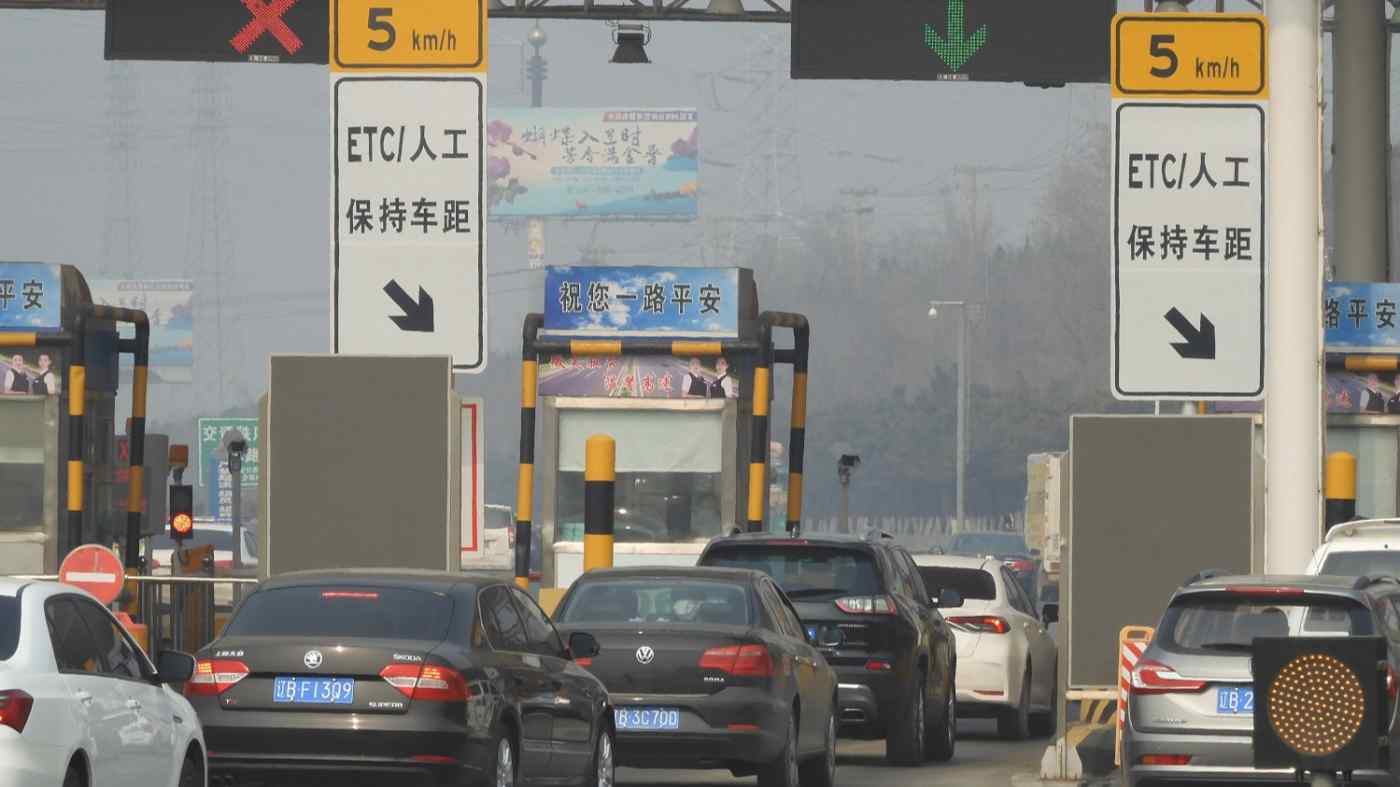 Tollbooths on a highway in Dalian, China. There are plans to extend the national highway network by about 50%. (Photo by Shin Watanabe)
SHIN WATANABE, Nikkei staff writerMarch 16, 2021 10:31 JST | China
CopyCopied

DALIAN, China -- China plans to extend by 47% the total length of its national expressway system by 2035 to support regional economies, but the projects will only compound the massive debt incurred.

Expressways under the purview of the central government totaled 108,600 km at the end of 2019. Plans are to increase this to 160,000 km, according to the transport ministry.

Considering China had 150,000 km of expressways at the end of 2019, including those managed by local governments, the grand total is sure to exceed 200,000 km. The U.S. had about 98,000 km of expressways as of 2020, according to the Federal Highway Administration. The Chinese lead is expected to widen further.

An extended highway network would facilitate shipments of regional specialties to Beijing and Shanghai, while tourists and businesspeople would have an easier time visiting various regions from big cities. And highway construction creates jobs.

But expressways are a difficult business. Tolls and other revenue totaled 593.8 billion yuan ($91 billion) in 2019, while total spending, including debt servicing and repairs, came to nearly 1.08 trillion yuan. One reason for the shortfall is that military and police vehicles can use expressways for free, while tolls are waived for all users during such extended holidays as the Lunar New Year.

"The losses are the result of construction of expressways in regions with low traffic volumes that did not need them," said Zhao Jian, a professor at Beijing Jiaotong University.

For local governments, the priority is to create jobs and nurture related industries through highway construction. How much the completed roads will be used is of secondary importance.

"The leaders of local governments focus on results [such as economic growth] during their terms spanning a few years," Zhao said. "They don't care about debt repayment after construction is complete."

Expressway-related debt slightly exceeded 5.8 trillion yuan, or $890 billion, at the end of 2019 -- equivalent to 5.9% of gross domestic product. While the central government's finances are still sound, social security expenses will grow sharply as the population grays. China's high-speed rail system has similar debt, so the twin liabilities of expressways and railroads are expected to weigh on the nation's coffers.

Premier Li Keqiang said at the National People's Congress on March 5 that expressway tolls will be differentiated by region, with lower tolls where traffic is light. But such a measure to increase highway use risks hindering the repayment of debt.