Forecasts chart next 15 years for India, Vietnam and other key economies 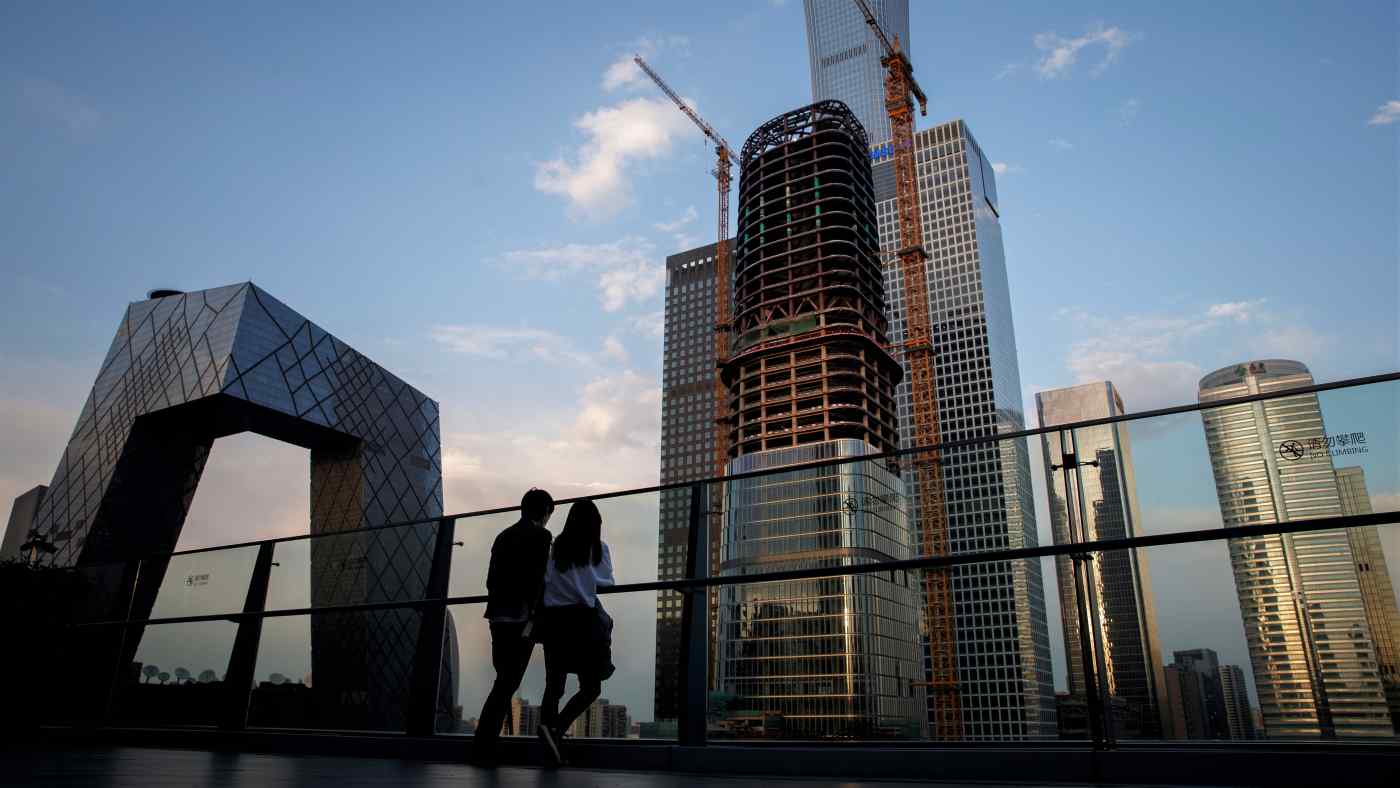 TOKYO -- The Chinese economy is likely to surpass that of the U.S. in either 2028 or 2029, as the Asian giant emerges from the coronavirus pandemic in a position of strength, a new study by the Japan Center for Economic Research shows.

The nonprofit organization's sixth annual report on medium-term forecasts -- released on Thursday and titled "Asia in the coronavirus disaster: Which countries are emerging?" -- looks at the impact of COVID-19 across 15 Asia-Pacific economies through 2035.

It covers two main scenarios: a "baseline" or standard scenario, in which the crisis is a transient event like an earthquake, and an "aggravated" scenario that wreaks havoc on structural trends such as globalization, urbanization and innovation. Either way, China's quick success at containing the virus is expected to help it top the U.S. by the end of this decade.

"Due to the impact of the novel coronavirus, many countries are expected to suffer deeply negative growth rates for 2020. But while COVID-19 infections have spread to nearly every country worldwide, not all of them have been affected to the same degree," the report notes. "The differences seen now will make a considerable difference to countries' economic scale 15 years from now." In 2020, only China, Vietnam and Taiwan are on track to maintain positive year-on-year growth rates. India's rate is likely to be negative by more than 10%, while the Philippines is expected to see a contraction of more than 8%. Hong Kong, Thailand, Canada, Malaysia and Singapore are all facing gross domestic product shrinkage of more than 6%.

But JCER's baseline scenario assumes that in four to five years, key economic variables return to trends seen before the global health crisis.

Despite China's economic slowdown in recent years, due to demographic challenges and declining investment, its economy is still forecast to be growing at a roughly 3% clip in 2035. In the U.S., sluggish productivity is seen holding the growth rate to about 1% in 2035.

JCER's standard scenario envisions China overtaking America in 2029. And by 2035, China's economic scale, including Hong Kong, would reach $41.8 trillion -- only slightly less than the combined scale of the U.S. and Japan at that point, at $42.3 trillion.

China is poised to become a high-income country even earlier, in 2023, and its income per capita should reach $28,000 in 2035 -- comparable to Taiwan's figure today but still shy of the Chinese government's assumed target of $30,000.

The baseline scenario also paints a bright picture for Vietnam, which is seen maintaining a growth rate of about 6% in 2035, thanks to strong exports. This would propel the Vietnamese economy past Taiwan's in 2035 in terms of scale, and make it the second-largest economy in Southeast Asia after Indonesia. Vietnam is poised to achieve upper middle-income status in 2023, with income per capita approaching $11,000 in 2035. Taiwan, for its part, has been one of the most successful economies in fighting the coronavirus pandemic, but its growth rate is projected to drop to 1% in 2035 as a result of its aging population.

Over in India, the current growth rate will slow significantly due to the virus, but the country is likely to experience a rapid recovery and should be capable of achieving 5% growth in 2035.

"By 2033, our baseline scenario has India overtaking Japan in terms of its economic scale, but its income per capita would still not reach the upper middle-income level by 2035," the report says.

The impact of COVID-19, however, could prove to be far deeper and broader -- damaging not only today's economy but also affecting urbanization, trade openness, R&D spending and other factors over the medium term.

The report notes the higher death rates in Europe and North America, as well as the persistent spread of the virus in South and Southeast Asia. In the aggravated scenario, the U.S. and Canada suffer the most damage -- along with India, the Philippines and Indonesia, the three of which count on large numbers of citizens working abroad and sending remittances home.

The report sees urbanization rates lagging behind the standard scenario and argues that "a slowdown in global trade would affect each country's degree of trade openness, while flows of immigrant workers would be obstructed as well."

On the other hand, this scenario assumes that digital innovation would continue to accelerate and that R&D spending would in fact be higher than in the standard scenario, except in the five hardest-hit countries.

The growth rates of the U.S., Vietnam, Singapore and others in 2035 would be significantly lower than those under the standard scenario, largely due to trade blockages. But while China would also be susceptible to the trade downturn, this would be offset by an increase in research outlays. China would thus still emerge in a strong position. Growth rates in Japan and Australia, meanwhile, would pick up thanks to R&D investment.

"All things considered, China's economic scale would surpass that of the U.S. in 2028, a year earlier than under the standard scenario," JCER says. "As of 2035, the gap with the U.S. would widen, bringing the economic scale of China including Hong Kong to $41.8 trillion -- slightly more than the $41.6 trillion for the U.S. and Japan combined."

In this case, India's economic scale would not catch up with Japan's even in 2035, because Japan would grow at a faster rate than under the standard scenario. Vietnam's economic scale in 2035 would still be smaller than that of Taiwan.