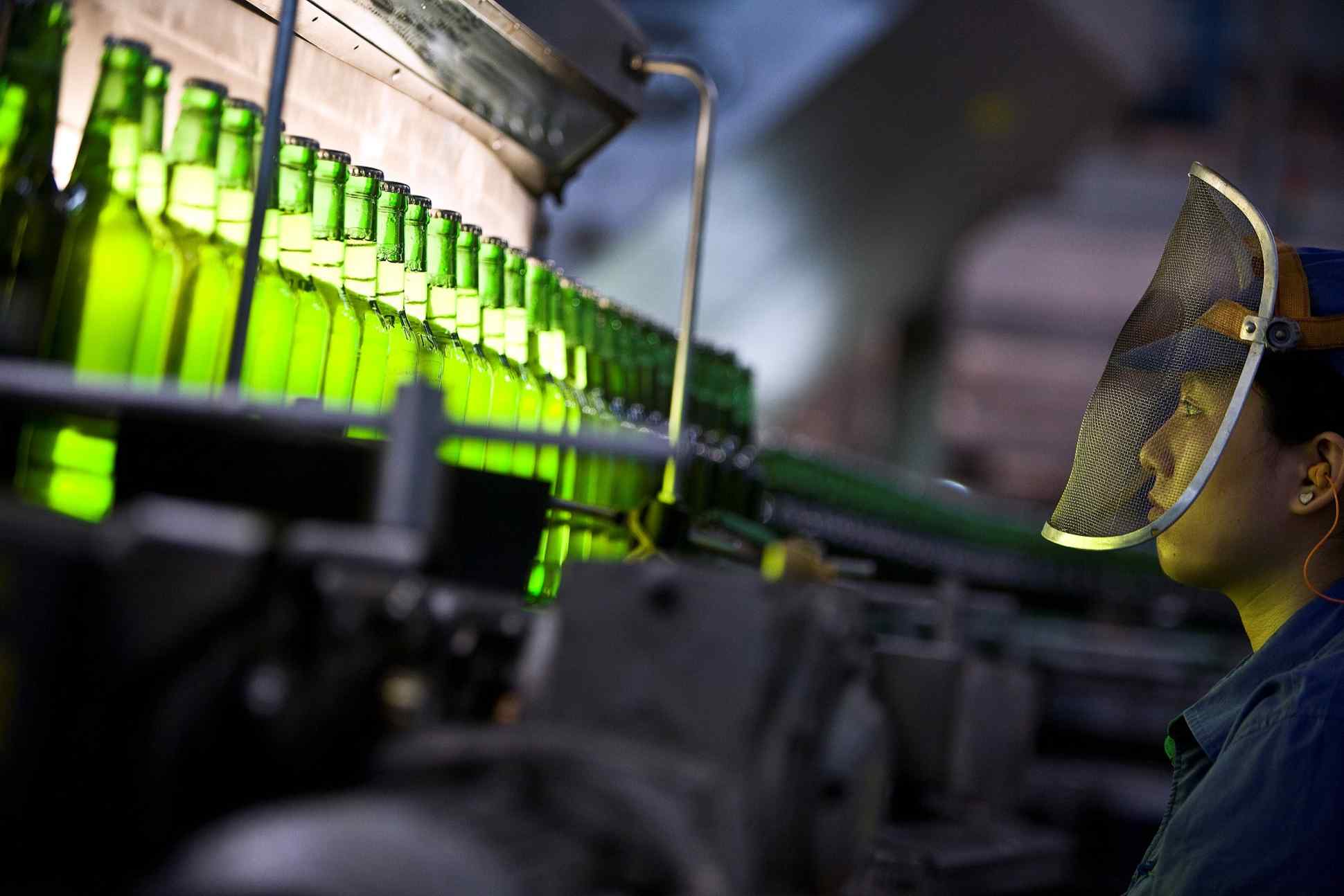 A worker looks on as she goes through a quality control process at the Tsingtao beer factory in Qingdao, Shandong province, China.   © Reuters
Economy

For Tsingtao and other brewers, the good times could be short-lived

DALIAN, China -- After a prolonged sales slump, China's beer industry is showing signs of recovery, with three big brewers posting growth in sales and profits for the first half of 2017 on a year-on-year basis.

The long-awaited recovery comes on the back of an economic pickup driven by increased public investment, especially on infrastructure, ahead of the Chinese Communist Party's quinquennial national congress. If the government takes its foot off the gas after the party gathering, which is likely, the beer recovery could be short-lived.

China Resources Beer, Tsingtao Brewery and Beijing Yanjing Brewery reported improved financial results for the January-June period. But the odds are high that their sales will lose steam in the second half of this year.

China Resources Beer held a press conference in Hong Kong at the end of August to announce its financial results for the January-June period. CEO Hou Xiaohai expressed confidence that the company would be able to continue to outperform the overall market. 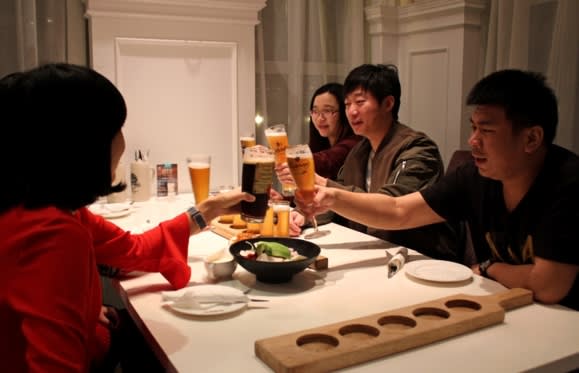 Chinese brewers make a lot of their money off the same people who have been benefiting from the government's spending spree ahead of this week's national congress.

China Resources Beer's first-half sales grew at a faster pace than China's overall beer market, which posted a year-on-year increase of 0.8% in terms of volume in the January-June period.

Chinese beer sales, long mired in the doldrums, could grow on a full-year basis for the first time in four years in 2017.

Year-on-year sales and net profits also grew at Tsingtao Brewery and Beijing Yanjing Brewery during the January-June period, albeit at a slower pace than those of China Resources Beer.

Beer sales in China peaked in 2013. Since then, younger Chinese have been drinking less beer than previous generations, and foreign brewers have been fighting for market share.

At first glance, China's brewers appear to be recovering. But in reality, the industry's situation remains mostly unchanged.

Ordinary Chinese worry about income and employment. In what appears to be a dole-out policy, the Chinese government has boosted public investment, especially on infrastructure projects, temporarily lifting economic activity.

China's communist rulers see a need to shore up the faltering economy and thereby ensure social stability. One of their motivations has been the Communist Party's national congress, which began on Oct. 18. Beer sales tend to be affected by economic conditions. Chinese brewers mostly produce cheap products for low-income people, who have seen their incomes rise as a result of the increased infrastructure spending. This has translated into bigger sales and profits for the three big brewers.

But odds are the brewers' sales will gradually lose momentum after the national congress.

In fact, in August China's beer production volume declined 2.5% from a year earlier, according to the country's National Bureau of Statistics. The dip came right in the middle of peak demand season. 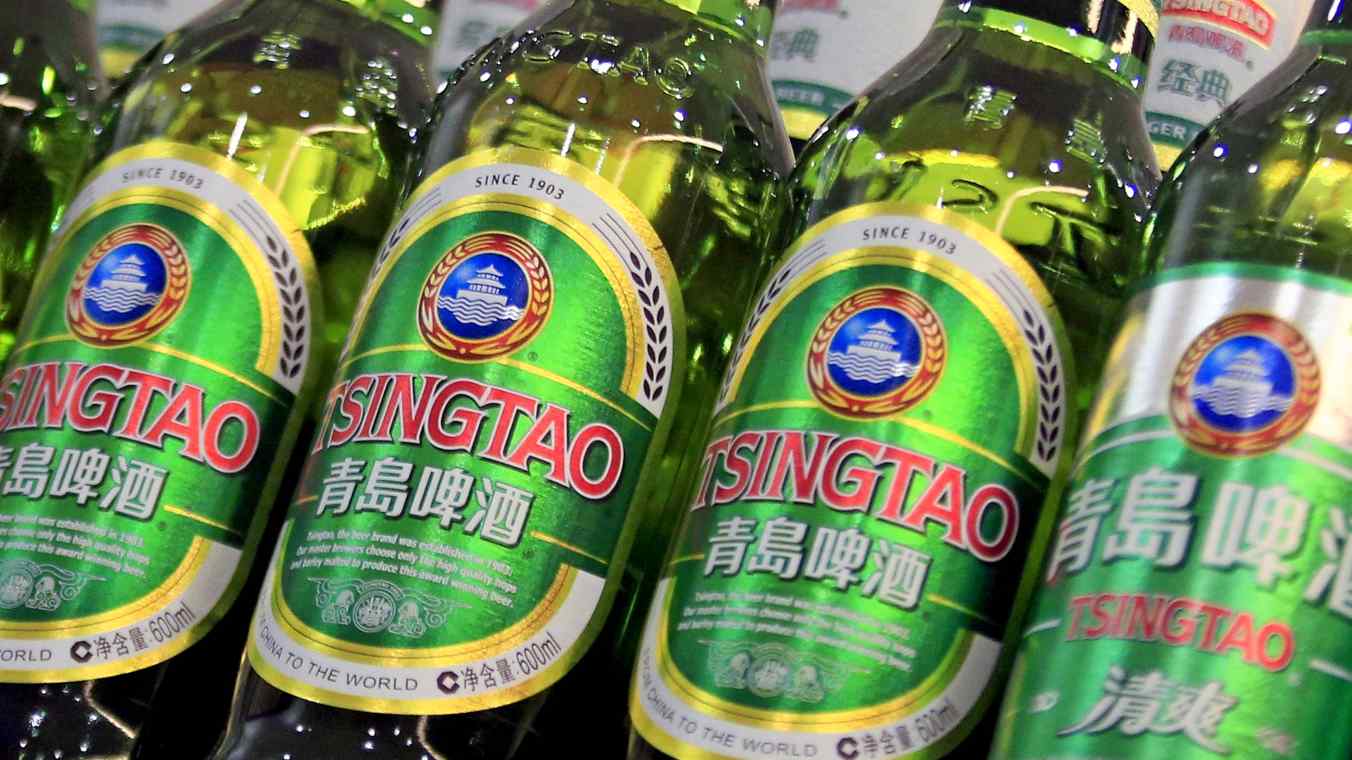 And despite the national government's indirect support, Chinese beer production in the January-August period grew only 0.5%, making it more likely that annual output will remain almost flat.

On Oct. 12, major Japanese brewer Asahi Group Holdings announced that it was considering divesting its stake of about 20% in Tsingtao Brewery.

The partnership has failed to bring Asahi any particular benefit, and now the Japanese brewer wonders whether Tsingtao can revitalize itself in a sluggish domestic market.