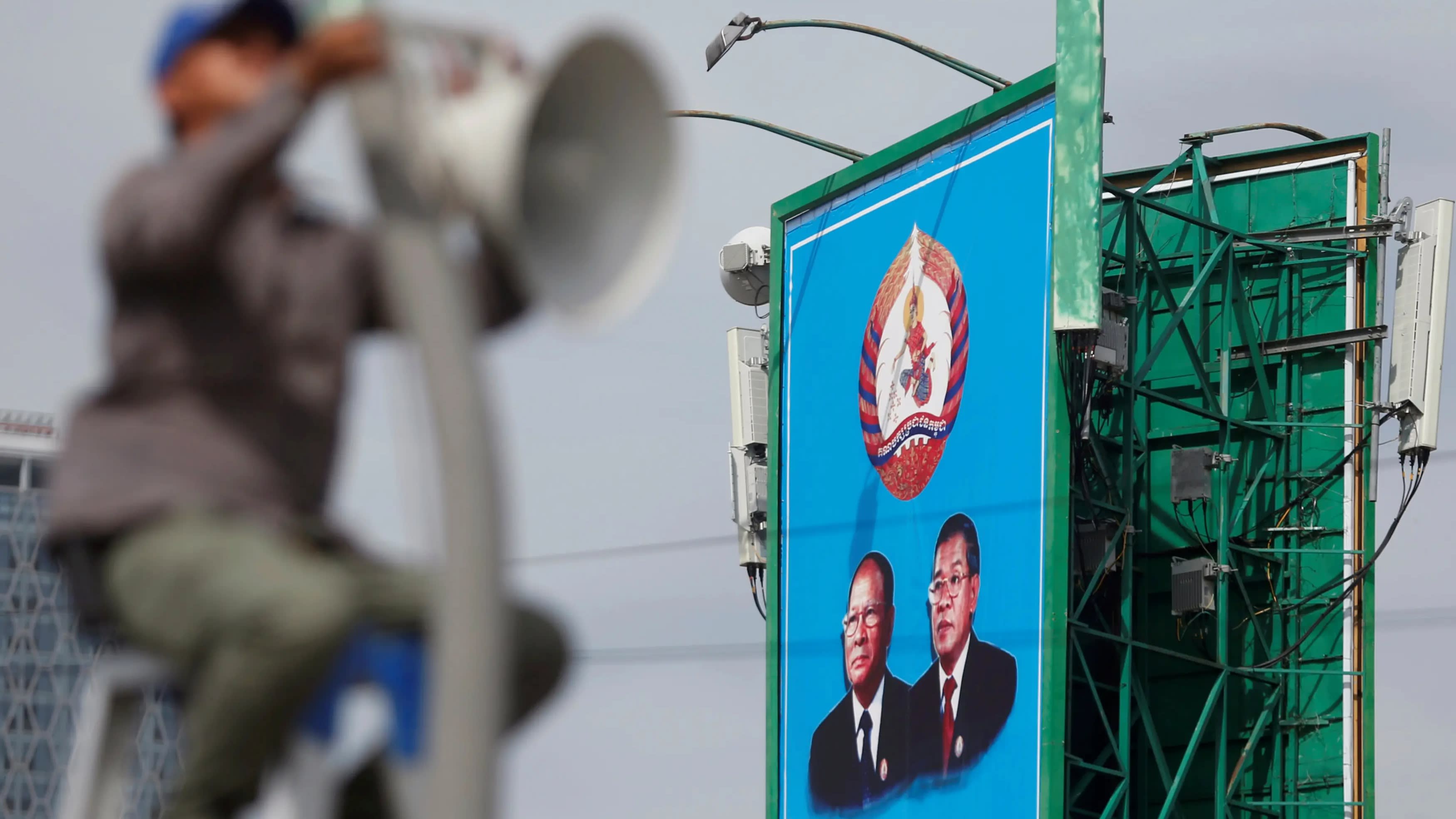 PHNOM PENH -- Regular power blackouts are plaguing Cambodia where the national grid is starved by drought-stricken hydropower plants and stressed by booming demand from heavy Chinese investment in the construction sector.

"Work just stops," Em Sokyenn told the Nikkei Asian Review. His Phnom Penh print shop has suffered power cuts lasting hours. These were first announced in mid-March and are expected to continue until the end of the dry season in May.

"Last year, there were blackouts but not as bad as this," he said. "It affects business -- work we are supposed to finish in a day takes two or three."

Prime Minister Hun Sen said in a recent speech that an El Nino-induced dry spell has reduced hydropower generation, and that the problem has been compounded by a sharp increase in construction. The combination has thrown out the government's energy planning, he said.

According to Hun Sen, the first two months of 2019 saw a 700% increase in construction year on year. "When construction goes up, the need for power also increases enormously," he said.

The building surge has seen almost 6,000 projects valued at more than $11 billion approved in the past two years, according to the Ministry of Land Management, and there is no sign yet of a slowdown.

"I don't think the construction boom has even started," Tom O'Sullivan, chief executive of Realestate.com.kh, an online property site, told Nikkei. He said Chinese investors are driving growth in the condominium segment while local buyers are buying into other property developments.

James Hodge, associate director of CBRE Cambodia, a real estate company, said condominium stock in Phnom Penh is expected to increase about 120% this year, with some 30,000 completed units available. "A lot is still under construction," he said.

On April 5, Hun Sen said a plan to lease a 200 megawatt Turkish floating power station to help plug the 400mw energy deficit had been cancelled.

Government spokesman Phay Sophan told Nikkei that the Turkish plant could not be delivered in time to meet the "urgent need." He also mentioned contractual disagreements, including on pricing. As stop gaps, there are plans to buy more electricity from Thailand, Laos, and Vietnam, and also from private power suppliers.

Ty Norin, a secretary of state for mines and energy, told Nikkei that an additional 55mw has already been secured from Thailand, and negotiations with other neighbors continue. He said additional power needs would be taken on board in future plans. "We will not allow this to happen in 2020," he said.

Investment in power generation comes as the government attempts to cut electricity rates that are among the highest in Southeast Asia and have long been a complaint among consumers and investors.

Brett Sciaroni, the U.S. chair of the International Business Chamber of Cambodia, called the situation a "double whammy" for investment. "First of all, it's more expensive than our neighbours, and second you have frequent power outages," he said. "I don't know how aware the international business community is of the situation, but it needs to be rectified if we are going to sustain the same high level of foreign direct investment that we have enjoyed over the years."

While urging patience, Hun Sen has lashed out at critics. He threatened to deny electricity to those who suggest the power cuts are a deliberate ploy to justify more hydropower dams, which are controversial for their environmental impact and displacement of poor communities.

With backing from China, Cambodia has invested heavily in hydropower to meet rising power demand, which rose from 490mw in 2008 to 2,650mw last year.

Hydro last year provided about half of Cambodia's energy needs, with coal making up 34%, and imports forming most of the rest, according to official figures. In a statement discussing energy solutions on April 5, the government said plans for a 80mw hydropower project in the western province of Pursat, would move ahead.

It also pointed to three solar power projects in the pipeline, including a 60mw facility coming on line soon in Kampong Speu near Phnom Penh. Overall, however, renewables are expected to contribute less than 1% of the energy supply in 2019.

Courtney Weatherby, a Southeast Asia research analyst at the Stimson Center, an independent U.S. policy think tank, said the shortages should spur moves to diversify power supplies and speed up the introduction of renewables, particularly given Cambodia's vulnerability to extreme weather, such as droughts and floods, brought on by climate change.

"This is not the only country, but I think it is a fair assessment to say that it has put too many eggs in the hydropower basket and just hasn't diversified supply enough," Weatherby told Nikkei, noting the current crisis was foreshadowed by a severe drought in 2015.

"Realistically having more than half of your supply coming from one energy source, which can be hit in the way it's being hit right now by a shock to the system, is not resilient."