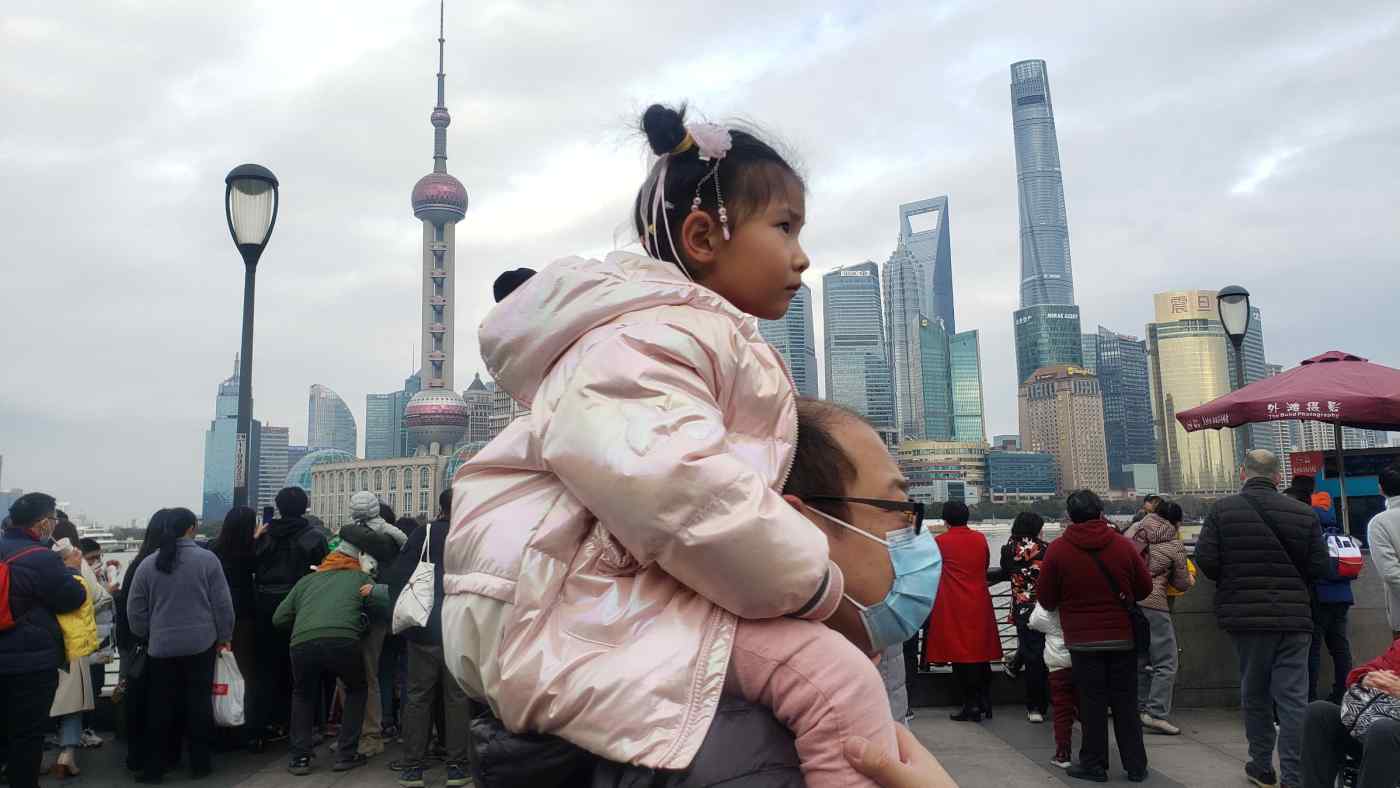 SHANGHAI/BEIJING -- China is not having success in convincing couples to have two children. The size of the average Chinese family shrank to 2.62 people in the latest census, down 0.48 from a decade ago, despite the repeal of its one-child policy.

Young couples are finding it impossible to have a bigger family as education and housing costs weigh heavily on their budgets.

"I can't possibly have a second child," said Han Yi, a 39-year-old nurse living in Shanghai. Together with her accountant husband, the couple makes 500,000 yuan ($77,837) a year. But much of that income is spent on the education of their daughter, who is in third grade.

Han's parents are too old to look after her daughter, adding to the childrearing pressure. The government eased its one-child policy to allow couples to have two children in 2016, but most other families in her neighborhood have not taken advantage of the rule change, she said.

The National Bureau of Statistics, which released a one-in-a-decade census on Tuesday, attributes the decline in family size to such causes as more frequent relocations by people and married couples choosing to live separately from their parents.

But the data paints a clear picture of a declining birthrate and the rise of nuclear families in a sign of how decades of birth restrictions have become entrenched in society.

China's social security fund, which covers pension benefits, as well as medical, work injury, unemployment and maternity insurance is no longer able to make ends meet with premium income. In the 2021 budget, the fund's expenditures are set to exceed 8.6 trillion yuan, more than double the 4 trillion yuan in 2015.

The fund now relies 25.5% of its revenues on the government coffers, up nearly 3 points from 2015.

The heavy social security costs are a direct blow to the working-age population but they could also weigh on expenses used to maintain public safety and military spending -- two pillar programs that have sustained Communist Party control.

Last month, the People's Bank of China, the central bank, released a working paper calling for a swift and complete repeal of childbirth restrictions.

In issuing the dire warning, the PBOC looked at Japan's post-bubble economic growth. Its gross domestic product struggled to grow on a per capita basis, but the GDP gained steadily among the working-age people, the PBOC observed.

The decline of the working-age population would be devastating to economic growth, the paper argued. China cannot overcome the threat from the aging population with technological advances and educational improvement. 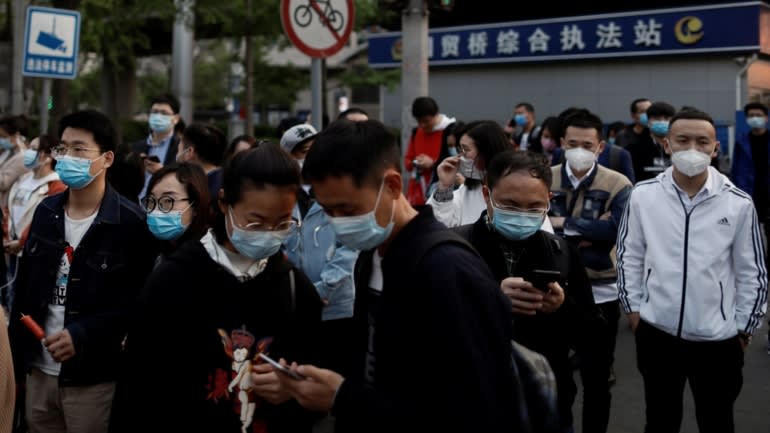 Beijing's central business district: China's ratio of working-age individuals to elderly people has fallen by nearly half since 2000.   © Reuters

Yet few government officials advocate an outright repeal of birth restrictions. After the one-child policy was fully put in place around 1980, the number of births peaked at 25.29 million in 1987, dropping by nearly 10 million two decades later.

Even after the policy achieved its goal of reining in population growth, family planning regulations remain in place.

"That's because a repeal across the board would only increase the low-income rural population," said a researcher at the Chinese Academy of Social Sciences.

Wang Yu, a 39-year-old man working in the northeastern Heilongjiang Province, puts that view in doubt.

"Even if they end the birth limit, I don't intend to have more kids," said Wang.

Wang once tried to eke out a living as a farmer in a village, then became a migrant worker three years ago when the money was not enough. He now delivers food on a motorbike in Harbin, a city two hours away.

The one-child policy has created a generation of parents devoted to making sure their only child has a good schooling. This has fueled a surge in educational costs, and the exorbitant bills are being shared by urban and rural households alike.

Abandoning a policy that has been promoted by the highest levels of leadership for over 40 years will not be an easy task. There is also no mechanism in China to accurately assess policies, at times allowing misguided programs to continue.