Chinese currency policy expert pessimistic about cooperation with US

SHANGHAI -- Zhou Yu, China's leading currency policy maven, recently told The Nikkei that currency policy coordination between China and the U.S. is unlikely. In the interview, Zhou, a top economist at the Shanghai Academy of Social Sciences, also predicted that it will be a long while before the yuan becomes a key international currency.

Q: What kind of lessons did China learn from the 1985 Plaza Accord? 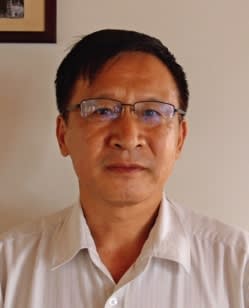 Zhou Yu is director of the Research Center of International Finance at the Shanghai Academy of Social Sciences.

A: The Plaza Accord triggered a rapid appreciation of the yen. The Bank of Japan started large-scale monetary easing to deal with the negative effects of the yen's rise, thereby causing the formation of a real estate bubble.

China's intervention in the currency market to sell the yuan and buy dollars in order to curb the Chinese currency's appreciation against the greenback inevitably increases liquidity in the economy. That could lead to a Japanese-style liquidity bubble. As a result, the Chinese government has been reluctant to carry out drastic intervention to sell the yuan and buy dollars. This partly explains why the yuan had been trending up until last year since the foreign exchange system reform implemented in 2005.

Q: Why has China devalued the yuan?

A: One objective was to shore up export growth. In tandem with the dollar's climb, the yuan's real effective exchange rate rose by about 20% during the period between June and August in 2014. This cramped growth of China's exports to Europe, the largest overseas market for Chinese goods.

The principal lesson of the 1997 Asian currency crisis is that a fixed exchange rate system tends to spawn a crisis (by producing distortions in financial markets). China's move to devalue the yuan on Aug. 11 was a step in the direction of liberalizing the currency so that its value is determined more by the market. It was aimed at making it easier to prevent a currency crisis by allowing the yuan's exchange rates to move more flexibly.

Q: How do you see the outlook for the yuan in the coming months?

A: The big problem with the Chinese economy is that it is losing its international competitiveness because wages and the yuan have risen too fast. The Chinese economy is now reaching the so-called Lewis Turning Point, which means fast economic growth driven by cheap labor has run its course. Major adjustments in both wages and the value of the yuan will become necessary. I don't think the yuan will keep moving only in the downward direction. But the pace of its upward move will slow down considerably.

A: The relationship between China and the U.S. is not as close as that between Japan and the U.S. Chinese policymakers don't feel the need to work with their U.S. counterparts in the area of currency policy, and such bilateral cooperation is unlikely to happen. When a global financial crisis takes place, the two countries will make concerted responses to the situation, of course.

With regard to currency policy, China places greater importance on its cooperation with neighboring countries with which it has close economic ties, such as Southeast Asian nations. One typical example of this stance is Beijing's campaign to strike currency swap agreements with neighboring countries. China and other Asian countries that have learned bitter lessons from the Asian currency crisis have struck currency swap deals to improve their preparedness for similar emergencies.

Q: How do you assess the possibility of the yuan becoming a key international currency?

A: China's economy will eventually become bigger than that of the U.S. But it took the dollar 70 to 80 years to replace the British pound as the world's premier reserve currency after the U.S. economy surpassed the British economy in size.

The tight regulatory restrictions on transactions in the yuan will also hamper the currency's rise to the status as a key international currency. It will be more than 10 years before transactions in yuan-denominated stocks and bonds will be completely liberalized. The pace of these currency reforms are likely to slow down due to the turmoil that gripped China's financial markets this summer. It will be a long time before the Chinese currency becomes a key international currency.