Orders are strong for construction equipment, tools and robots 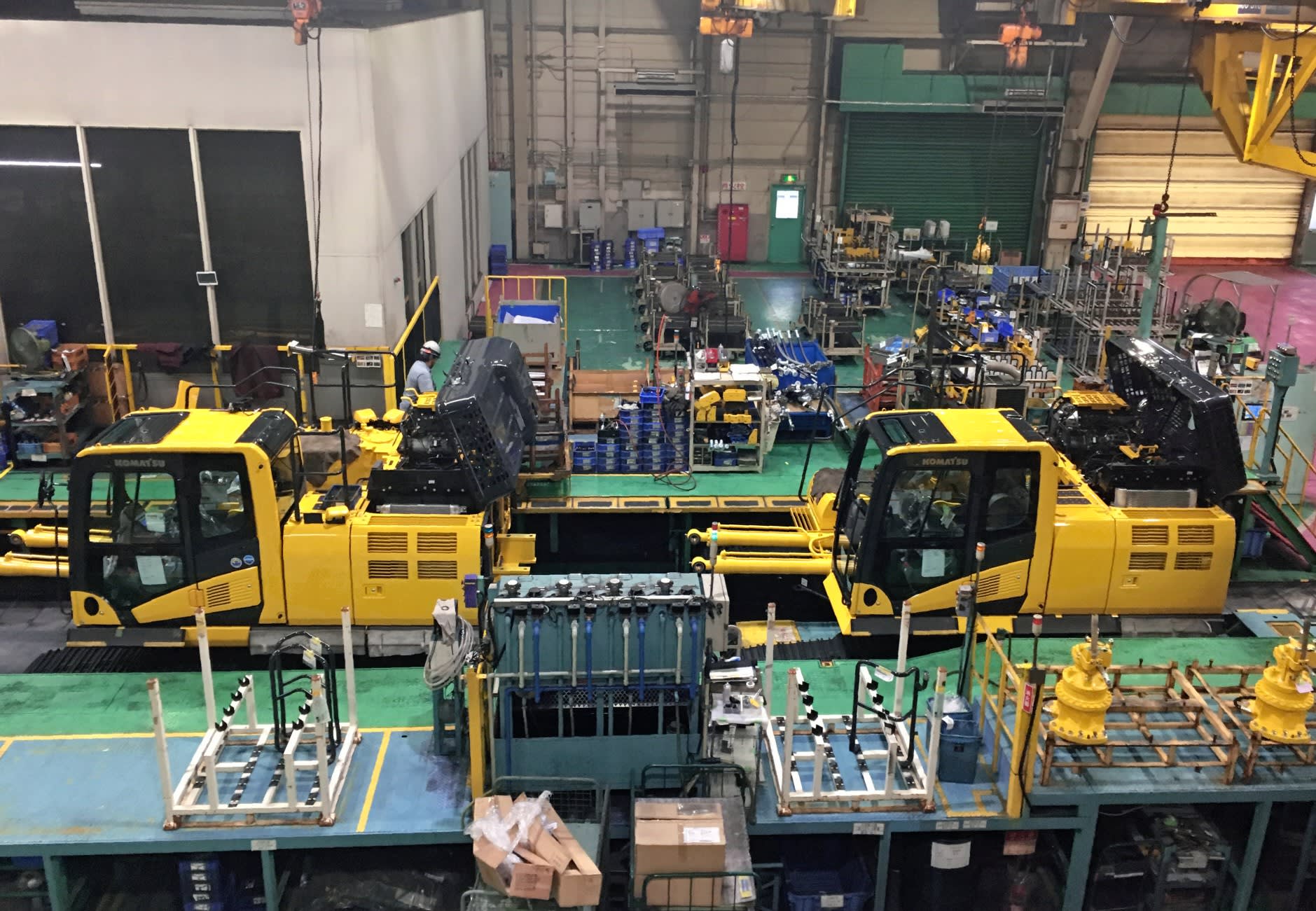 TOKYO -- Japan's equipment manufacturers expect another year of growth in 2018 thanks to robust international demand, particularly in China.

Domestic and overseas shipments of tractors, hydraulic excavators and other machines are likely to reach 2.4 trillion yen ($22.4 billion) for fiscal 2018, a 5% increase from the fiscal 2017 estimate, the Japan Construction Equipment Manufacturers Association said Tuesday. The figure marks a reversal of a decline that the trade group had anticipated earlier.

Forecasts are now out for all three key machinery fields: construction machinery, robots and machine tools. Demand for machinery is considered an important leading economic indicator.

Construction equipment shipments within Japan are seen falling 4% in the year that begins in April following a pickup in demand before September 2017, when tighter emissions regulations took effect. But this drop will be more than offset by an 11% rise in exports, buoyed by housing construction and infrastructure investments in North America, Asia outside Japan and elsewhere. Total shipments are expected to top the 2.28 trillion yen estimated for the year ending in March, which is on track to be the second-strongest year ever, according to the trade group.

Construction equipment builders are optimistic about the Chinese market, underpinned by spending on public works and infrastructure.

Some 85% of the Japanese association's member companies expect demand in China to rise in 2018, and 71% see the market expanding in 2019 as well. The rest see demand staying flat for both this year and next, with no members predicting demand will fall.

"There is some uncertainty, but member companies are hopeful that the current strength will be maintained," said Kotaro Hirano, the association's chairman and president of Hitachi Construction Machinery.

"It was previously thought that demand could slow down after the National Congress of China's Communist Party in October 2017," an executive at Hitachi Construction said. "But now we see a high level of construction work for the time being."

Komatsu reports, based on its Komtrax remote monitoring system, that its machines' average working times in China soared 46.6% in January. The surge may be due in part to the fact that the Chinese New Year holidays did not begin until February this year, but the figure has been on the rise for more than a year.

Orders for machine tools surged 31.6% to 1.64 trillion yen last year, hitting an all-time high for the first time in 10 years, according to the Japan Machine Tool Builders' Association. The 2018 figure is expected to be even higher.

And the Japan Robot Association reported that its member companies received a record 759.4 billion yen worth of orders in 2017, up 34.1%.

Machine-tool orders from China more than doubled last year, while robot exports to that market soared 57.9% to 227.5 billion yen, or 40% of all overseas shipments. The automobile and electronic devices segments are strong, and facilities and equipment are drawing investments for automation.

Rising demand could bring about challenges for machine manufacturers.

It has been taking longer for machine tool builders to deliver products. Construction machinery companies are concerned that, if demand continues to grow, parts supplies for hydraulic excavators and other machines may reach their limits, Harry Kobrak of Caterpillar Japan said. Having been hurt by sudden declines in demand when public works spending shrank, construction machine builders are reluctant to make big capital investments.