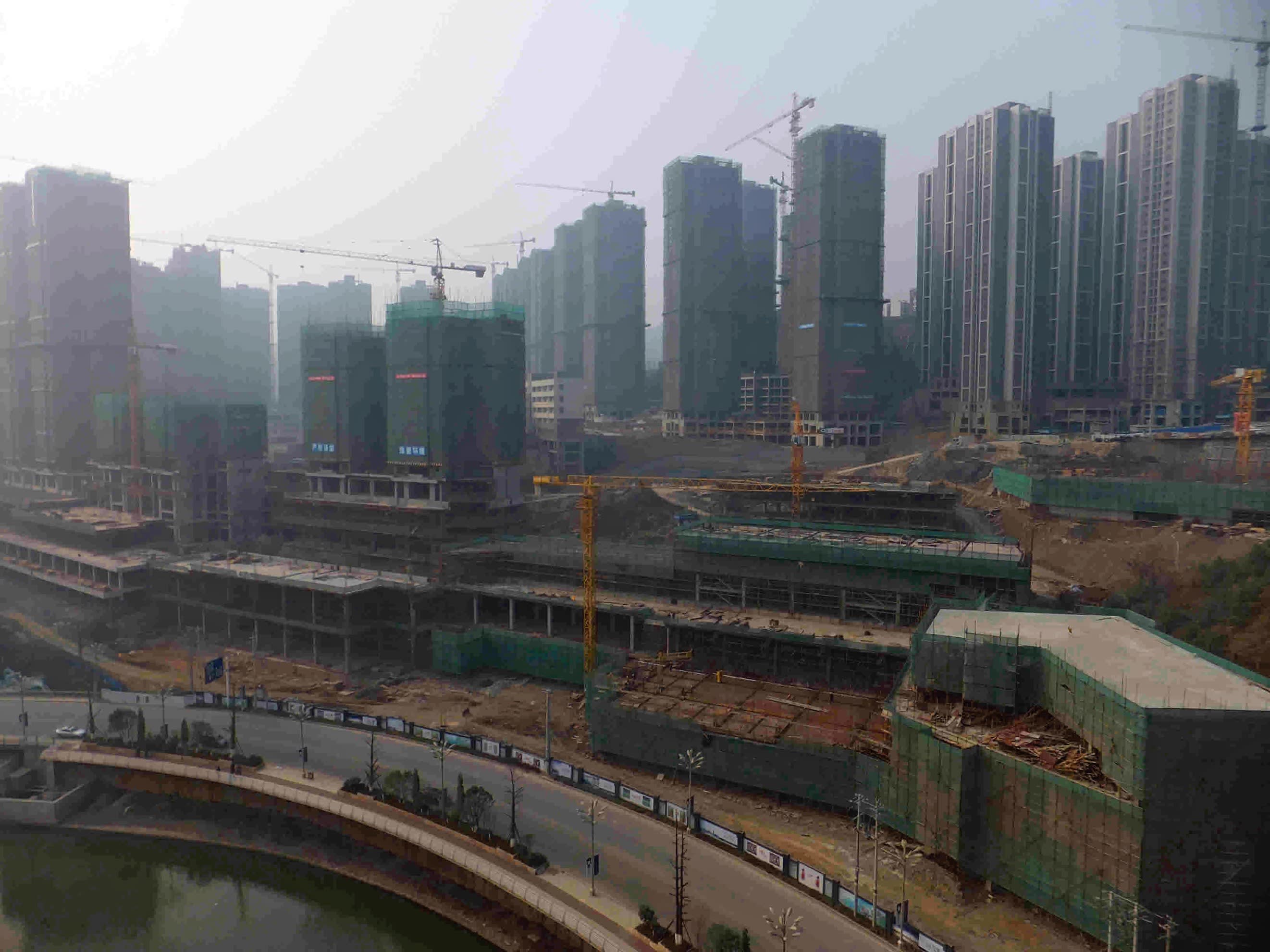 Condos are popping up fast in regional cities across China, including these seen here in Guiyang, where fewer people live than the completed towers will be able to accommodate.
MASAHIRO OKOSHI, Nikkei staff writerJanuary 23, 2014 00:00 JST | China
CopyCopied

BEIJING -- Even as the latest data from China shows solid economic growth, imbalances like the ballooning of investment money and wealth disparities are worsening. And this is raising doubts over whether China's current growth is sustainable.

Real gross domestic product increased 7.7% in 2013, the National Bureau of Statistics announced Jan. 20, slightly exceeding the target of 7.5%. But the Shanghai Stock Exchange Composite Index slipped below the psychologically important 2,000 mark that day, highlighting investor concerns about the future.

Premier Li Keqiang, who is in charge of economic policy, told corporate executives right before the GDP announcement that he would like to reduce government involvement in businesses to allow companies to grow. The basic policy under President Xi Jinping is to realize both structural reforms -- a shift from investment to consumption -- and stable growth.

Construction and capital investment, including infrastructure building, continued to prop up the nation's economic growth. Investment in fixed assets contributed to 54% of GDP growth in 2013, up from 47% in 2012.

China's dependence on investment can also be seen in commodities markets. Imports of copper, used mainly in manufacturing power transmission cables, surged 29% on the year in volume terms in December, growing for a seventh straight month. But imports of crude oil, an indicator of business and household activity, rose just 4% in volume terms last year, slowing from 7% growth in 2012.

A key government policy for expanding domestic demand is to raise farming villages' standards of living to those of cities, such as through greater social security spending. But instead of boosting consumer spending, this has largely spurred investment in condominiums, lavish gyms and other public buildings in areas outside big cities.

A dependence on investment leads to a money glut. At the end of 2013, China's money supply had grown 13.6% on the year to roughly 110 trillion yuan ($18.1 trillion), nearly double nominal GDP. Money held by the wealthy and corporations is flowing to real estate investment through nonbank financial intermediaries known as "shadow banking." Prices of new homes in Beijing and Shanghai were up about 20% on the year last month.

Meanwhile, growth has been slow for income, which is linked to consumer spending. In a sign that financial disparities are not narrowing, disposable income in urban areas rose 2.6 percentage points less on average in 2013 than the year before.

Although the central government hopes to shake the dependence on investment, local governments are scrambling to build new housing developments to jack up their growth rates. One example is the construction boom in Guiyang, more than three hours by air from Beijing.

At least four sprawling development projects, each covering roughly 10 sq. km, are ongoing in this city of Guizhou Province, one of China's poorest regions. Heavy machinery carves into mountains to make way for luxury condos and skyscrapers. The resulting dust blankets the city, hurting the eyes and throats of people on the street. Local newspapers report that the new homes will accommodate in excess of 5 million people -- more than Guiyang's 4-million-plus population. Residents have expressed concern that the city could turn into a ghost town if people do not come to live in the new buildings.

"Only 10-20% of the units are occupied, so business is tough," says a clerk at a general store in Guiyang, referring to a new luxury condo nearby. This shop is in a district to which the city government relocated its offices. More than 40 billion yuan was invested in the district last year.

Prices for new housing rose from a year earlier last month in 69 of 70 key regional cities, including Guiyang.

The investment spree has taken a heavy toll on the environment and fueled a money game. The new condos in regional cities are being bought not by locals as places to live, but by wealthy outsiders as investments. Meanwhile, many residents have no choice but to work away from home because they cannot find jobs locally. The Xi government's pledge to narrow disparities remains unfulfilled.

Experience shows that land prices do not rise indefinitely. While the government shines the spotlight on stable growth, serious problems fester in the shadows.