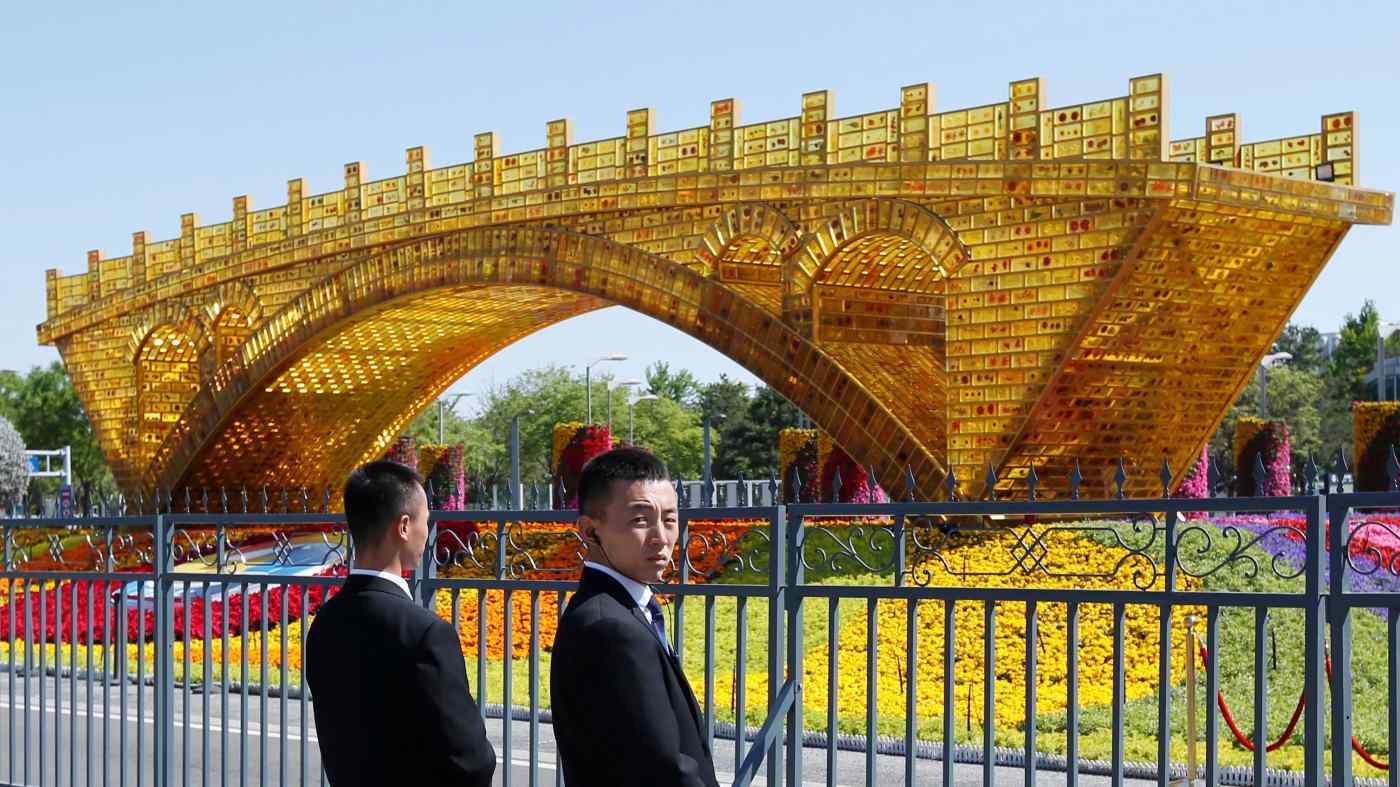 A decoration symbolizing a golden bridge on the Silk Road stands outside the site of the Belt and Road Forum in Beijing in April. China invested 11% less money into Belt and Road participants in 2018.   © Reuters
ISSAKU HARADA, Nikkei staff writerOctober 15, 2019 05:18 JST | China
CopyCopied

BEIJING -- Chinese investment in advanced economies is plummeting, as European countries like Germany and France follow U.S. footsteps in freezing out Chinese players over security concerns.

Beijing is also hitting the brakes on its Belt and Road infrastructure-building initiative, which has come under heavy criticism as a "debt trap," as the country reevaluates its investment strategy in the trade war era.