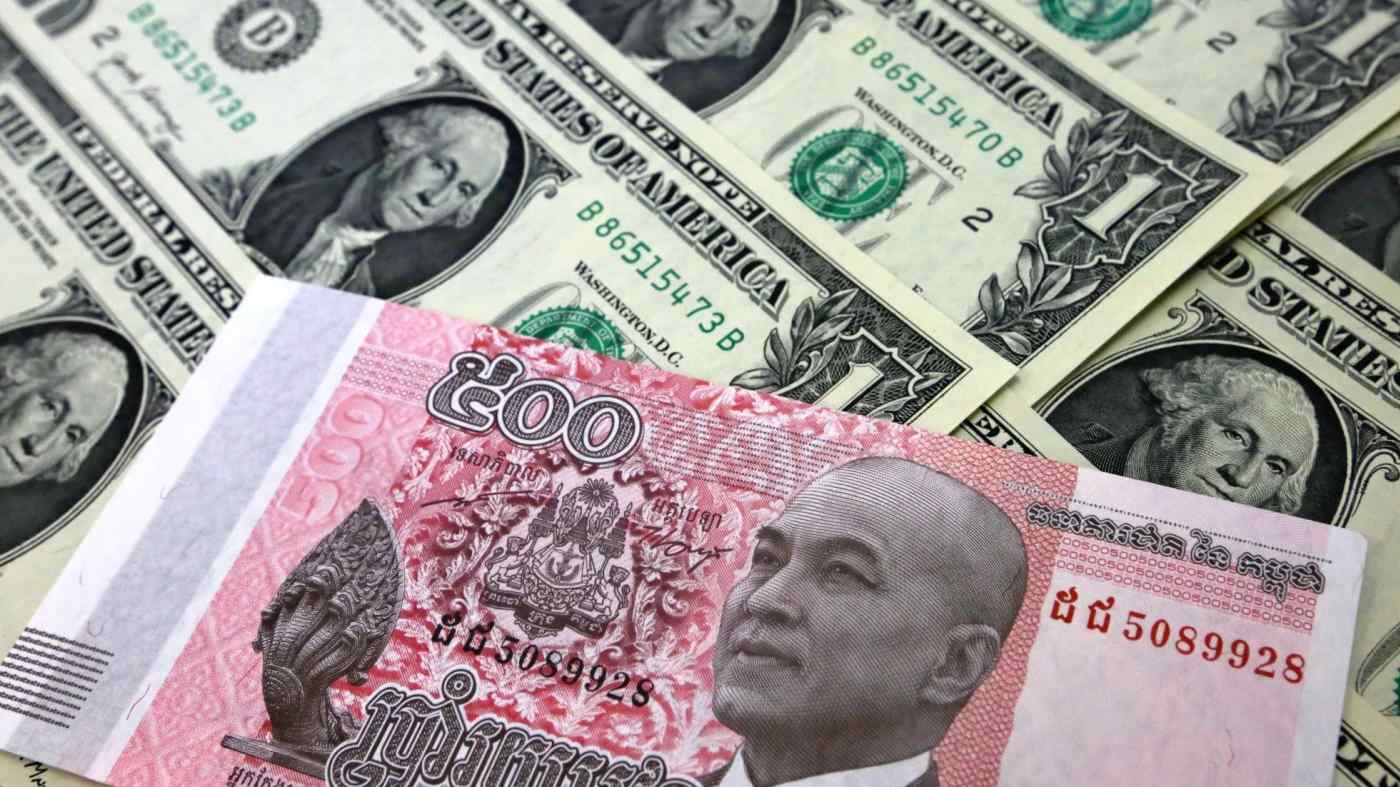 BANGKOK -- It may be surprising to know that Cambodia's economy boasts the highest growth rate in Southeast Asia, the region seen as the engine of the global economy.

Many people may consider Vietnam to be growing more strongly than other members of the Association of Southeast Asian Nations, with it drawing much attention as a destination for Chinese manufacturing operations amid the U.S.-China trade war.

But as a less-developed country, Cambodia has particularly strong potential for growth. The International Monetary Fund forecast in its Regional Economic Outlook released in mid-October that Cambodia's gross domestic product will grow 7% in 2019, far outpacing Vietnam's 6.5%.

Cambodia has retained its position as the fastest growing economy in the region since 2017. In addition to the IMF, the World Bank and the Asian Development Bank also forecast that Cambodia will maintain high growth of around 7% beyond 2019.

At a time when major Asian economies such as China, India, Indonesia and Thailand are struggling with slowdowns, the Cambodian economy remains robust for three main reasons, as seen in the IMF's projection.

One is that exports of garments and other products are projected to increase 12% in 2019. Although imports are forecast to expand 16% and raise the current-account deficit to 13% of GDP, that shortfall will be more than offset by foreign direct investments reaching 24% of GDP -- the second contributing factor to the brisk Cambodian economy.

The third reason is a moderate inflation rate of 2.2%, despite rising prices of crude oil for which Cambodian fully relies on imports. However, the Cambodian economy does face the risk of the European Union suspending its "Everything but Arms" (EBA) trade initiative for the country, a move being considered because of oppression exercised by the government of Prime Minister Hun Sen on opposition parties. EBA status allows the world's poorest countries to sell any goods, except arms, duty-free in the EU.

But unlike many other emerging economies, Cambodia can keep up its fast economic pace thanks to buoyant exports and investments as well as the stable prices that result from its U.S. dollar-based economic structure.

U.S. dollars are accepted almost everywhere in Cambodia, with local merchants often relying on the riel only to give small change. No workers except government employees are paid in the Cambodian currency. Additionally, the dollar is estimated to make up more than 80% of the currency circulating in the country and over 90% of deposits.

The use of the global primary reserve currency offers considerable benefits for Cambodia. For example, most business transactions are dollar-denominated and effectively free from foreign exchange risks.

Although Cambodia has a floating rate system for the riel, the currency is pegged at around 4,000 to the dollar due to its limited circulation, minimizing the likelihood of inflation.

The Cambodian economy, for the meantime, is supported by investment from China. In 2018, direct inward investments totaled $4.6 billion, three-quarters of which came from China. Though China has positioned Cambodia as a key to its Belt and Road initiative, why so much money should go to a small country with a population of 16 million raises some eyebrows.

"Chinese money is flowing into Cambodia to gain dollar-denominated assets, regardless of profit," said Hiroshi Suzuki, chief economist at the Business Research Institute for Cambodia, a think-tank in Phnom Penh.

With the Chinese administration of President Xi Jinping further stepping up an anti-corruption campaign, Cambodia is attracting investment from China to obtain real estate and other assets in dollars while escaping government scrutiny. Ironically, ties between Cambodia and China are being strengthened because the former belongs to the dollar-based economic zone.

But Cambodia is making efforts to move beyond the base of its economic growth. The National Bank of Cambodia, the country's central bank, required all domestic financial institutions three years ago to hold a minimum 10% of their outstanding loans in riel by the end of 2019. In August, the bank renewed its calls to clear the target. Cambodia opened a museum of economy and money in April to encourage the use of its own currency, the riel. (Photo by Toru Takahashi)

With the requirement, the NBC aims to manage monetary policy on its own. Under the dollar-based economic structure, the central bank cannot regulate where money comes from or how much of it comes in, so it lacks the means to control economic activity through money supplies and interest rates. When a financial institution reaches the brink of bankruptcy, the NBC cannot play the role of "lender of last resort."

Circulation of the riel has not increased partially because public trust in the currency remains low. As part of efforts to enlighten Cambodian people about the importance of their own currency, the central bank opened a museum of the nation's money and economy in Phnom Penh in April.

Inside the two-story chalk building adjacent to the Cambodian Securities Exchange, exhibits explain the checkered history of currencies in the country.

Many old coins were discovered in ruins at Angkor Borei, the capital of an ancient kingdom that existed in southern Cambodia in the first to seventh centuries, proving that a monetized economy had already been developed in ancient times.

In the ninth to 15th centuries, the Angkor Empire established a huge domain extending to the border with China, but adopted an economy based on barter exchange of rice and other goods without introducing coins. The empire declined in stages through interventions by Vietnam and Thailand which developed via commerce, and Cambodia became a colony of France in 1863.

After using the piastre, a currency introduced by France during the colonial period, Cambodia issued the riel after becoming independent in 1953.

But the totalitarian regime led by Pol Pot, advocated "primitive communism," took power in 1975 after a devastating civil war and abolished money. It also blew up the central bank building.

The central bank was reestablished in 1979 when the Pol Pot regime was expelled from Phnom Penh after the Vietnamese invaded. Although the riel was put into use again, the United Nations Transitional Authority in Cambodia brought tens of millions of dollars to the country during the first half of the 1990s before circulation of the local currency had been increased sufficiently, paving the way for the current "dollarized" Cambodian economy, according to people familiar with the history of currencies in the country.

It may be fair to say that Cambodia has hoped for centuries to achieve economic development based on its own currency. But if the country hastily reduces its reliance on the dollar and introduces foreign currency restrictions, it may see a flight of capital and a plunge in the riel's value.

"We need time, because a quick shift to a riel-based economy is impossible," Hun Sen said at the opening ceremony for the currency museum in April.

Nevertheless, Cambodia has begun moving toward an ordinary economy backed by its own currency issuance rights, even if it means relinquishing benefits of the dollarized economy that has brought high economic growth by attracting funds from China.

Cambodia has yet to fully emerge from its postwar era, not only politically, with Hun Sen's ongoing 34- year rule, but also in terms of the economy.