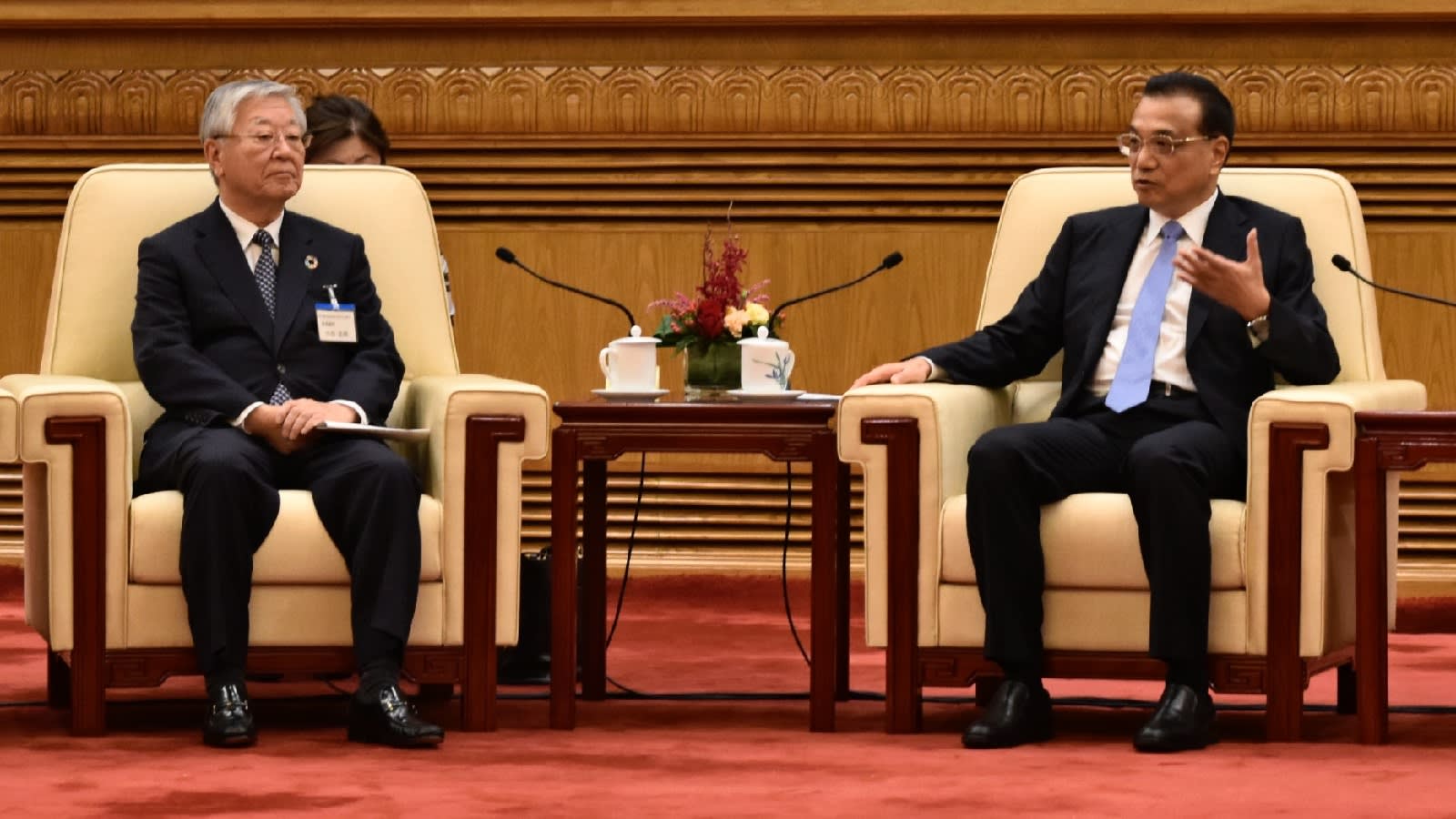 Mutual efforts by Tokyo and Beijing "to improve economic and trade cooperation will support recovery in the global economy," Li said during opening remarks at the meeting in Beijing's Great Hall of the People.

"More than ever, it is critical to join hands on multiple fronts and fly the flag of free trade," said Hiroaki Nakanishi, chair of the Japan Business Federation lobby, or Keidanren. Speaking with reporters after the event, Nakanishi described its tone as seeking "to rebuild mutually complementary relations amid the emergence of new difficulties posed by U.S.-China trade frictions."

They also urged an agreement within the year on the proposed Regional Comprehensive Economic Partnership trade pact, which involves the 10 members of the Association of Southeast Asian Nations as well as China, Japan and four other countries.

Li expressed a desire to make substantial progress on the RCEP before 2019, a source with the delegation said.

Wednesday's event marked the second straight year in which Li met the delegates, in bilateral visits that date to 1975. The chill between the two countries has faded lately, especially where the economy is involved. And as China's trade war with Washington intensifies, Beijing appears to see Tokyo as an increasingly critical partner.

During their visit, Japanese business leaders also called on China to expand structural reforms. While praising the country's effort to trim excess production capacity, especially in iron and steel, they expressed hope that further adjustments would be made.