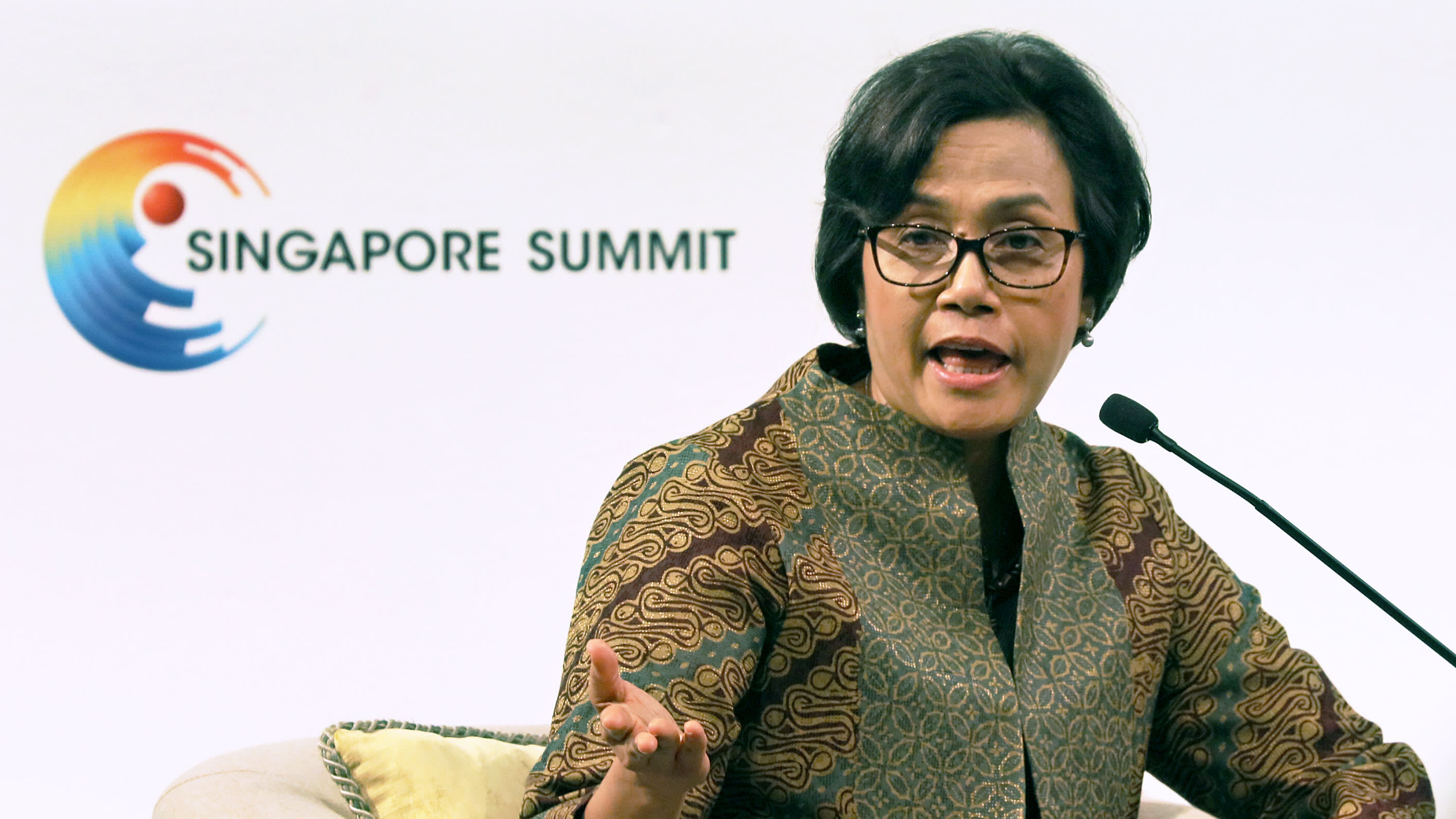 But policymakers must not abandon 'losers' from globalization

SINGAPORE -- While globalization can bring about healthy competition and drive companies to change for the better, it is important not to neglect those who lose out in such competition, said Indonesian Finance Minister Sri Mulyani Indrawati at the Singapore Summit on Saturday.

Mulyani noted that healthy competition from foreign companies can help their state-owned counterparts and governments to become more efficient. She cited the example of Indonesia's banking sector, which, in the past, "always wanted to be protected," but provided poor service to customers and had "no intention to serve them better."

"But when they see how foreign banks operate, and how people enjoy those services, they now know how to combat such behaviors. And now they have become very competitive," she said.

"This competition helps state-owned enterprises and bureaucracies to change. It is only when they have this "open combat -- they feel the need to change," she said.

Mulyani said that in a competitive globalized, world, "there is always a winner and a loser," and people "always praise the winner." In order to persuade world leaders of the benefits of globalization there is a need to "address the issue of ... those who are actually losing from the competition, and what kind of policy adjustment is needed."

Women, Mulyani noted, play a significant role in creating more diversity in the workplace. "There are a lot of business studies that show that having a woman in the work[place] creates more [transformation] and divers[ity]," she said. "I'm sure many women work better -- harder or twice as hard [as] men."

She also addressed the issue of Jakarta's Christian ex-governor Basuki Tjahaja Purnama, better known as Ahok, whose imprisonment for blasphemy has drawn criticism worldwide. Mulyani acknowledged that while the majority of Indonesia's population is Muslim, the country has always had the philosophy of "living together in a harmonious way among ethnicities, races and religions" since independence.

She argued that Ahok's case is not a precedent. "I really don't want to you to [project] one local election as if it is representing the whole of Indonesia," she said. "Many leaders are recognizing the need for all of us to maintain this diversity," she said.