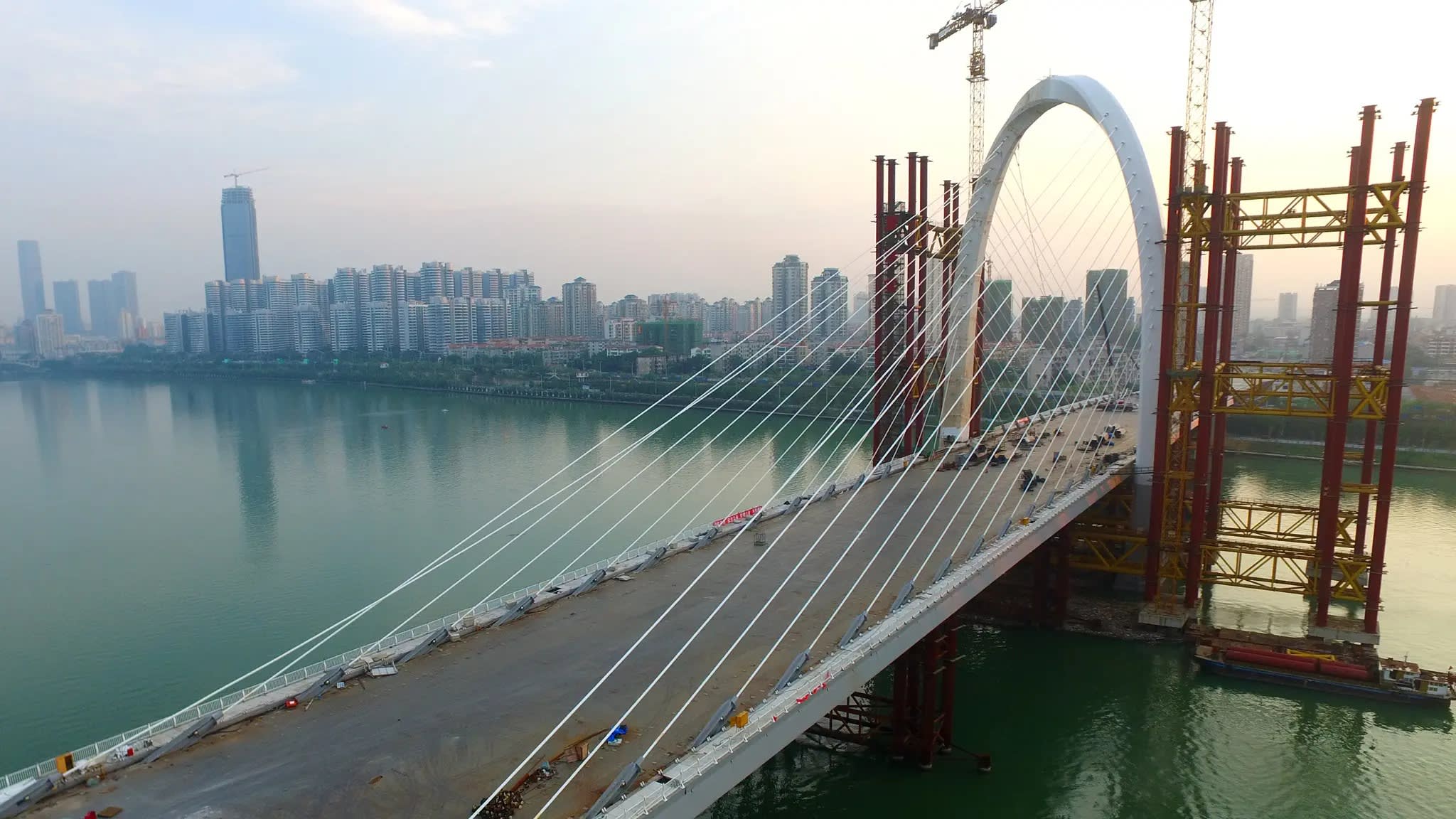 BEIJING -- The slowdown in local infrastructure investment represents a major culprit as China's growth sinks to its lowest pace in nearly three decades, and this problem is illustrated nowhere more clearly than in the hometown of Mao Zedong, the father of communist China.

Xiangtan sits an hour's drive from the airport serving the Hunan Province capital of Changsha. The city is drawing upon its 1,500-year history for efforts to enhance tourism. In December, this reporter visited the historic and cultural area built last year in the riverside district of Yaowan.

The area recreated how the city's streets looked in days gone by. But work remained unfinished on a temple surrounded by construction fences near the entrance. A look inside the enclosure showed a motionless crane. A worker said construction has been halted since early December.

"The first phase is finished, but the second and third phases are getting reworked," said a staffer with the surname Gan, tasked with luring tenants to shopping facilities in the district. "There have even been delays with evictions."

A number of houses had yet to be demolished at the site of the planned second phase, with as many as half still occupied. Work on moving these people from their homes had stopped, and offices at the site were closed.

"The stores are closed, and I have no neighbors, so life is inconvenient," one resident said. "I want to get my compensation and move out soon."

Government data released Monday showed China's real gross domestic product expanding 6.6% last year -- above the target of "around 6.5%," but still the slowest since 1990, when the repercussions of the Tiananmen Square crackdown the previous year weighed on the economy. Growth fell to 6.4% in the fourth quarter, owing partly to the trade war with the U.S. but also to deleveraging by companies and local governments. Investment in infrastructure such as railways and roads increased just 3.8% in 2018, a sharp slowdown from the prior year's 19% rise.

In Mao's hometown, the slump was evident beyond Yaowan. Construction sites have popped up throughout Xiangtan, but nearly all have gone silent. A paving truck featuring a "for rent" sign and a phone number on the windshield sat unattended at a roadwork site.

"Construction is stopped all over the place," said a taxi driver with the surname of Gu.

The reason became clear upon visiting the downtown offices of Xiangtan Chengfa Group. A sign posted by the first-floor entrance noted an "on-site inspection" by China's National Audit Office that began in October.

Chengfa Group is a so-called local government financing vehicle set up by the city. Municipalities faced with tight restrictions on raising cash establish such entities to gather funds for infrastructure in their stead, often by tapping the bond market. Many projects in Xiangtan, including roadwork and the historic district, were ordered by Chengfa Group.

The Audit Office found last month that the company improperly raised 1.46 billion yuan ($215 million) by selling and leasing back assets such as public roads, and that Xiangtan's government had 1.3 billion yuan in hidden debt. The city had violated a 2017 notice barring local governments from handing over assets to help repay debts tied to financing vehicles.

Xiangtan used these hidden loans to pay off existing debt, according to the Audit Office. In other words, the city was in such dire financial straits that it could not handle its old debt without incurring more illegally.

On Monday, Chinese President Xi Jinping told officials from the central and local governments to be on guard for both "black swans" and "gray rhinos" amid turbulent international affairs.

Black swans are hard-to-predict events such as the Lehman Brothers collapse or terror attacks that cause chaos. Gray rhinos are dangers that are likely to occur, but in which people do little but watch. The Chinese government, worried that an upsurge in local government debt could bring on a financial crisis, sought to address the issue in 2017 at the once-in-five-years National Financial Work Conference. The central government said officials would be held responsible for hidden loans even after retiring. This harsh stance prompted municipalities to shy away from such borrowing, contributing to the steep drop in infrastructure spending.

Xiangtan resorted to off-the-books debt anyway because the city could not openly raise the money it needed. The city has paid a heavy price for doing so.

In his work report on Jan. 15, Xiangtan Mayor Tan Wensheng said the city government has set out a 10-year debt repayment plan under which investment will be slashed by 92%. The city failed to meet a number of economic targets last year, including GDP and fixed-asset investment.

"For Mao Zedong's hometown to be in such a state reflects poorly on the country," said Gu, the cab driver, adding hopefully that the central government probably will step in to help. But the only project showing any signs of life was the installation of cutting-edge surveillance cameras along the roads.