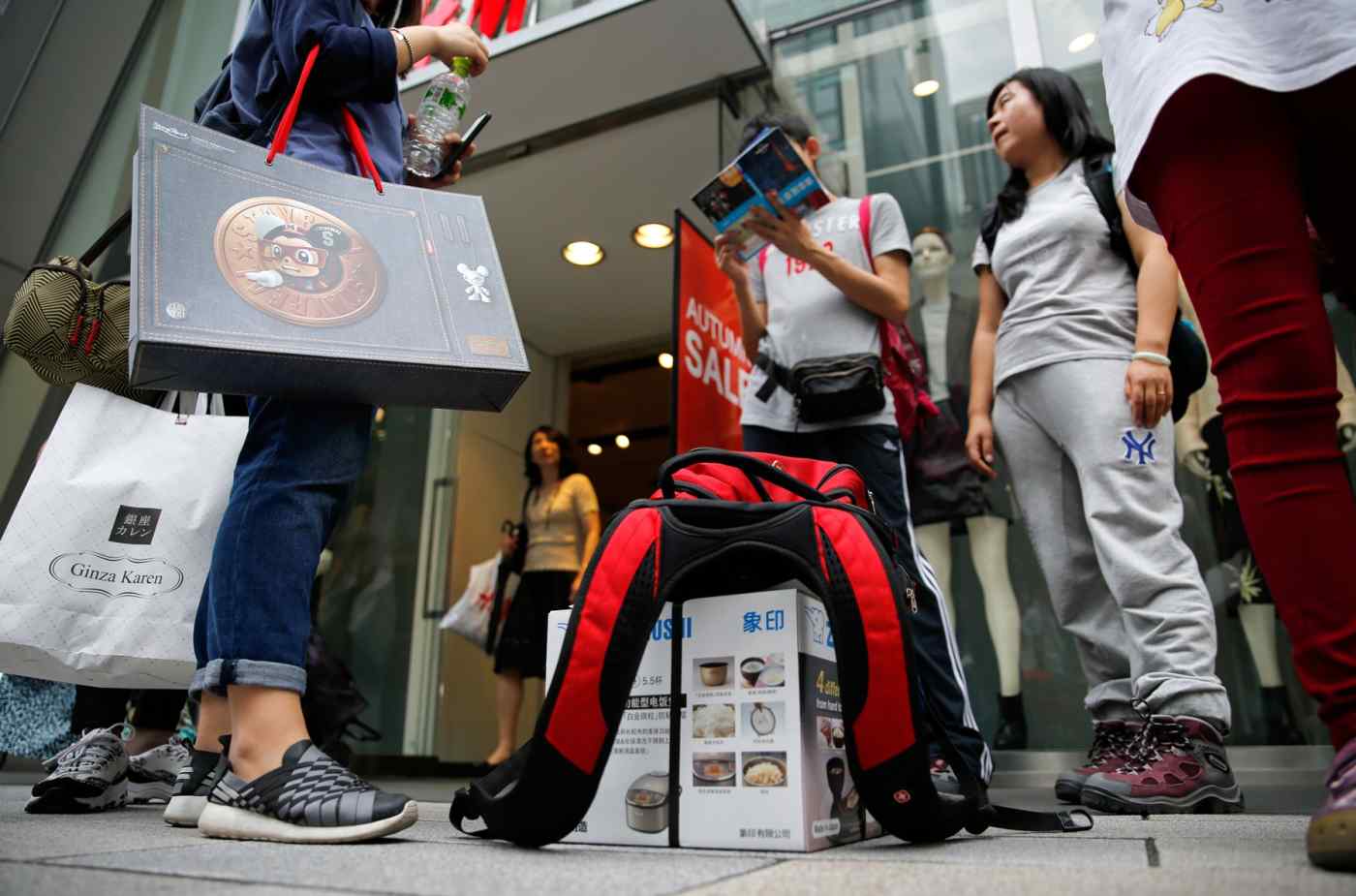 TOKYO -- Forget the Year of the Rooster, 2017 is quickly shaping up to be the year that corporate China made a full-court press in the Japanese market, with services from the Asian giant sprouting up one after another along the archipelago.

In the past, most of the Chinese companies entering Japan were manufacturers hungry to acquire technologies and brands. Today, more newcomers are exploring the country's consumer and service sectors.

Two high-profile examples of this trend are Chinese e-commerce titan Alibaba Group Holding, which plans to bring a version of its hit smartphone-based payment platform to Japan, and a tie-up between home-sharing company Tujia and Japanese e-commerce leader Rakuten.

Founded in 2016, Tujia's Japanese subsidiary has only a handful of employees at its small office in Tokyo's Akihabara electronics district. But the company is a big player in China, where it is a pioneer in the business of renting out private homes to tourists. Its list of about 500,000 registered homes there make it Airbnb's biggest rival in the country. 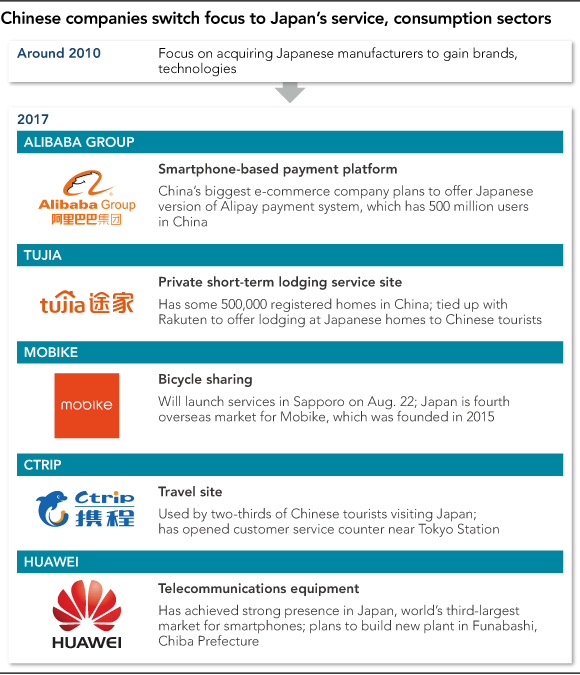 Now it wants to shake things up in Japan with the help of Rakuten. The partners announced their alliance on Aug. 2. "By cooperating with China's dominant player, we will attract Chinese visitors in Japan," said Munekatsu Ota, president of Rakuten's vacation rental business arm.

Then there is Alibaba. News got out earlier in August that the company will offer a version of its Alipay digital payment service in Japan next spring.

Ant Financial Japan wants to introduce the service -- the Chinese version of which has 500 million users -- at about 50,000 large consumer electronics and other retailers by the end of this year.

The influx of Chinese companies into Japan became particularly noticeable around 2010. The economy back home was booming, and many cashed-up businesses were snapping up troubled Japanese companies. Automaker BYD acquired a factory of metal die maker Ogihara, for example, and home appliance retail chain Suning Appliance took over Laox.

Chinese direct investment in Japan totaled about $4 billion in 2016, according to the Bank of Japan. Friction over the Senkaku Islands and other issues caused the figure to temporarily dip, but the amount has been stable since 2013, hovering at around $2.7 billion to $4.5 billion a year.

The first six months of 2017 were relatively slow for Chinese investment, at $762.4 million, but the second half is likely to be very different. Zhang Cuiping, a foreign law partner familiar with the issue at Nishimura & Asahi, a leading Tokyo law firm, said Chinese companies are increasingly entering Japan through tie-ups, solo moves and other nontakeover means. 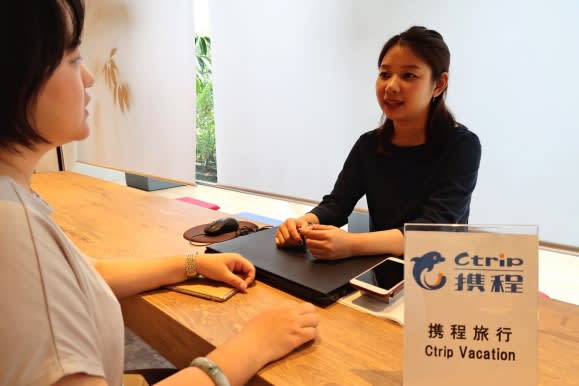 Chinese travel site operator Ctrip opened over-the-counter services near Tokyo Station on Aug. 1, its first in Japan. The company plans to expand its local operations in step with the growth in Chinese visitors.

With so many Chinese travelers in Japan, the market is ripe. A 37-year-old Chinese tourist from Guangdong Province who was visiting Tokyo with his family, said, "We're heading to Kyoto now and can travel light because we can leave our baggage here."

Some 6.37 million Chinese visited Japan in 2016, and more than 4 million of them used Ctrip for hotel reservations and other services. Leo Liang, president of Ctrip Japan, said having a Tokyo service center will help attract individual travelers.

Chinese manufacturers are also taking a new tack in Japan.

Since this spring, leading telecommunications equipment maker Huawei Technologies has been placing help-wanted ads on job websites to recruit people with experience in "quality control in the electronic equipment industry for more than five years" and "developing precision automation devices for more than 10 years." The recruits will be assigned to a research and production center that Huawei will build for about $45.7 million on an empty factory site near Tokyo in Funabashi, Chiba Prefecture, by the end of this year.

Huawei is expected to test and produce equipment for telecom carriers at the new facility.

Eschewing the once-common buyout approach, Huawei wants to expand on its own, and will develop and manufacture products in Japan -- with its abundance of engineers and suppliers -- with the global market in mind.

Power of the party

The growing wave of Chinese-backed services flooding into Japan will likely shake up old regulations and business practices in the sharing economy and other fields. But the trend will also be accompanied by the risk that the Chinese Communist Party will seize payments and personal information in Japan.