Corporate scandals are 'just a fact of life.' Investors' best defense is to ask tough questions 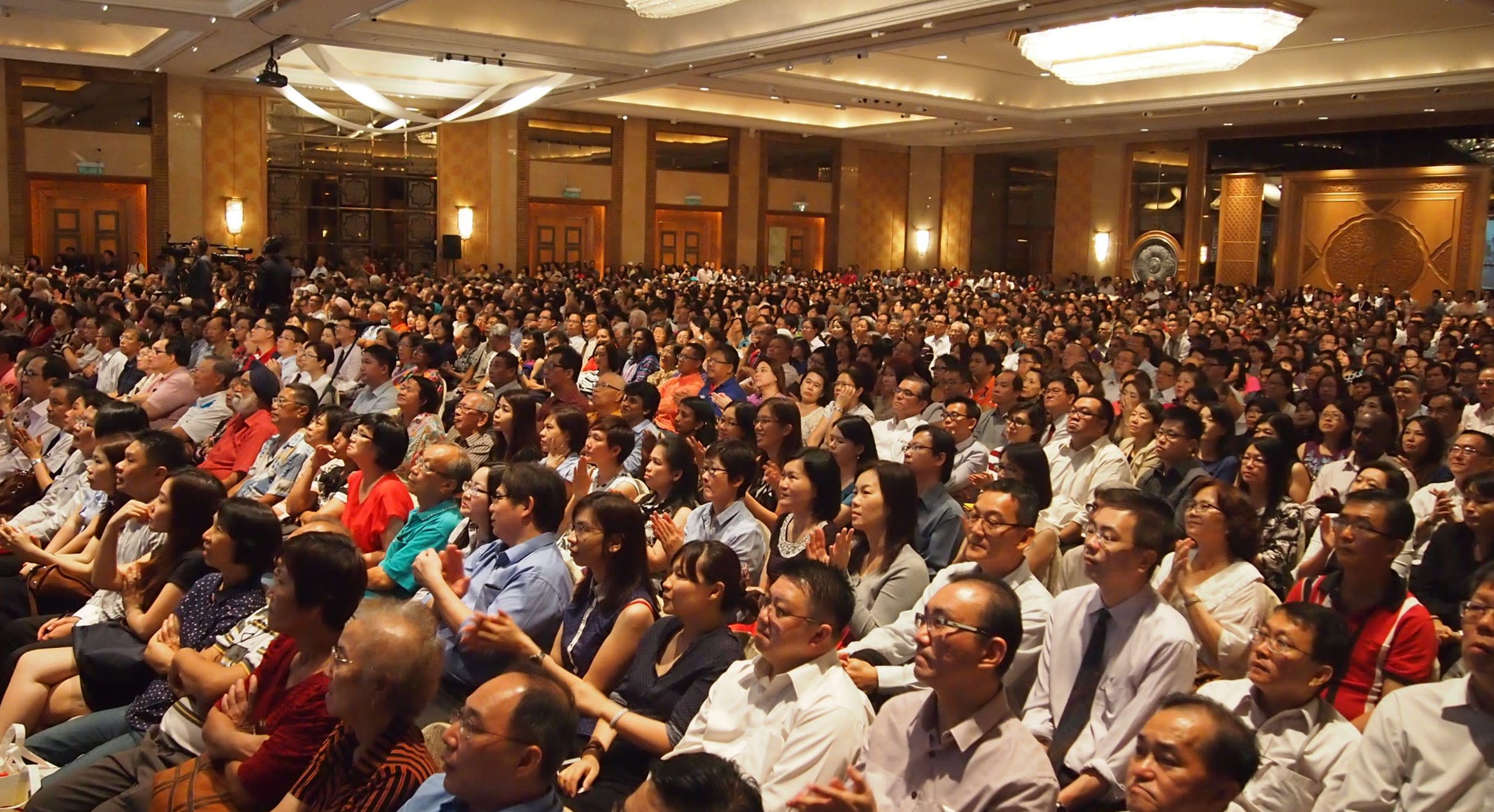 Jamie Allen, the secretary general of the Asian Corporate Governance Association, recently told the Nikkei Asian Review that even strong regulations and energetic watchdogs cannot stop companies from cooking their books. It is up to investors, he said, to keep a close eye on corporate disclosures and voice their concerns. 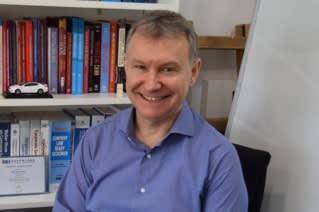 Q: Corporate governance in the region may be improving, but there are still plenty of pitfalls -- including in Japan and other advanced markets that are supposed to be leading by example. What should investors do?

A: We have been doing this for 17 years and there [has been] a steady stream of corporate scandals. No matter how strong the regulatory system is, how strong the disclosure rules [are], how good the regulatory enforcement is, and how much dialogue there is between investors and companies, you will always have some companies engaging in fraud, accounting manipulation and insider trading. That's just a fact of life.

It is difficult to extrapolate from individual cases. Just because of Toshiba's accounting scandal, that does not mean all companies in Japan are not making any improvements. You have different trends at one time.

But what the Toshiba and Olympus cases show is that there is still clearly work to be done on such things as proper supervision of management and audit committees. We think the lack of proper audit committees in Japan is still an issue, although [adopting] a corporate governance code is a big step forward for Japan and I don't underestimate that. But one field that weakened the code was board structure and committee structure.

Without proper and effective audit committees, things like accounting fraud and earnings manipulation will take place.

Q: Most of the time, corporate wrongdoing is revealed far too late.

A: We had a meeting with Toshiba back in around 2012. We took a group of members and actually raised a point about their audit committee, because we were concerned [that] it was chaired by former insiders and a couple of others who were not financial or accounting experts. So it wasn't a complete surprise when their accounting fraud came out.

I think what investors need to do is to look into details on who is on the audit committee.

Q: Was Japan's corporate governance culture partly to blame for the Toshiba case?

A: I think the problem in Japan and South Korea is not that people are dishonest, but when something goes wrong, you don't have the board structure with checks and balances to address the problem. Inside directors can't say anything. That is why you need outsiders on the board, or other checks and balances, to make sure problems are seen earlier. I think culture plays a part but does not explain everything.

It is the culture -- checks and balances, relationship between investors and companies -- and it may also be the way in which investors communicate their ideas.

Q: You stress that good public governance is a prerequisite for good corporate governance.

A: It is about governance of the government. Are there proper checks and balances, an independent commission against corruption, or an independent judiciary and police that will listen to cases and not be taking bribes? [If] many people in Southeast Asian governments are corrupt, and their police and courts are also corrupt, it would be difficult for securities commissions in those countries, like the SEC [Securities and Exchange Commission] in Thailand, to do their jobs, because they do not get support from other government institutions.

Q: Do you think Asian corporate governance is really improving?

A: You need to look into a long period of time. In Japan, the enforcement is better than five years ago. Are they perfect? No. There are no perfect agencies.

Japan, in our rating, has one of the better scores at 60 [in the latest 2014 ranking]. But basically our view is that Japan is really underperforming. It should be a lot higher. It is the most advanced economy in Asia on many levels and should have the best corporate governance in Asia. The score of 60 is really poor. It is like a D+, I suppose.

One of the things I disagree with quite strongly, in the argument against prosecuting the guys at Toshiba, is: "They didn't do anything that benefited them personally. They didn't have a hand in the jar. They weren't embezzling money." Usually, perpetrators in corporate fraud in other countries are enriching themselves in some way, but they were just trying to keep the company afloat.

I do not accept this argument. First of all, they were benefiting from keeping the company afloat personally, through salaries, bonuses and pensions. Secondly, what they did was patently illegal under accounting, corporate and disclosure rules. Also, it is clearly unethical. Manipulating earnings is wrong. The main point is that what they did has clearly damaged the company, the market and Japan's reputation.

If you buy into this argument that "he was doing it for the good of the company," then it allows an awful lot of bad behavior. You can make the same argument for everyone, even for Enron and Satyam [Computer Services]. Chaebol chairmen in South Korea who have gone to jail, all have done massive amounts for the company and the country, but that does not absolve them of their guilt.

Q: CP All executives in Thailand made the same argument when they were caught for insider trading, and they got away with it.

A: It's depressing that a company like CP All [would conduct] such blatant insider trading. But on the other hand, they have done Thailand a favor. They really brought insider trading up on the agenda. Not just the regulators, but everyone in business we talked to were angry. People in Thailand are not public [when it comes to] criticism, but the institutional investors were quite public, including the government pension fund. The fact that CP All directors did not resign and the fact that the company did not take any action were paradoxically positive for regulation and corporate governance in Thailand.

Since people were angry, I guess it forced the SEC to be tougher on other cases. I am optimistic that something is happening in Thailand on that score.

Q: Turning to China, you mentioned two years ago that you see "potential" for the reform of state-owned enterprises. What is your take now?

A: I think we would be less generous today. SOE reform certainly has potential, but it has certainly been disappointing. There were all these talks on mixed ownership two years ago, but it never worked out in the way it was supposed to. A lot of the reform seems to be stalled. It's hard to see how it will get restarted, and it seems like there's an awful lot of infighting going on around the leadership and the governance of the SOEs.

The country is trying to merge all these big SOEs, which arguably may not be good for corporate governance. If you create a monopoly or a quasi-monopoly, that generally leads to less efficiency and less good governance. Competition can have a positive impact on governance, because companies need to think of a strategy, execution, and checks and balances. If you have no competition, what are you improving your governance for, unless the government forces you to do so?

Q: What do you make of the top management shuffles among Chinese state enterprises in the same sector?

A: What this basically shows is that the boards of directors of SOEs do not call the shots.

The basic concept around the world -- that the board appoints the chairman and CEO, oversees the management, makes major strategic decisions, or works closely with the management -- that doesn't hold in SOEs in China. The Organization Department of the Communist Party is in charge of the appointments. The party committees within the SOEs are the most senior entities, and there is overlap [with] the board. All the major personnel appointments go through the party committees, who make the recommendations. There's a lot of bargaining on who gets what. People do not get appointed for business reasons -- [there are] political factors involved.

This is an issue. It reflects a very different system of corporate governance in China, where "corporate" and "government" governance are mixed together in SOEs, and private companies to a lesser extent. Under Article 19 of the corporate law in China, a company has to provide a facility for the Communist Party. The dividing line between private and state is very murky.

Q: How would you place the case of China Vanke -- the property developer targeted in a hostile takeover -- in the context of corporate governance?

A: There is an academic idea that you need to have a strong M&A market, because that is what drives good corporate governance. I don't actually believe that is always the case. I think it's a case-by-case basis. Simply because a company gets taken over by somebody else, it does not mean the acquirer has better governance than the acquiree. I think it's a bizarre concept.

I guess one of the governance lessons from this case is the reaction of the board of Vanke. They suspended the stock and tried to find a white knight. Arguably that is not necessarily great for minority shareholders, because you get stuck with a suspended company. Also, you could question the suspension policy rules in China.

Q: Singapore is supposed to be a leader in corporate governance, but you had a case over Singapore Post.

A: I think it points to complacency within the board of SingPost. One of the dangers in any successful company, or any large company, is that you become complacent. I think that was clearly part of the issue for SingPost.

Also, one of the criticisms in Singapore [concerns] the independent directors. What value are they really adding? Are they truly independent? Are the boards being refreshed often enough? Boards, if they are not rejuvenated, get ossified. Committees don't work properly and independent directors don't do enough.

You realize in cases like SingPost, Toshiba, Olympus and CP All, that you thought these companies were good companies with good governance, but [they] have major problems and should be a red flag for the market. It [is incumbent on investors] to ask harder questions about other companies. Ultimately, investors should use the information in a productive way to look more deeply, and not take the board and independent directors for granted.