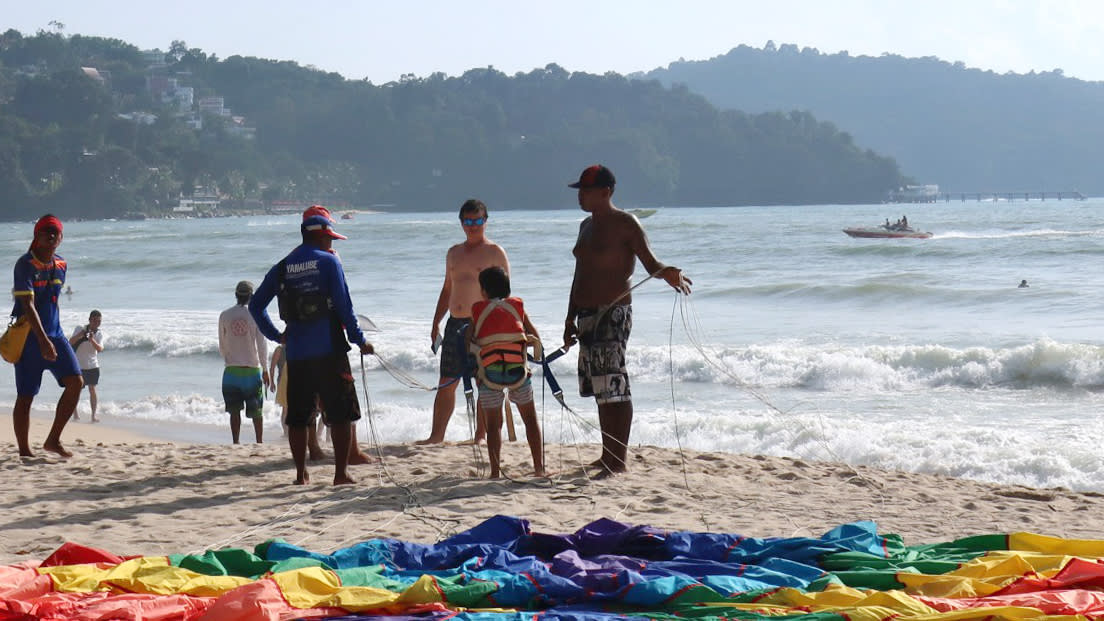 BANGKOK -- Southeast Asian resorts are grappling with deadly accidents, an earthquake and environmental preservation as tourist traffic takes a beating, with Thailand's Phuket Island hit particularly hard by the capsizing of tour boats in early July.

Phuket felt an immediate impact after the shipwrecks that killed 47 Chinese tourists on July 5. At least 7,300 hotel reservations on the island had been canceled through mid-July.

"Family and friends all told me to cancel," said a visitor from Sichuan Province, China, who was on a Phuket beach.

The boats, loaded with more than 120 people, set sail despite an inclement-weather warning. Thai officials further aroused anger by blaming the Chinese operators for the accidents. Gen. Prawit Wongsuwan, a deputy prime minister, called the incidents wholly a case of "Chinese harming Chinese."

The Chinese retaliated with their wallets. The Thai economy is likely to lose 42 billion baht ($1.26 billion) in July and August alone from the drop in Chinese tourists, said Chaiya Rapuepon, president of the Andaman Tourism Business Association.

China is the biggest source of visitors for Thailand, with 9.8 million Chinese accounting for 28% of total traffic last year. The Thai tourism sector is so desperate to bring back Chinese that a group of travel operators has petitioned the government to temporarily waive visa fees.

The latest blow to Thai tourism comes on the heels of June's closure of Maya Bay on Koh Phi Phi Leh over environmental concerns. The resort, made famous by the 2000 Leonardo DiCaprio movie "The Beach," will not reopen again until October at the earliest, missing out on the peak summer season.

Thailand's struggles echo similar troubles across Southeast Asian tourist hot spots. In June, a ferryboat in Indonesia loaded far beyond capacity sank in a Sumatra lake, killing most passengers. The Philippines is shutting down Boracay, a tourist destination island that attracts 2 million visitors a year, from April until October because of the impact of pollution.

The problem is compounded by natural disasters in the region. On Sunday, an earthquake struck the Indonesian island of Lombok, devastating a popular tourist destination. Bali, another island in Indonesia, has yet to recover vacationers following the volcanic eruption in November last year.

With the number of tourists rapidly rising, Southeast Asia faces the challenge of swiftly moving to ensure safety and sustainable development.