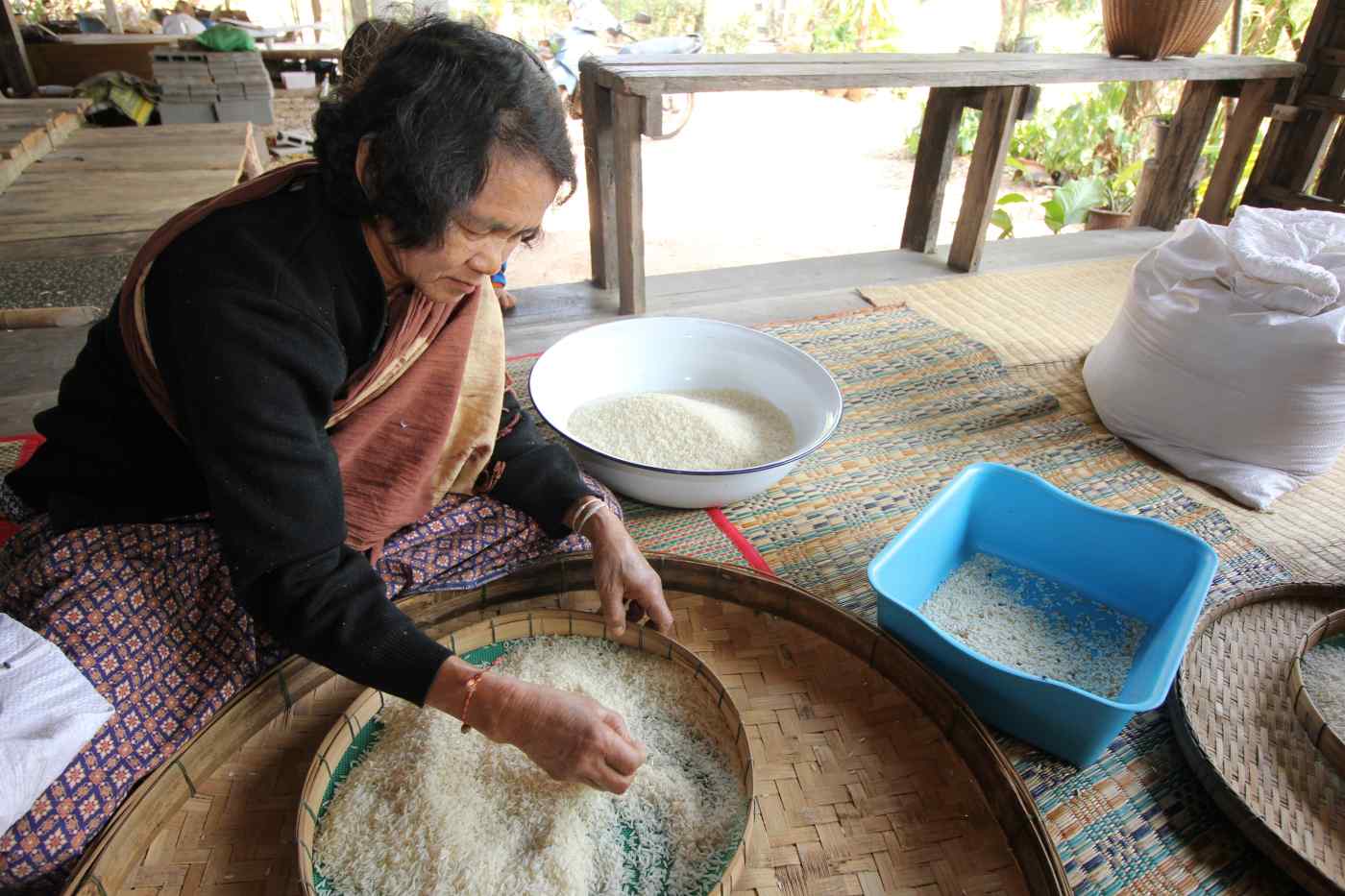 BAAN PLABOO, Thailand -- Phayu Longklan, a rice farmer in Thailand's poor northeast, recently sold a fifth of her land for 600,000 baht ($17,247) to pay off debt. But she still needs to repay 200,000 baht in loans, mostly owed to the Bank for Agriculture and Agriculture Cooperatives, a leading government lender to rural communities.

The bank loans were used to buy farming equipment, help pay for her three children's education and acquire three motorcycles.

The 51-year-old is in a financial predicament, but, she said, "I am not the only one."

There are four other families in her village -- a collection of bare wooden houses shaded by trees -- who are also selling land to pay off debt. There are visible signs of the same, vicious debt cycle hitting farms throughout Mahasarakham, the northeast province where Baan Plabuu is located. More than 40 "land for sale" signs were spotted along a main road stretching 100km through paddy fields, many of them caked with brown dust due to a severe El Nino-delivered drought.

Analysts see the land sales as a symptom of an expanding household debt crisis that could plunge the region, home to a third of Thailand's 67 million inhabitants, into social instability. United Nations' researchers estimate that the percentage of farmers owning land in Thailand has dropped dramatically -- from 44% in 2004 to 15% by 2011. 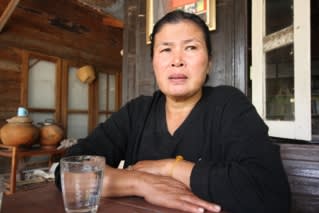 Rice growers owned 28% of Thailand's 24 million hectares of arable land as of 2013, according to the government's Office of Agriculture Economics. The current drought has forced many indebted farmers to sell their land due to crop failures. Farmers have accumulated 338.36 billion baht in debt, according to Local Action Link, a think tank that focuses on research into the current plight of Thai farmers.

Phayu's village illustrates the scale of the problem. Baan Plaboo's 69 households are saddled with nearly 25 million baht in debt. Most of the loans from the BAAC were used to finance farming expenses and buy household and consumer items, including pickup trucks.

Boonpet Khotplabuu, 58, is struggling to pay off a 300,000 baht loan that she used to buy a Toyota pickup to transport her produce.

The BAAC is gravely concerned about the situation, said Theerada Namhai, founder of the Thai Baan Association, a grassroots organization that supports social enterprise in villages. "The BAAC sent representatives to talk about it when we had a meeting four months ago," she noted.

The BAAC's concerns are understandable. Last year, Thailand's ratio of household debt to gross domestic product reached 84.2%, one of the highest levels in Southeast Asia. Household debt levels had already grown from 45% in 2003 to 61% in 2009. In 2013, the average household debt in Thailand's northeast was 78,648 baht, slightly lower than the national average of 82,572 baht, according to the OAE. But the region's average monthly household income, at 19,181 baht, was also lower that the national average, 25,194 baht, according to the National Statistics Office.

The debt situation is much worse for rural families, according to analysts. While the formal banking sector, including the BAAC and other state lenders, account for more than 80% of the loans, many families "have gone to loan sharks," said Decharut Sukkumnoed, an agriculture economy expert at Kasetsaart University in Bangkok. These lenders charge exorbitant interest rates -- 2% every day for a 24-day loan, in some cases. Boonpet Khotplabuu, who took out a loan to buy a Toyota pickup, has become a casualty of the terminated rice subsidy scheme. (Photo: Marwaan Macan-Markar)​

In 2015, nearly 150,000 farmers borrowed 21.59 billion baht from these lenders, according to the Provincial Administration Department.

Despite the heavy odds against them, farmers have not given up hope of solving their debt problem. But the estimates of what they are paying varies, with some analysts putting the debt servicing ratio at 50% per rural household and at 60% to 70% for the poorest homes.

Studies have shown that villagers are eager to borrow money to acquire pickup trucks, refrigerators and television sets. "Being able to get loans is seen as something positive, and they perceive they are free to enjoy an urban lifestyle," said Dusadee Ayuwat, a professor of sociology and anthropology at Khon Kaen University.

This attitude reflects the easier availability of credit and a rise in monthly household incomes in the northeast since 2000. Borrowing was also encouraged by the lavish subsidies offered to rice farmers by the government of former Prime Minister Yingluck Shinawatra, which was ousted by a military coup in May 2014.

Under Yingluck's flagship rice-pledging scheme, introduced in late 2011, the government strove to "buy every grain of rice" produced by Thai farmers at inflated market prices, with premium jasmine rice going for 20,000 baht per ton. In the long term, the government was unable to keep funding the expensive program and wound it up in early 2014 .

While it lasted, however, the program prompted farmers like Boonpet to borrow in the belief that her rice harvest could earn 300,000 baht every year. The annual subsidies, which cost the government 120 billion baht a year, fueled heavy consumer spending in rural areas, adding 1 percentage point to GDP growth, according to the World Bank.

The resulting debt problems have proved a challenge for the military government of Prime Minister Prayuth Chan-ocha, who heads the National Council for Peace and Order, the official name for the ruling junta. In late February, the junta launched a media blitz using glossy, four-page advertising spreads in national newspapers to highlight its agenda to boost the country's slowing economy, which grew 2.8% in 2015.

The government late last year also sought to help debt-ridden farmers with direct cash handouts, as well as other financial schemes aimed at reviving rural consumer spending, which had slowed after the rice subsidy was terminated.

The largess highlights the rising financial clout of rice farmers, who account for 40% of the labor force despite agriculture contributing only 10% to GDP.

"Farmers are punching above their weight, not as rice producers but as big consumers," said a foreign researcher at an international financial services company, who spoke on condition of anonymity. "It all supports the idea that their buying power is important for consumption and to boost growth."

As the latest handouts start to trickle down to debt-ridden farmers, some see another implication. The financial relief is not an act of compassion, but a "cynical ploy," as one analyst put it, by the business community to revive sales in the rural heartland.

It reveals who the junta is really listening to.