SHANGHAI/BEIJING -- Defaults on Chinese corporate debt are swelling, and are now extending to foreign-currency-denominated bonds, bought mainly by overseas investors.

Companies have defaulted on at least 20.7 billion yuan ($3.19 billion) in yuan bonds and $350 million in dollar debt in the six months through June, marking a 40% increase compared to the same period last year. The government's deleveraging campaign and a crackdown on shadow banking have left more businesses strapped for cash.

The data was compiled by Nikkei from Shanghai DZH and other sources.

CEFC Shanghai International Group, which missed 2.1 billion yuan in bond payments last month, is expected to default on another 2 billion yuan in debt coming due in late June, which would put the six-month total for Chinese businesses at more than $3.8 billion. The total for all of 2018 could exceed the 2016 record.

Eager to keep the economy stable, President Xi Jinping's government had tolerated a buildup of corporate debt until last fall's Communist Party congress. Since then, however, it has pushed hard to address the overhang, pressuring banks to refrain from extending loans just to keep struggling businesses on life support.

Beijing also released in April a final draft of regulations to curtail shadow banking. Efforts to comply have caused the supply of credit to businesses and retail customers to dry up sharply over the past two months, adding to the cash crunch. 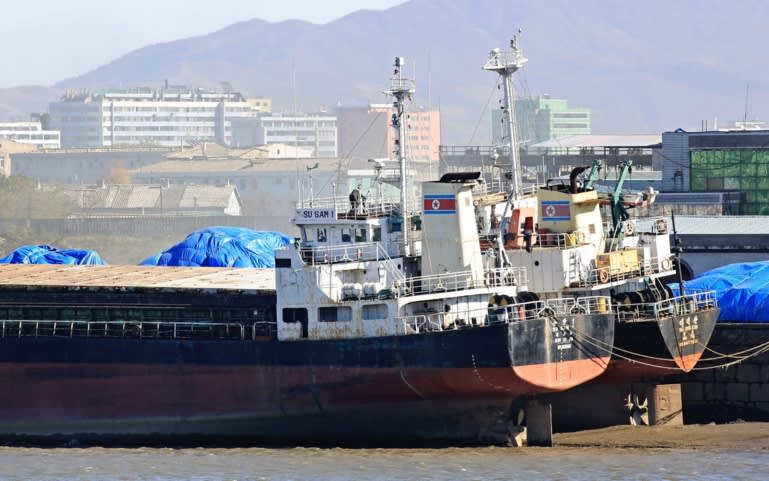 A port operating company in Dandong, Liaoning province, is among Chinese companies that have defaulted. (Photo by Akira Kodaka)

Tightening credit, coming on top of the recent trade friction with the U.S., is weighing on stocks. The Shanghai Composite Index slumped 1.4% Thursday to a year-to-date low of 2,875. The prevailing view among investors is that the rise in defaults reflects such factors as worsening liquidity conditions and a cooling economy.

The rise in defaults on foreign-currency-denominated bonds, bought mainly by overseas investors, suggests that there are serious problems in the market. Chinese companies have floated large amounts of foreign-currency debt this year, looking abroad for cash as fundraising grows tougher at home.

China Energy Reserve and Chemicals Group, which counts a state-backed enterprise among its shareholders, said in May it missed a payment on dollar-denominated debt. Representatives of South Korean financial institutions that bought or invested in the bonds reportedly paid a visit to the company's headquarters to grill management on the prospects for repayment. 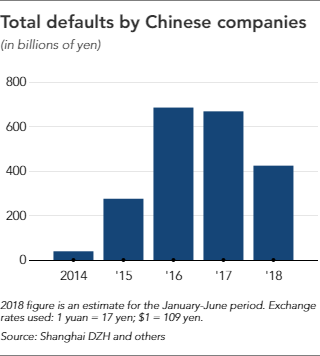 And given that issuers of foreign-currency corporate debt include development companies tied to heavily indebted local governments, many worry that the defaults will continue.

Trust products, a type of high-yield investment vehicle aimed at businesses and wealthy individuals, can be as vulnerable to credit crunches as corporate bonds, as they often invest in just a few businesses or projects. Trust products have delayed payments at least 12 times this year.

Some banks are said to use off-the-books trust products in place of regular financing for struggling companies. The missed payments are seen as a sign of trouble in the shadow banking sector.

The defaults have begun eroding confidence in a massive market -- outstanding corporate debt stood at 19.14 trillion yuan at the end of May, according to the People's Bank of China.

The Shenzhen-listed urban landscaping company Beijing Orient Landscape & Environment brought in just 50 million yuan with a bond issue last month that aimed to raise up to 1 billion yuan. The debt carries a 7% coupon, well above the current long-term interest rate of just under 3.7%. Vice President Yang Lijing placed much of the blame on a tougher environment for bond issuers.

Second-tier and smaller banks are even having trouble accessing the funds they need through interbank deposits. 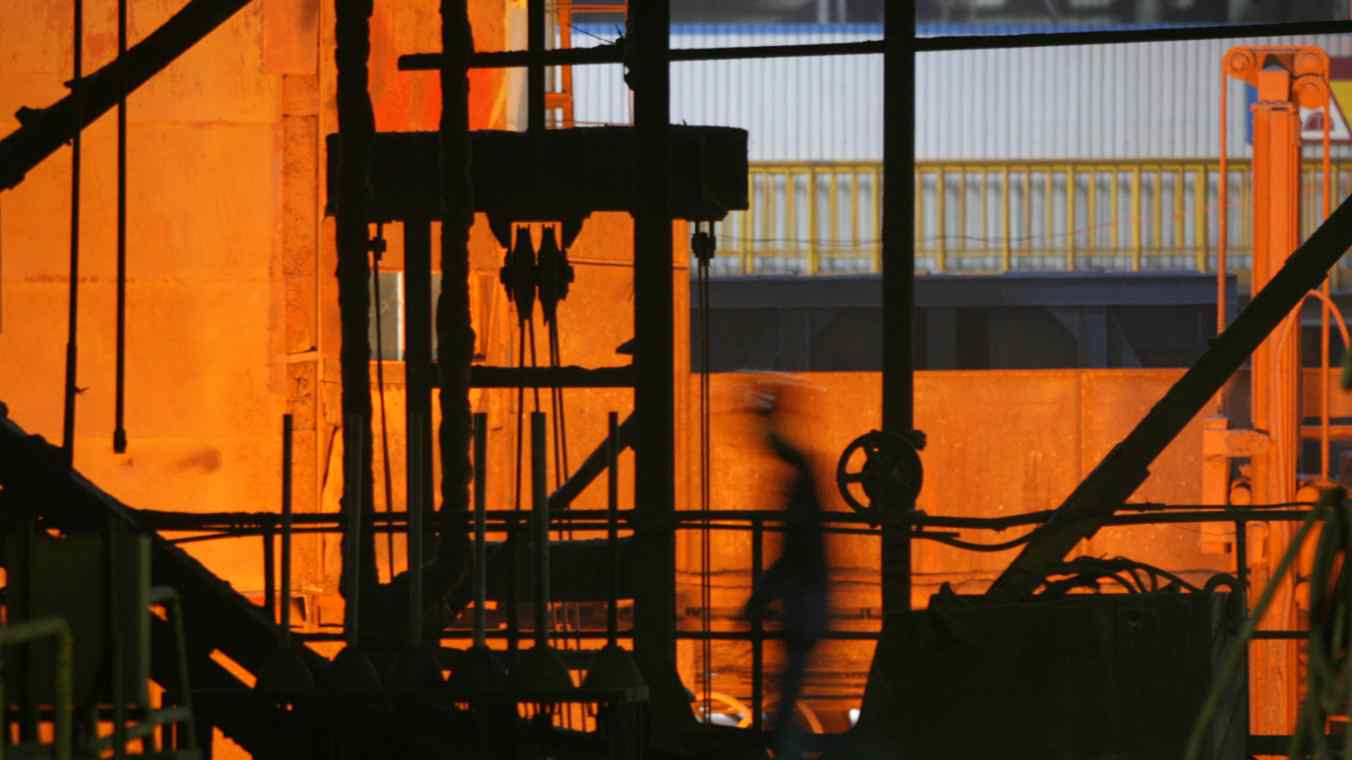 In an effort to shore up the market, the PBOC this month significantly broadened the range of eligible collateral for short-term loans. The central bank will now accept corporate debt rated AA+ or AA by domestic ratings agencies, rather than just bonds with AAA ratings.

More than 90% of Chinese corporate bonds are rated AA or higher domestically, compared with just under 40% with AAA ratings, according to the International Monetary Fund. The PBOC may end up making loans backed by debt that would be treated as speculative-grade in Europe or the U.S.

Growing worries about default have made it harder for businesses to find buyers for bonds without a pristine AAA rating. Having the central bank accept lower-rated debt as collateral should make other banks more willing to take a chance on it. Conversely, letting the situation go on as is could condemn more cash-strapped companies to go under, potentially throwing cold water on the economy.

The State Council, China's cabinet, indicated Wednesday it would take steps to supply more credit to small businesses. The PBOC is expected to lower the reserve requirement ratio for commercial banks soon, following a 1-percentage-point cut in April.