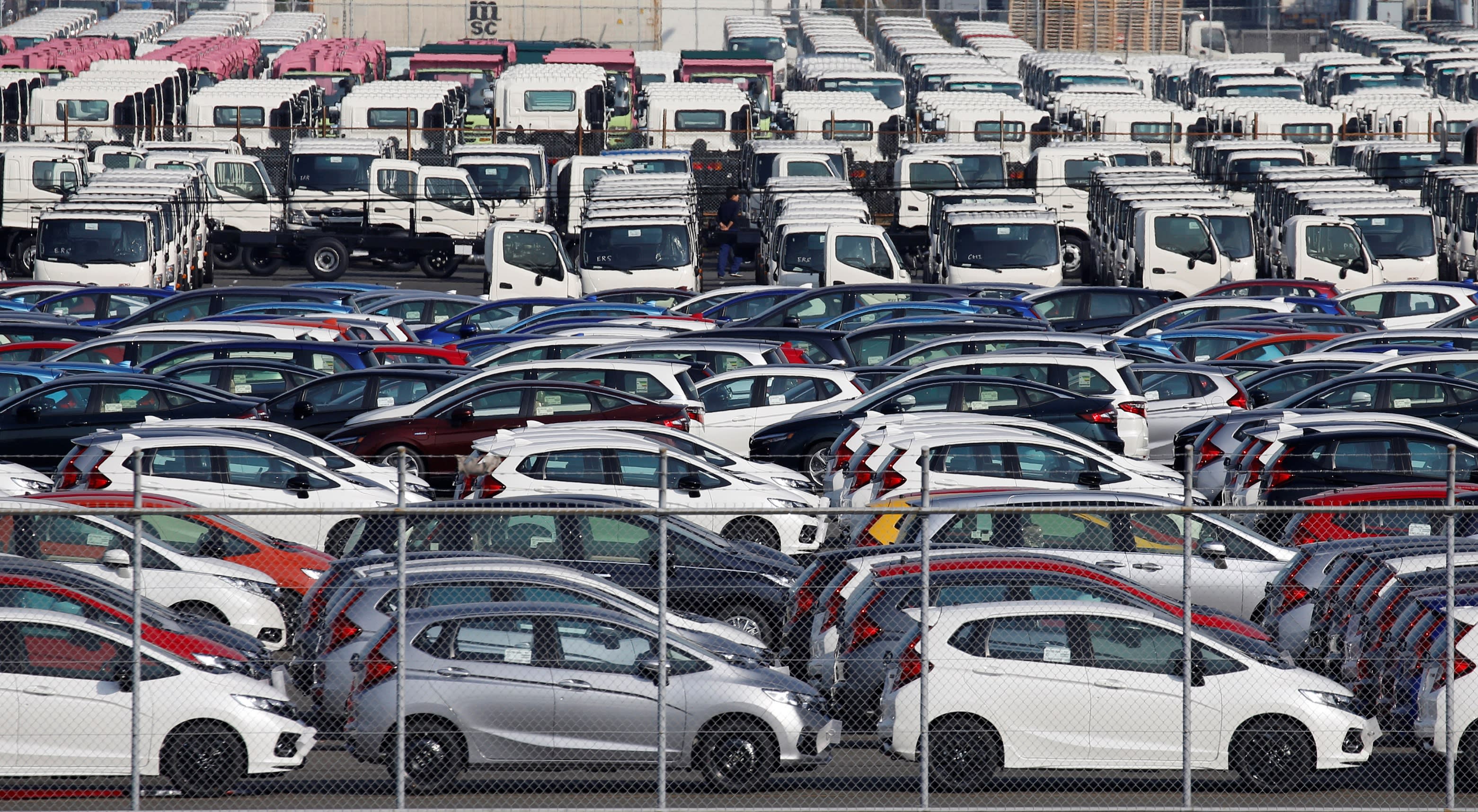 TOKYO -- Overseas factors will play the key role in Japan's economic growth in fiscal 2018, with U.S. tax cuts promising to grease the recovery's wheels and risks like trade frictions threatening to slam the brakes.

The economy will post real growth of 1.1% in the current fiscal year, according to the average estimate of 10 private economists. Spending on labor-saving technologies and other capital investment is expected to grow.

Data released by the cabinet on Wednesday showed Japan's economy cooled for the first time in nine quarters, shrinking by an annualized rate of 0.6% in January-March, ending the longest run of growth since the late 1980s. The U.S. and China also struggled as the global recovery slowed.

U.S. tax cuts, however, are expected to put the global economy back on the track of moderate growth in the April-June quarter. About 60% of private economists expect the U.S. growth rate to rise through 2021, said the Japan Center for Economic Research. The International Monetary Fund predicts a global real growth rate of 3.9% for this year and 2019, up 0.1 percentage point from 2017.

Growing overseas demand due to U.S. tax cuts is likely to result in greater exports of Japanese machinery and other goods overall despite a slump in China's smartphone industry.

But the largest risks to Japan also originate overseas, such as trade frictions sparked by U.S. President Donald Trump. Sumitomo Mitsui Asset Management predicts that if actions like the U.S.-China tariffs reduce global capital investment by 2% then Japan's real growth rate will fall by 0.5 percentage point, bringing it to nearly zero.

Geopolitical risks in the Middle East like Trump's withdrawal from the Iran deal are driving up energy prices, eating into profitability and household budgets. Gasoline is at a nearly three-and-a-half-year high, while electricity and natural gas prices are expected to rise through next month.

Rising prices of daily necessities are spurring households to tighten their belts. Sumito Kawano, the president of local supermarket chain Yaoko, lamented that "there is less foot traffic as people start to buy in bulk."

Although employee compensation for the January-March quarter was the highest since July-September 1999 as hiring improved, it has been difficult for workers to feel that in their wallets as daily goods prices climb.

"Individual consumption, the backbone of domestic demand, will not fully recover unless worker productivity improves and wages rise along with higher earnings," said Ryutaro Kono of BNP Paribas Securities (Japan).