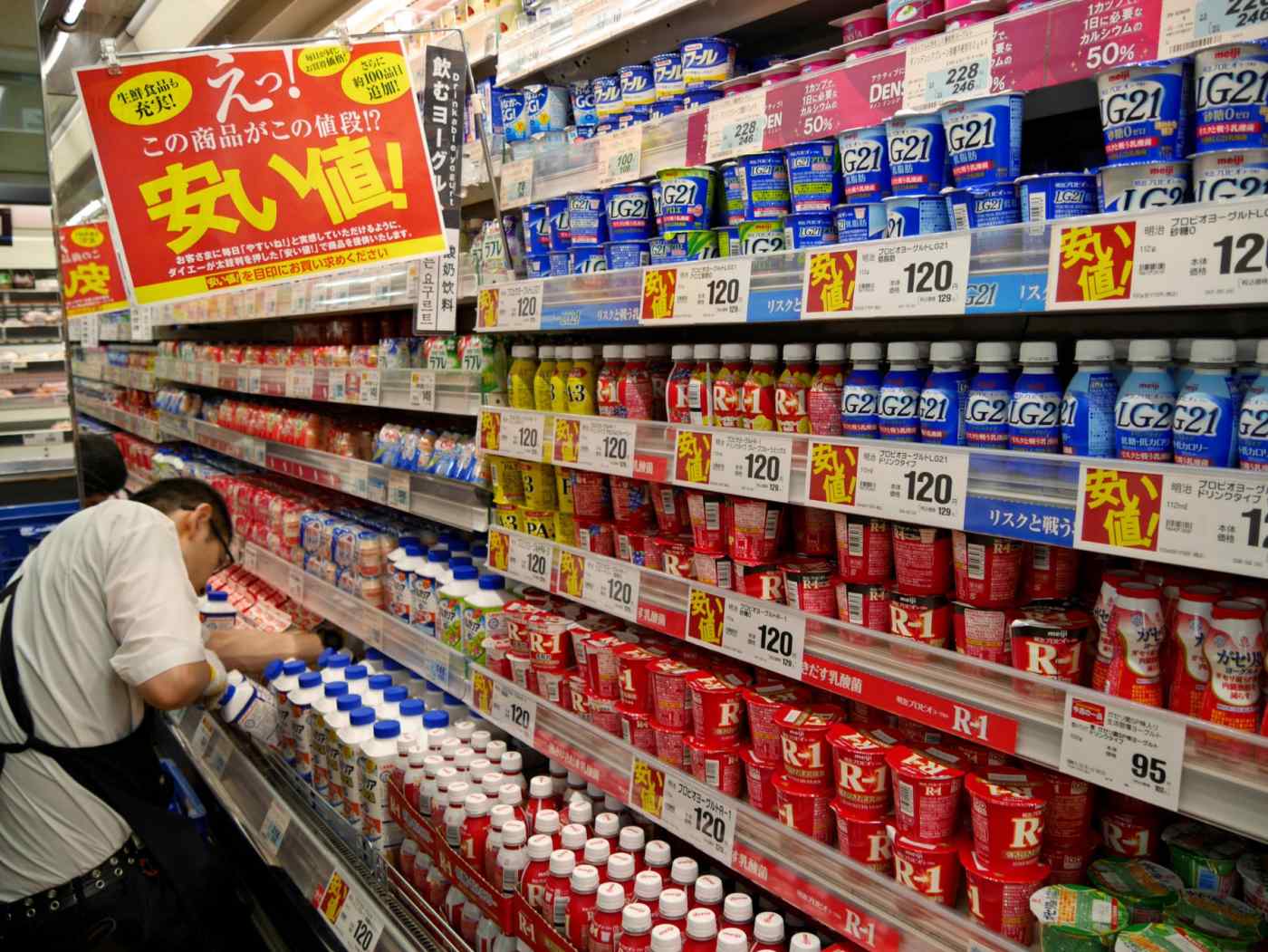 TOKYO -- Bond investors' outlook on price inflation has hit a 10-month low as companies remain leery of raising either wages or prices -- a stubborn legacy of Japan's decades of deflation that has frustrated even the central bank.

The 10-year break-even inflation rate -- the difference in yields between 10-year Japanese government bonds and their inflation-indexed equivalents -- fell to 0.341% on Wednesday, the lowest since October. This indicates little current demand for inflation-linked bonds, whose principal rises as prices grow, and implies dim expectations for inflation over the next decade.

"We're through buying inflation-linked JGBs for now," said Tadashi Matsukawa of PineBridge Investments. The global investment fund operator had bought up such instruments until March 2014 -- the month before Japan's consumption tax was raised from 5% to 8% -- expecting inflation to climb, but has since sold nearly all of them.

Experts back up the market's pessimistic view. Private-sector economists surveyed for the August edition of the Japan Center for Economic Research's monthly ESP Forecast on average predicted 0.87% growth in the consumer price index during fiscal 2018, down from a forecast of 1.01% growth in the March survey.

"Japan spent a long time in a deflationary environment," and those conditions "have proved tenacious" because companies are reluctant to hike wages or pass on costs to customers, said Hajime Takata of the Mizuho Research Institute. Though factors including a recovery in Japan's consumption have handed companies here record earnings, fear lingers that another downturn lays in wait.

Shifts in the foreign exchange market are not helping matters. This month's blistering back-and-forth between the U.S. and North Korea sent nervous investors looking for shelter in the safe-haven yen. The Japanese currency at one point strengthened to less than 109 yen to the dollar, and has appreciated as much as 5 yen to the dollar over the past month. Such a strong yen weighs on import prices, stoking fears of weaker price growth overall.

Even the Bank of Japan has grown less confident in inflation's prospects. The central bank in July downgraded its forecast for price growth in fiscal 2017 and beyond, pushing back the date it expects to reach the "price stability target" of 2% inflation to "around fiscal 2019." This is the sixth such delay since April 2013, when the BOJ began a massive monetary easing program.

Not all the news is bleak: Business sentiment improved between March and June, according to the BOJ's quarterly Tankan survey of companies' short-term economic outlooks. Forecasts of inflation one year down the road rose as well.

But "while deflation has abated in Japan, inflation is not yet well established," Takata said, adding that achieving stable price growth "will take time."

Ordinarily, the BOJ's impulse would be to enhance monetary easing to bring the 2% inflation target closer. But massive easing has continued for five years already, and the central bank is running out of room to take further steps. Some financial market players now argue that the BOJ is effectively stuck, unable to either expand easing or move toward monetary tightening. The bond market seems to have realized this dilemma: Yields on newly issued 10-year JGBs fell Wednesday to a two-month low of 0.04%.