SHANGHAI -- China owes a large part of its rapid economic expansion to how quickly it embraced urbanization. But rapidly disappearing elementary schools point to the decline of the force behind the country's growth: its rural population.

While the number of children entering elementary school has dropped by about 20%, to 17 million in 2017 from 22 million in 1998, schools have closed at a higher rate, with less than a third as many open now compared to 20 years ago.

The Ministry of Education claims that the dwindling number of schools merely reflects changing demographics nationwide, but the drastic drop in numbers clearly illustrates the scale of the exodus to urban areas.

Heshui village, in the southern province of Jiangxi, three and a half hours from Shanghai, typifies this disturbing trend. Aged, impoverished residents mostly live in crumbling brick houses with dirt walls. There is electricity, but no gas. Villagers draw water from nearby streams.

The last student transferred out of Heshui's elementary school in 2011. On the chalkboard one can still see two slogans: "Don't fight" and "Pursue development and commit to efficiency."

Heshui once thrived on forestry, but after logging was banned in the 1980s, almost all working-aged villagers left for the cities.

Zhong Caihua, 48, was one of them. She recently returned, however, intent on turning an abandoned elementary school into a nursing home. "There are only about 20 seniors, though around 200 people who work elsewhere return during the Lunar New Year holiday," Zhong said. The call to "pursue development and commit to efficiency" written on a blackboard of this abandoned school has left if bereft of students, as parents moved to cities.

One woman in her 70s who did not leave now lives alone with her sickly daughter. Absent steady income, the old lady manages to scrape by on the monthly government subsidy of 400 yuan ($58) per person -- coincidentally, the same amount set by the World Bank demarcating the poverty line.

The nearby village of Diaozhong suffered a similar exodus. "I am the only real worker here, and my job is to take care of the elderly," laughed 41-year-old Shuai Ruzhu, one of the village's more spry residents. Diaozhong's elementary school closed about 10 years ago.

The government does not seem particularly bothered by the situation, its focus still glued on economic growth. A senior official at the National Bureau of Statistics once said as much: "People moving from the country to the city alone increases GDP." In fact, per capita disposal income of city dwellers is nearly triple that of people in rural areas. 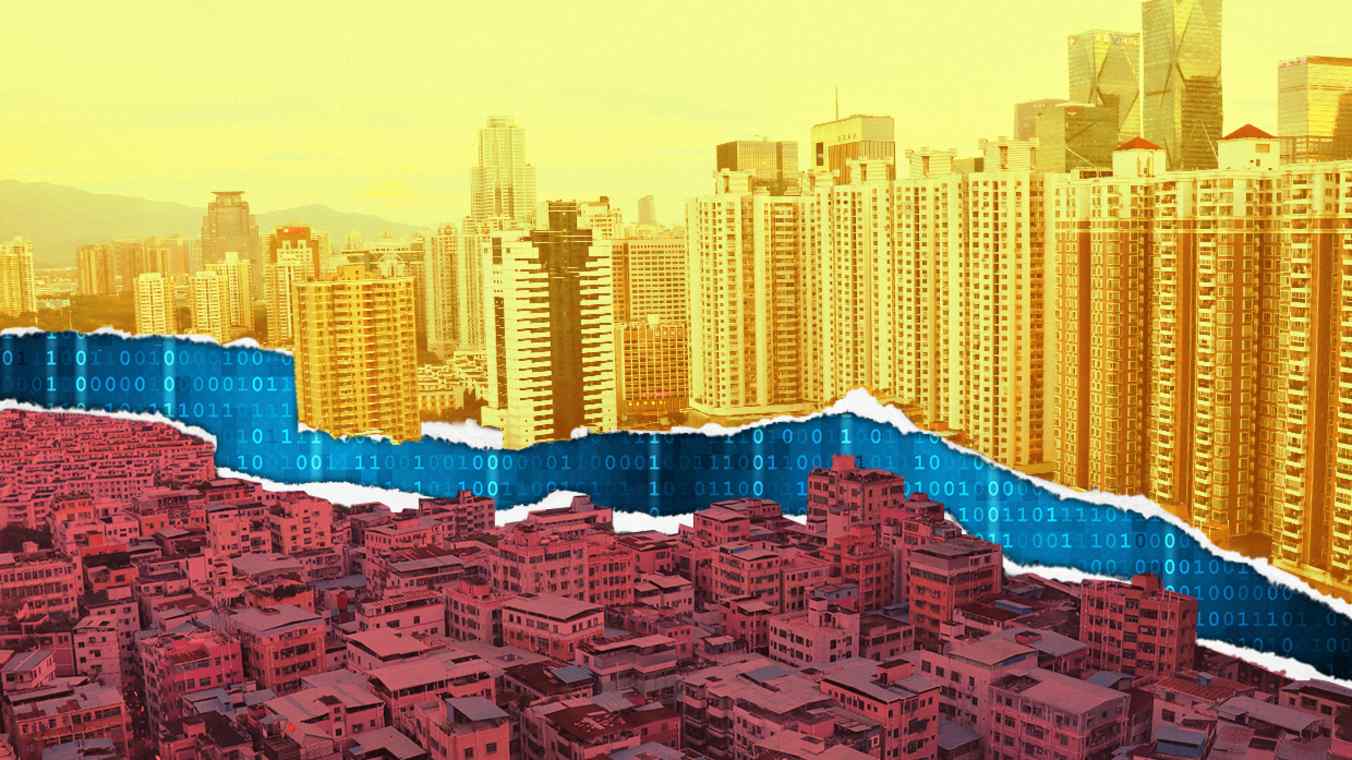 Leaving hardscrabble lives in the country for paying jobs in the city may be good for the gross domestic product, but it leaves rural areas devoid of youth, turning small villages and towns into backwaters of poverty and sowing the seeds of an unsustainable future.

The country's urban population nearly doubled in the past two decades to 813 million at the end of 2017, while its rural population shrank by about 30% to 576 million. The agricultural census also shows a steep drop in the number of people involved in farming and related sectors.

These demographic shifts -- if they continue -- do not bode well for China's future.

The bulk of China's urban workforce fueling the country's expansion has come from the country. Now this labor pool is drying up, and with it, rural workers needed to feed and clothe a swelling urban population.

The few aged Heshui villagers that still remain -- and the shuttered school left behind -- not only symbolize a graying China, but also signal the weakening of the country's key economic driver.