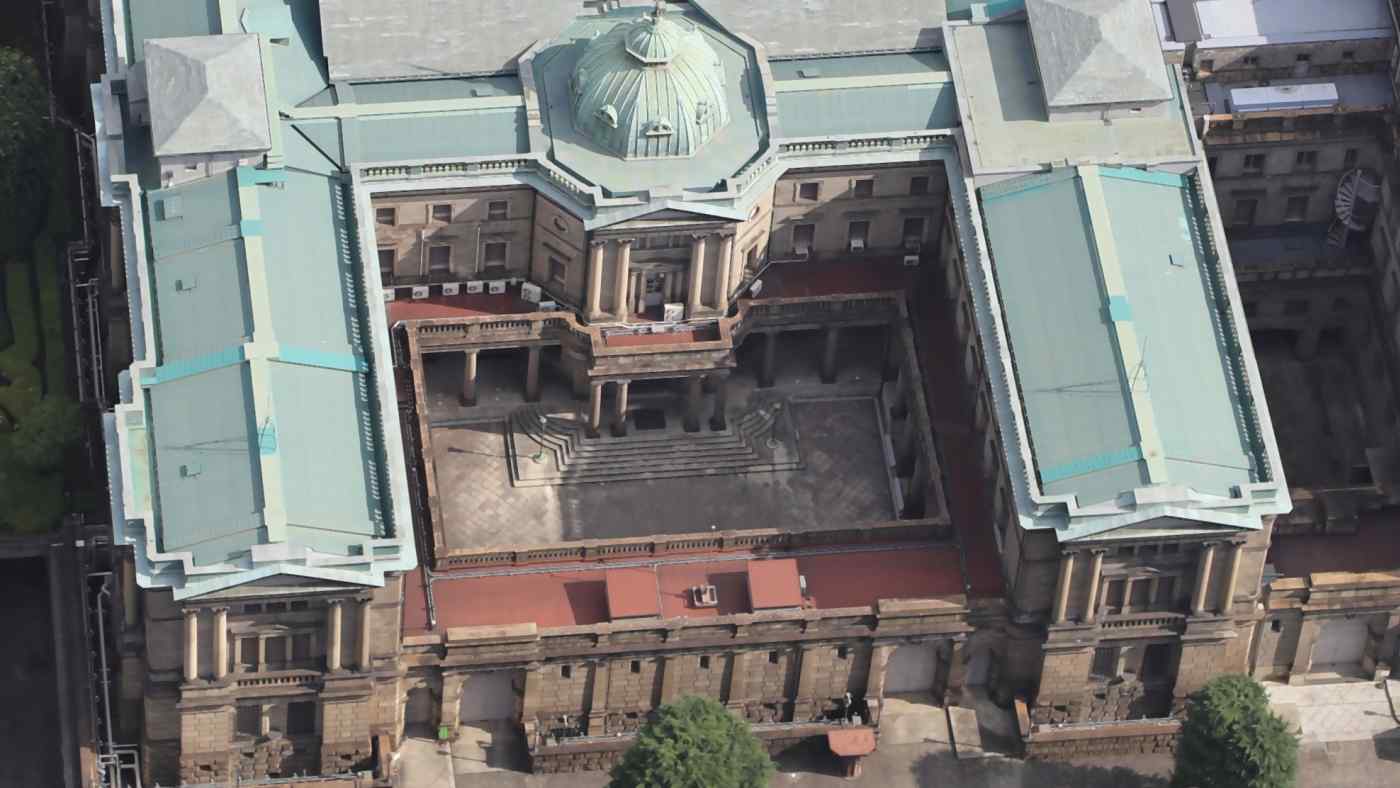 Many of the top brass at the Bank of Japan's head office have sensed Gov. Haruhiko Kuroda's shift since he began his second five-year term in February. (Photo by Akira Kodaka)
TATSUYA GOTO and KOTARO FUKUOKA, Nikkei staff writersAugust 5, 2018 19:01 JST | Japan
CopyCopied

TOKYO -- It was a day of mixed messages at the Bank of Japan, and the bond market here has been off-kilter ever since.

On July 31, while declaring that the central bank would now tolerate greater swings in long-term rates, Gov. Haruhiko Kuroda also pledged that the BOJ would stick to its promise to keep interest rates at ultralow levels for the foreseeable future.

The reception in the market was decidedly varied. Some analysts focused on the promise to keep rates low. Others paid closer attention to greater tolerance for rising rates. The result was constant volatility for the benchmark Japanese government bond rate throughout the week.

The muddle reflected the state of a BOJ struggling to understand why Japan's prices stay stubbornly low. The latest consumer price index numbers, released on July 20, were "heartbreaking" for the bank's staff, a senior BOJ official said.

One change that has occurred at the central bank is Gov. Kuroda himself. Known for surprising the market with "bazookas," of late he has signaled a heightened awareness of how the bank's prolonged ultraloose policy has squeezed bank earnings and brought the JGB market to a virtual standstill.

Many of the BOJ top brass have sensed Kuroda's shift since he began his second five-year term in February. One senior BOJ official has coined a nickname for the current iteration of the central bank boss: "Kuroda 2.0."

Reflecting that thinking are the actions taken by Masayoshi Amamiya, the deputy governor who had been the lead architect of the BOJ's programs. In May, Amamiya directed the BOJ's statistics team to re-examine why inflation is not picking up. If consumer prices continue to undershoot the 2% inflation goal, the bank could be forced to expand its already unprecedented easing program.

Responding to Kuroda's worries, Amamiya looked to pin the sluggish inflation on structural factors and tweak the policy in a way that extends the life of the program while remaining heedful of the harmful effects.

But awareness of the side effects puts upward pressure on interest rates. The BOJ's reflationists -- those who want to loosen policy even more in order to hit the inflation target -- may not fall in line with the tweaks. Deputy Gov. Masazumi Wakatabe, along with board members Yutaka Harada and Goushi Kataoka, have adopted the stance that further easing is the prescription for low inflation.

Wakatabe, in particular, who assumed his position this March, was appointed on the recommendation of reflationists such as Etsuro Honda, who previously served as Prime Minister Shinzo Abe's economic adviser. If a compromise cannot be reached with Wakatabe, the BOJ's rift may boil to the surface.

The policy adjustments announced on July 31 came amid some tension. After hearing the news, first reported July 20, that the BOJ was considering adjusting its approach to interest rates, one reflationist board member stormed into the central bank's back offices. 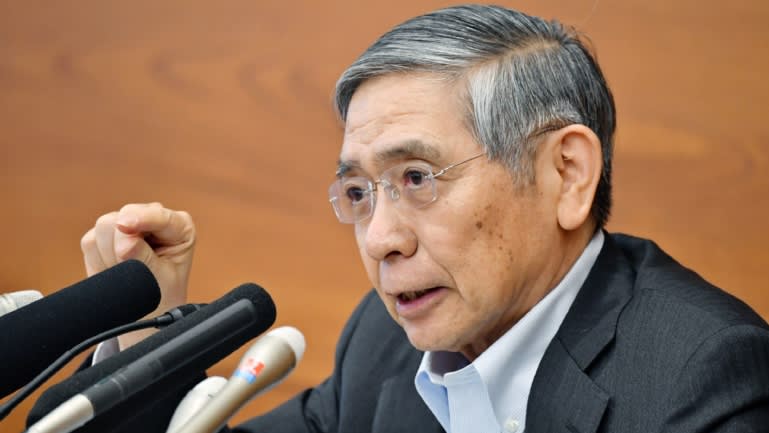 "What is this?" demanded the board member.

For the reflationists, finding a way to boost inflation to the 2% target was job one. But now it seems that the central bank's support staffers are drawing up a scheme to deal with easing's harmful effects behind closed doors.

The BOJ started closing in on the final version of the policy on July 26. The inflation outlooks of the bank's nine board members showed a median rate of only 1.6% in fiscal 2020. With that falling well short of the 2% target, it made it that much tougher to craft a policy proposal that would be overtly responsive to easing's side effects.

The BOJ eventually came up with forward guidance for the policy, which pledges to keep interest rates low "for an extended period of time." That addition also aims to head off speculation that the central bank's tweaks can in any way be construed as a move toward monetary tightening.

One of the adjustments is to allow 10-year yields to move upward and downward from zero "to some extent," indicating a tolerance for long-term rates to move outside the band of plus and minus 0.1%. Kuroda emphasized that the tweak is meant to create a more sustainable easing policy. "There is absolutely no intention to raise rates," he said.

"There was a high hurdle for policy adjustments that deal with side effects," said a senior BOJ official.

When the BOJ introduced rate controls two years ago, many senior officials equated the policy move with switching from a 100-meter sprint to a 1,000-meter distance race. Hitting the 2% target at the end of Kuroda's current term in fiscal 2022 could prove difficult, said a BOJ source. The bank is so far from the goal at this point that it's hard to imagine there is even a finish line.

The new policy is off to a questionable start. Kuroda said at the post-meeting news conference that the BOJ's tolerance level for rate variability is "roughly double" what it was before. Exactly what the phrase "some extent" implies is subject to slightly different interpretations among policy board members, Amamiya told reporters on Aug. 2.

"But we generally share the same understanding," he added.

Yet none of that is written down on paper, a source of confusion for the market. Harada cast one of two dissenting votes against the revised yield curve controls, reasoning that the forward guidance does not go far enough. The gap between Kuroda 2.0 and the reflationists could have frustrating implications for future policy meetings.