MANILA Philippine voters made an unconventional choice when they elected Rodrigo Duterte president. Since taking office, however, the former mayor, known for his incendiary rhetoric and controversial views on crime, has proven surprisingly diplomatic. 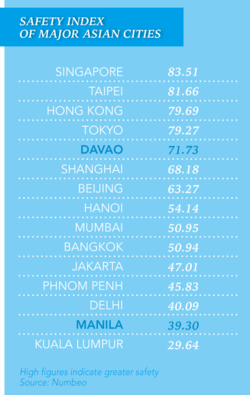 In his inaugural speech in Manila on June 30, Duterte stressed the need for rebuilding trust and called on the nation to work toward the "common good."

"Erosion of faith and trust in government -- that is the real problem that confronts us. ... Love of country, subordination of personal interests to the common good, concern and care for the helpless and the impoverished -- these are among the lost and faded values that we seek to recover and revitalize as we commence our journey towards a better Philippines."

He continued: "The ride will be rough. But come and join me just the same. Together, shoulder to shoulder, let us take the first wobbly steps in this quest."

A PRESIDENT APART Duterte is clearly cast in a different mold than his predecessor. Prior to taking office, he told reporters that even as president, he plans to live in Davao, taking the two-hour, 980km flight between his hometown and Manila as often as necessary. Sure enough, during his first weekend in office, he flew back to Davao.

By staying in Davao, Duterte is hoping to shift the nation's focus away from the capital. He is also keen to keep his distance from national politics and the backroom dealing that often goes hand-in-hand with the bureaucracy.

Before assuming office, Duterte had visited the capital only once, when he met his Cabinet at the same venue where former President Benigno Aquino hosted the leaders of the Asia-Pacific Economic Cooperation forum in November 2015.

Duterte also has an unorthodox work style. During the presidential campaign, he wore T-shirts and jeans, donning the traditional barong tagalog only once, for an open debate in Cebu.

He is also known as a night owl, waking up at noon and working through the night before returning to his two-story home at around dawn.

In his first event as president, he attended a morning ceremony installing the new police chief, a marked departure from his nocturnal lifestyle.

The first president from Mindanao, Duterte was born in Leyte in March 1945 and served as a public prosecutor in Davao. In 1988, he was elected mayor of Davao for the first time, serving more than 20 years in the post. He left office only twice, to comply with term limits.

PERSONALITY POLITICS Personalities more than policies drive Philippine politics. Duterte gained 38% of the vote in the five-way race, as his strong character and track record in Davao -- he has cracked down on crime and boosted the city's prosperity significantly-- garnered him support across all income levels. The new president won on a campaign focusing on law and order. (Photo by Keiichiro Asahara)

The Philippine economy grew 6% under the Aquino administration, one of the highest rates in Southeast Asia. But voters left behind by this rapid growth supported Duterte and his "pro-poor policies." He has called for correcting the overconcentration of wealth in Manila and for greater investment in rural provinces. So far, he has offered few details on how to achieve these aims, though he does have a strong track record in this area. On his watch, Davao has become a popular vacation destination -- tourists topped 1.7 million last year -- and a center for business process outsourcing companies.

Duterte's campaign strategy of focusing on crime and federalism and sidestepping economic policies clearly succeeded, however, given the overwhelming mandate he received from voters.

He has stood firm amid criticism at home and abroad about some of his more controversial views. Asked what he intended to do about killings of journalists, Duterte said in a press conference in late May, "Just because you are a journalist, you are not exempted from assassination if you are a son of a bitch."

Duterte has not granted interviews since then, but after his inauguration, his spokesperson said the president will set up a task force to investigate killings of journalists and that a freedom of information order will be issued. 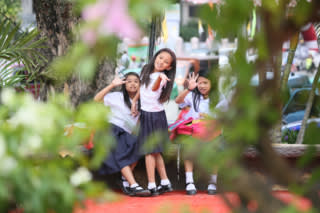 Davao now ranks among the safest cities in Asia. (Photo by Keiichiro Asahara)

By the time martial law ended in 1986, the economy had hit rock bottom, and the presidents who took power once democracy was restored faced a string of crises during their respective terms.

Aquino, who took office in 2010, restored the Philippines' economic momentum, but a quarter of the population remained poor. Duterte, by contrast, hails from Mindanao, where 60% of the population of 20 million people are impoverished. Much of his support stems from poor voters hoping for a change to the status quo.

The new president has played up his image as a politician from outside the establishment. He has repeatedly pointed out that wealth is concentrated in Manila, even though only 13 million of the nation's population of 100 million live in the capital.

Per capita GDP figures testify to the economic disparities in the Philippines. While the figure is around $8,200 in Manila, with its growing middle class, for the region of Visayas, which includes the nation's second-largest city of Cebu, it is just $2,550, lower than the national average in 2014. The figure stands at around $2,400 in the southern part of Mindanao, including Davao, and $690 in the Islamic autonomous area, the country's poorest region.

As mayor, Duterte crafted and directed a 25-year development plan for Davao. Now, his economic team has outlined a 10-point strategy for making growth more inclusive, which includes developing rural infrastructure and agriculture.

DUTERTE AND DIPLOMACY Initially, one of Duterte's biggest challenges will be diplomacy. A United Nations arbitration court on July 12 will announce its decision on the Philippines' request for a ruling on the validity of China's territorial claims in the South China Sea. 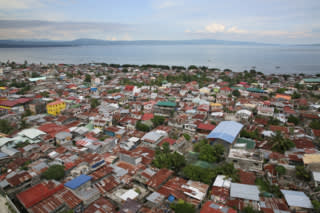 Davao has become an attractive investment destination during Duterte's tenure as mayor. (Photo by Keiichiro Asahara)

In his first cabinet meeting, Duterte indicated that the Philippines might tone down its rhetoric against China over the disputed waters.

Should the ruling favor the Philippine position, Duterte said he doesn't intend to "flaunt it" and prefers to "study progressively how we can use that."

Despite issuing comments that are seen as pro-China, Duterte has also said he will implement a pact signed by the former administration that calls for a greater American military presence in the country.

Delfin Lorenzana, who is a longtime friend of Duterte and will serve as the defense secretary in the new government, told the Nikkei Asian Review that he will continue the Aquino administration's policy of modernizing the nation's military. This indicates the administration will also take a realistic stance on diplomacy.

There is no doubting Duterte's ability to get things done. But some in Manila, the political center of the Philippines, are alarmed by his emergence on the national stage.

Duterte offered cabinet posts to the Communist Party of the Philippines to build confidence in peace talks with communist guerrillas with the ultimate aim of luring foreign investment to the country's rural areas. But the move could lead foreign observers to view the Duterte administration as more strongly as pro-China. It may also invite a backlash from the military and police.

Duterte's tendency to downplay the rule of law for the sake of tackling crime is another cause for alarm among overseas observers.

In his inaugural address, Duterte attempted to quell fears of his autocratic tendencies: "As a lawyer and a former prosecutor, I know the limits of the power and authority of the president. I know what is legal and what is not," he said. "My adherence to due process and the rule of law is uncompromising."

Ultimately, the biggest challenge for the new president will be neither China nor the U.S. -- it will be the Philippines itself.

How Duterte's six years in office play out will affect both the economic growth and the future of democracy in the Association of Southeast Asian Nations as a whole.