The decision comes amid a major market sell-off and rising inflation. Market participants will closely watch how the president's economic team attempts to drive growth while maintaining fiscal discipline.

Finance Secretary Carlos Dominguez, who on Monday met with the heads of the budget and socioeconomic planning departments, said the economic team raised the budget deficit ceiling to 3.2% of gross domestic product for 2019 from the original 3%. The cap is to return to 3% in 2020 and remain at that level until 2022.

Dominguez told reporters that raising the ceiling would allow the government to step up spending on infrastructure and social services. The extra spending will help reach GDP growth of 7% to 8%, which is being targeted every year until 2022, officials said.

The growth target went unchanged at Monday's meeting, but the 2018 inflation forecast was increased to 4%-4.5% from 2%-4%, which is also the central bank's official target. The economic team expects inflation to settle at 2%-4% from next year until 2022.

The finance secretary suggested that raising the deficit ceiling will not hurt the Philippines' credit outlook, thanks to rising revenue and a declining debt-to-GDP ratio.

The spending plan comes after two interest rate increases by the Philippine central bank to control inflation, which has hit its highest level in at least five-years and breached official targets.

"To offset possible growth moderation arising from this monetary tightening, the government is increasing spending," said Angelo Taningco, an economist at Security Bank in Manila. 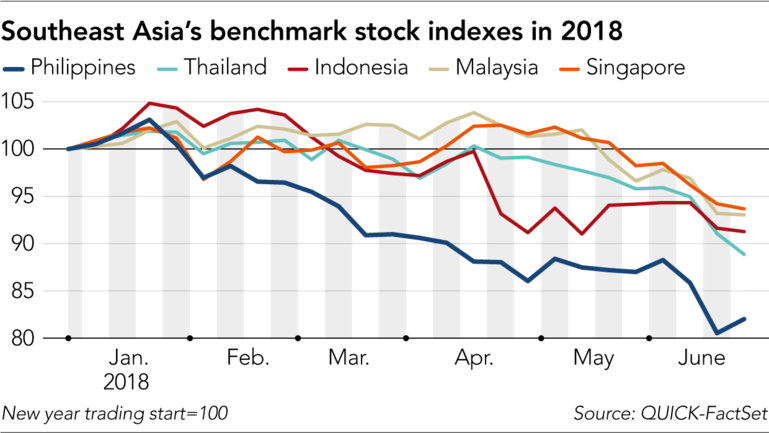 Duterte, who entered his third year in power on June 30, presided over 6% economic growth during the first two years of his six-year term. His goal is to spend around $180 billion on infrastructure to meet the country's growth target.

The market, though, has not been too upbeat recently.

The Philippine Stock Exchange Composite Index finished the first half of this year as the worst performer among major Southeast Asian equity indexes.

The wider upheaval in emerging market equities is partly due to rising interest rates in the U.S. In the Philippines, the equities sell-off is also being exacerbated by a weak peso, which is trading at its lowest level in 12 years, according to Luis Limlingan, an analyst at Regina Capital Development.

The currency's plight is due to a widening trade deficit, mainly caused by extensive import of capital goods for infrastructure development, officials have said. 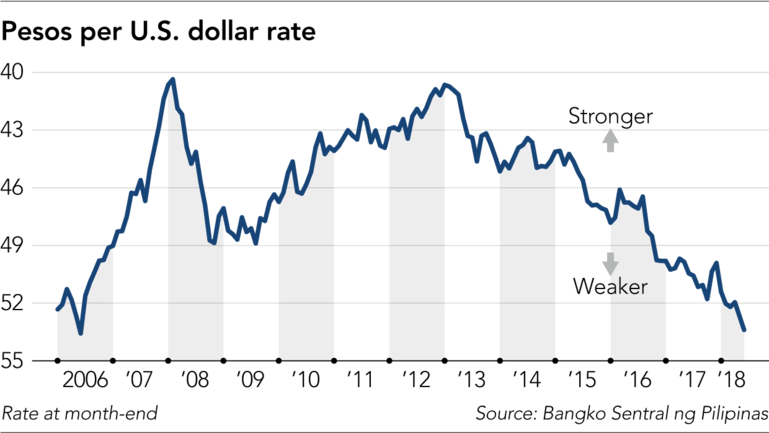 Dominguez also played down worries that plunging share prices and the depreciating peso are signs of a weak economy. "We are steaming ahead quite well, if you ask me," he said.

Despite the stock market decline, the Philippine economy remains one of Asia's fastest growing.