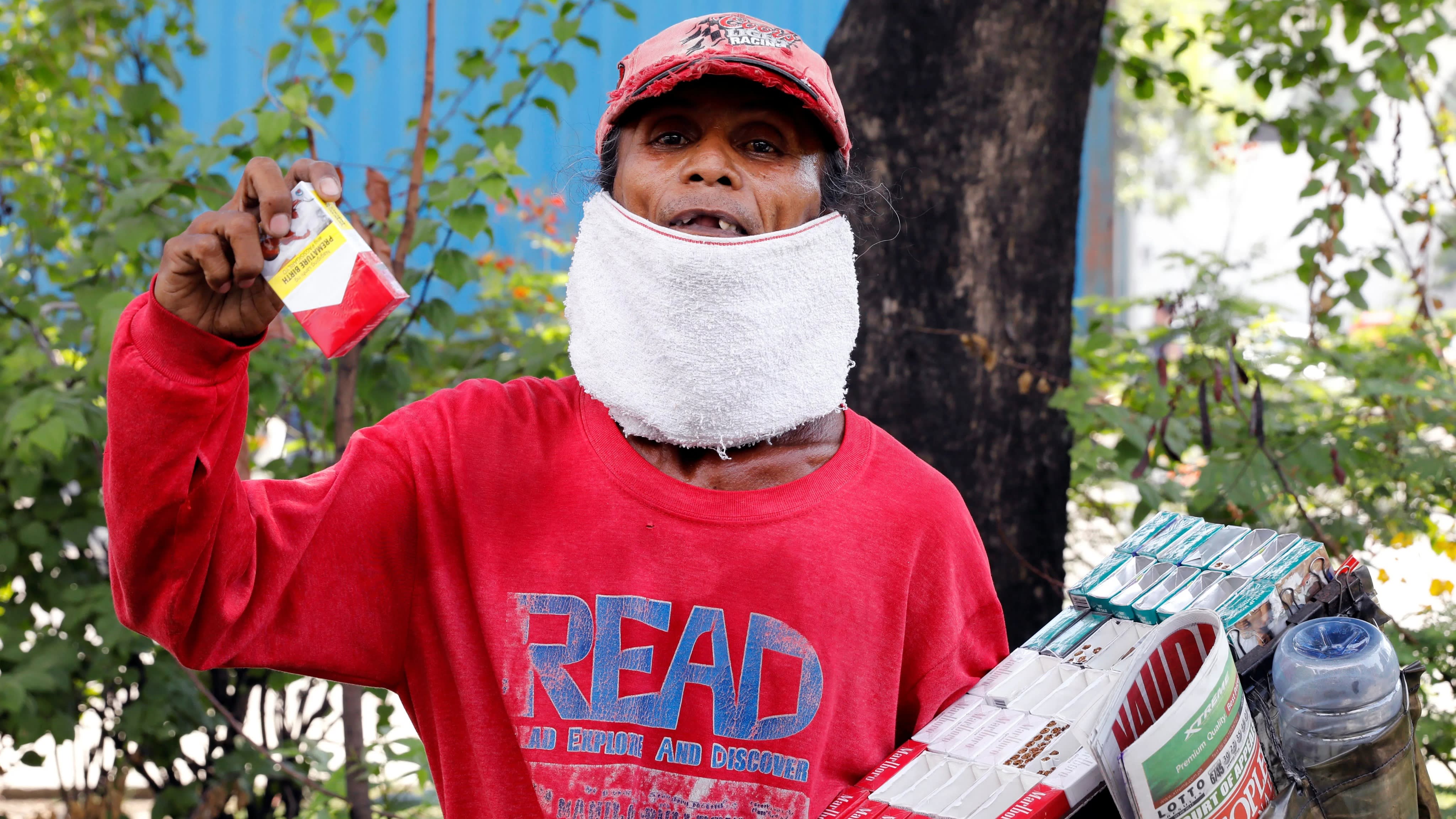 A merchant sells cigarrettes to motorists in Manila. The Department of Health hopes the measure approved on Monday will end the cycle of poverty and health inequality brought about by smoking.   © Reuters
MIKHAIL FLORES, Nikkei staff writerJune 3, 2019 22:01 JST | Philippines
CopyCopied

By a 20-0 vote, senators approved a bill to hike excise taxes on cigarettes incrementally by 29% to 71% over the next five years. The measure, the Department of Finance said, would raise new revenue of up to 14.9 billion pesos ($285.3 million) by next year and up to 30.8 billion pesos by 2024. The House of Representatives is expected to adopt the bill on Tuesday.

The bill also includes a tax on electronic cigarettes for the first time.

The measure comes at a time when the Duterte government needs to raise additional taxes to fund an ambitious universal health care law in a country where public health is fragmented and the private sector has a strong presence. At the same time, the bill aims to further reduce cigarette consumption among Filipinos.

The Senate has opted to exclude alcohol in the approved bill, but related proposals also seek to increase taxes on liquor.

"There will be some shortfall coming up, but the clouds are clearing," Finance Secretary Carlos Dominguez told the Nikkei Asian Review on Monday. "This is not the end."

In March, Duterte signed a law that automatically enrolls all Filipinos in a state-controlled National Health Insurance Program and fortifies basic health services in villages and towns. The World Health Organization said Duterte's version of a universal health care program is the first of its kind in the Western Pacific region.

"From the population's perspective, when implemented effectively, the act will mean all Filipinos get the health care they need, when they need it, without suffering financial hardship as a result," the WHO said.

While the measure would reduce out-of-pocket expenses for hospital bills, it would require additional funding to the government's budget.

Duterte's universal health care law would need 258 billion pesos in the first year alone. The government's available funding only covers about three-quarters of that amount and with the incremental revenue from the tobacco taxes, Duterte would still be short by around 48.5 billion pesos to fully fund the program.

At the same time, the Department of Health seeks to further reduce tobacco consumption with the higher excise taxes. Smoking prevalence decreased to 23% among the population in 2018 from over 28% a decade ago. However, that figure has marginally increased this year to 24% based on a local survey.

The Department of Health said it hopes the measure will end the cycle of poverty and health inequality brought about by smoking. By making smoking more expensive and cigarettes less affordable, many low-income households will be unable to sustain the habit.