Philippine leader once threatened oligarchs but now needs their support 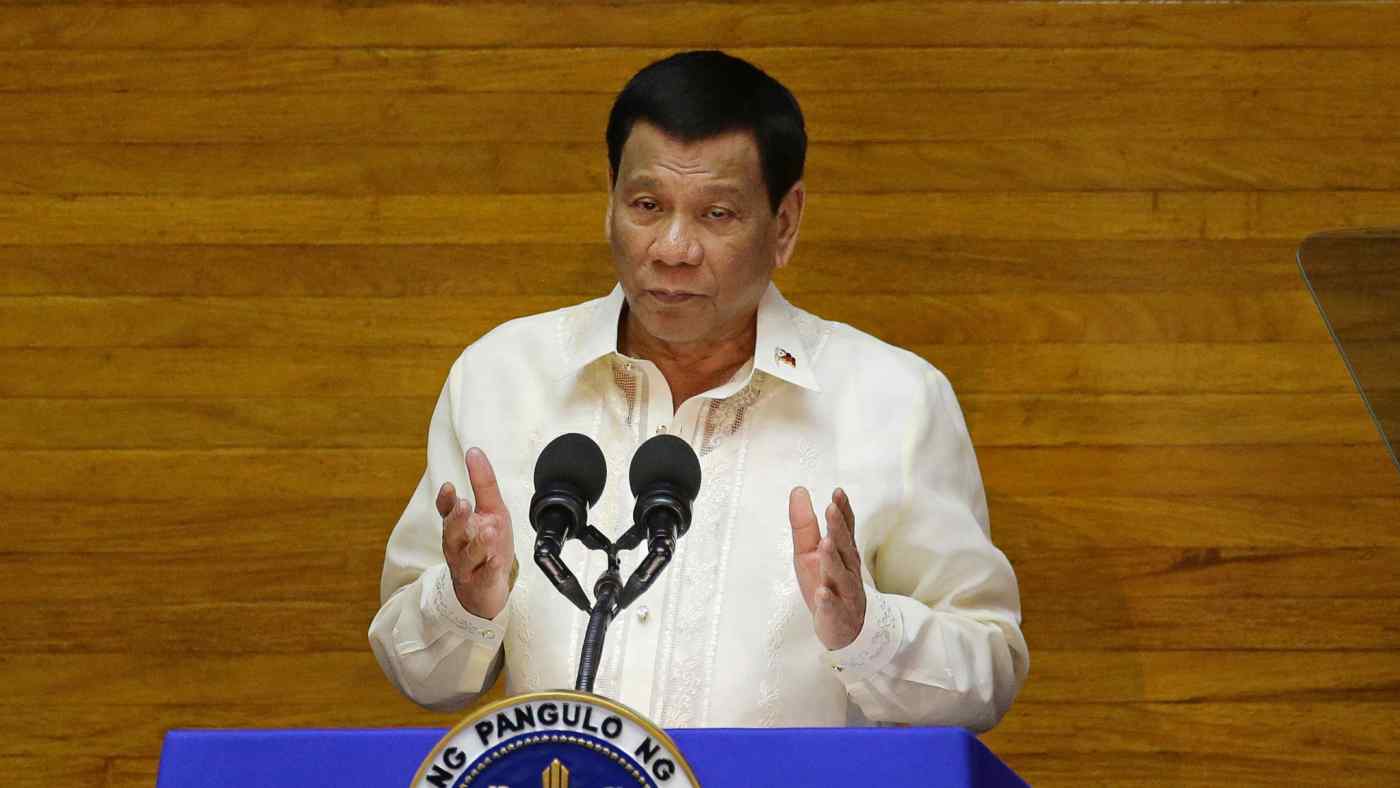 MANILA -- Philippine President Rodrigo Duterte is doubling down on efforts to win over the country's tycoons, as he seeks to drum up political support for an ambitious campaign to rewrite the constitution.

During his state of the nation address on Monday, Duterte made a strong pitch for passing the second part of his comprehensive tax reform program. "Package 2," as it is known, centers on reducing the corporate income tax to 25% from 30%, the highest in Southeast Asia.