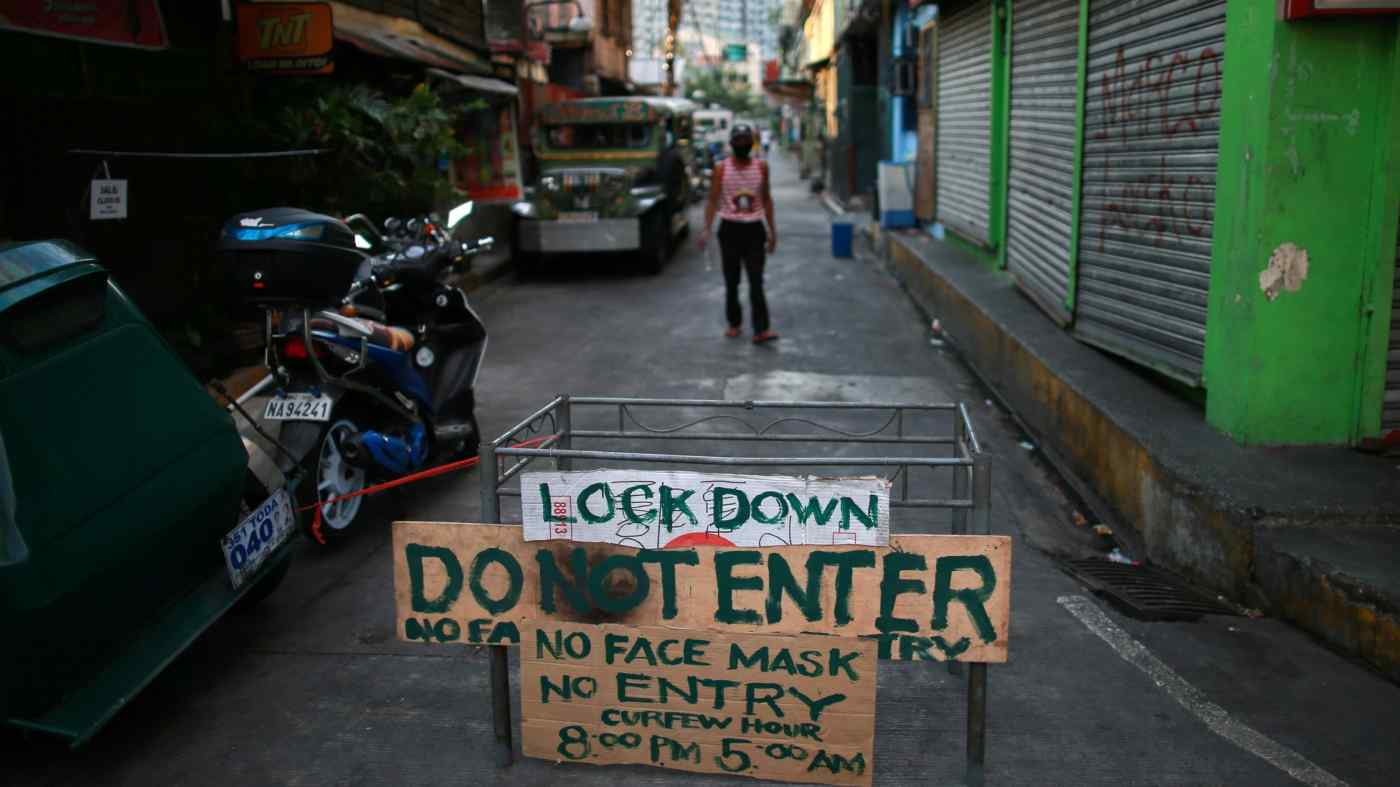 MANILA -- Lea Ariola's small business making mushroom chips, a tasty local vegetarian snack, has been shuttered in the coronavirus pandemic, and she is outraged -- that the government has prioritised the poor for financial assistance.

"It's so unfair," the employer of two told the Nikkei Asian Review. "We the middle class work hard and pay taxes, but the poor always get assistance and some just use the money to gamble -- it's like teaching them to be lazy."

Similar sentiments have been reverberating around social media echo chambers, with the poor coming in for frequent drubbings.

Pressure has meanwhile been mounting on President Rodrigo Duterte to expand cash subsidies as his government struggles to assemble a debt-based stimulus program.

Other countries in Southeast Asia, including Indonesia, Thailand and Malaysia, have also distributed cash to tide the region's poor over during the economic shutdown.

Luzon accounts for around 75% of the national economy, and the COVID-19 crisis has crippled businesses and hit millions of families employed on a no-work, no-pay basis.

In late March, Duterte was empowered by congress to reallocate the national budget and spend some 200 billion pesos ($4 billion) to subsidize 18 million impoverished households. These are eligible for monthly cash assistance of 5,000 to 8,000 pesos ($100-160) for two months.

When disbursements began early this month, a woman who said in a TV interview that 8,000 pesos was only enough for a week trended on Facebook. She became a target of furious members of the middle classes, which make up nearly 40% of households. 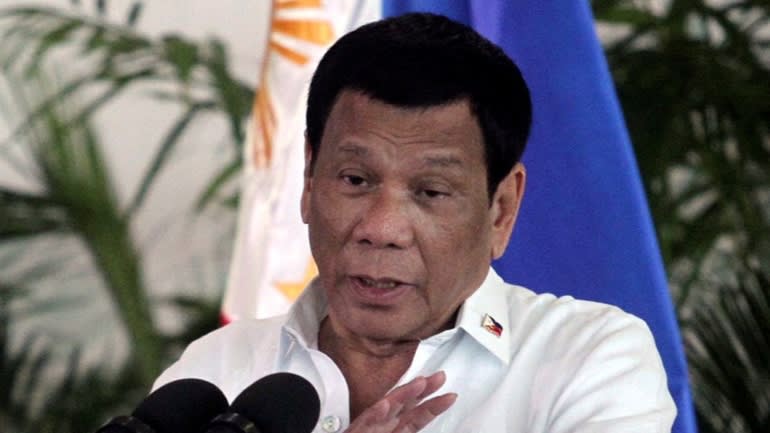 To fight the coronavirus outbreak, Duterte was empowered by congress to reallocate the national budget, but is caught between the poor and the middle class.   © Reuters

"Everybody is feeling the pinch," said Victor Abola, an economics professor at the University of Asia and the Pacific in Manila. "And the middle class has been particularly vocal on social media."

Middle class disdain for the poor is nothing new, but self-isolation may have heightened emotions, said Jose Ramon Albert, a senior fellow at the Philippine Institute for Development Studies, a state think tank. "When people are locked down, there's a lot more anxiety and there's a lot of anger," he said.

Both Abola and Albert support prioritizing poor and low-income households, which according to Albert, represent over half the population.

"The middle class should understand that after the pandemic, they will recover. But the poor will still be poor, and it will be hard for them to bounce back," said Albert, who has extensively researched household income issues.

Abola noted that the middle classes enjoyed a lift when Duterte eased tax burdens and raised take-home pay at the beginning of 2018.

Gloria Arellano, national chairperson of Kadamay, a national alliance of the urban poor, said the middle classes should mind their words.

"We are all affected by this virus," Arellano told Nikkei. "The middle class should not fight with the poor. They said we don't pay taxes, but we pay VAT when we buy food and clothes."

The recriminations have simmered as the government scrambles to create the largest social amelioration program in the country's history.

"Borrow or steal, I don't care," Duterte said in a typically blunt speech on Apr. 6. The president has suggested selling off state assets like the Cultural Center of the Philippines, and called on Finance Secretary Carlos Dominguez to generate funds.

One provincial governor at least has spoken up to Duterte on behalf of the middle classes. "I said we study [it] and we might be able to produce the money," Duterte responded.

Dominguez told congress on Tuesday that the government has 1.4 trillion pesos in stimulus funds, an amount that includes monetary easing by the central bank.

The fiscal stimulus will be partly funded through loans from the World Bank, the Asian Development Bank and by the central bank's purchase of government bonds. This is expected to lift the country's debt to gross domestic product ratio from 41.5% last year to 46.7%.

"We need to realize that our funds are not endless," Dominguez said. "We need to spend the money correctly and not on wasteful activities."

On Wednesday, the government said Duterte approved a wage subsidy for 3.4 million workers who belong to the "low-middle to medium-middle income class." They will receive the cash aid beginning next month.

As the government mulls more subsidies, it is also bracing for the economy to shrink by 0.8% or at best to post zero growth. This will be the worst performance since 1998, the year after the Asian financial crisis. The government is expecting job losses of 1.2 million.

Abola has called on the private sector to step up. The economist said listed companies earned around 500 billion pesos last year, and using a tenth of that to support their employees would ease the situation for the middle classes.

"I don't think the government can afford it, simply because the requirement of the middle is much higher," Abola said.

Speaking as a small businessperson, Ariola said the government must seek a "win-win solution" for everyone. "I couldn't take seeing my countrymen starve," she said.

Arellano said many of the urban poor have yet to receive any cash assistance, and some have only received part of what is due.

Albert said the government needed to communicate better, and make people understand that cash subsidies cannot be universal. "We should remove this notion of class war," he said. "We should support each other during this time."