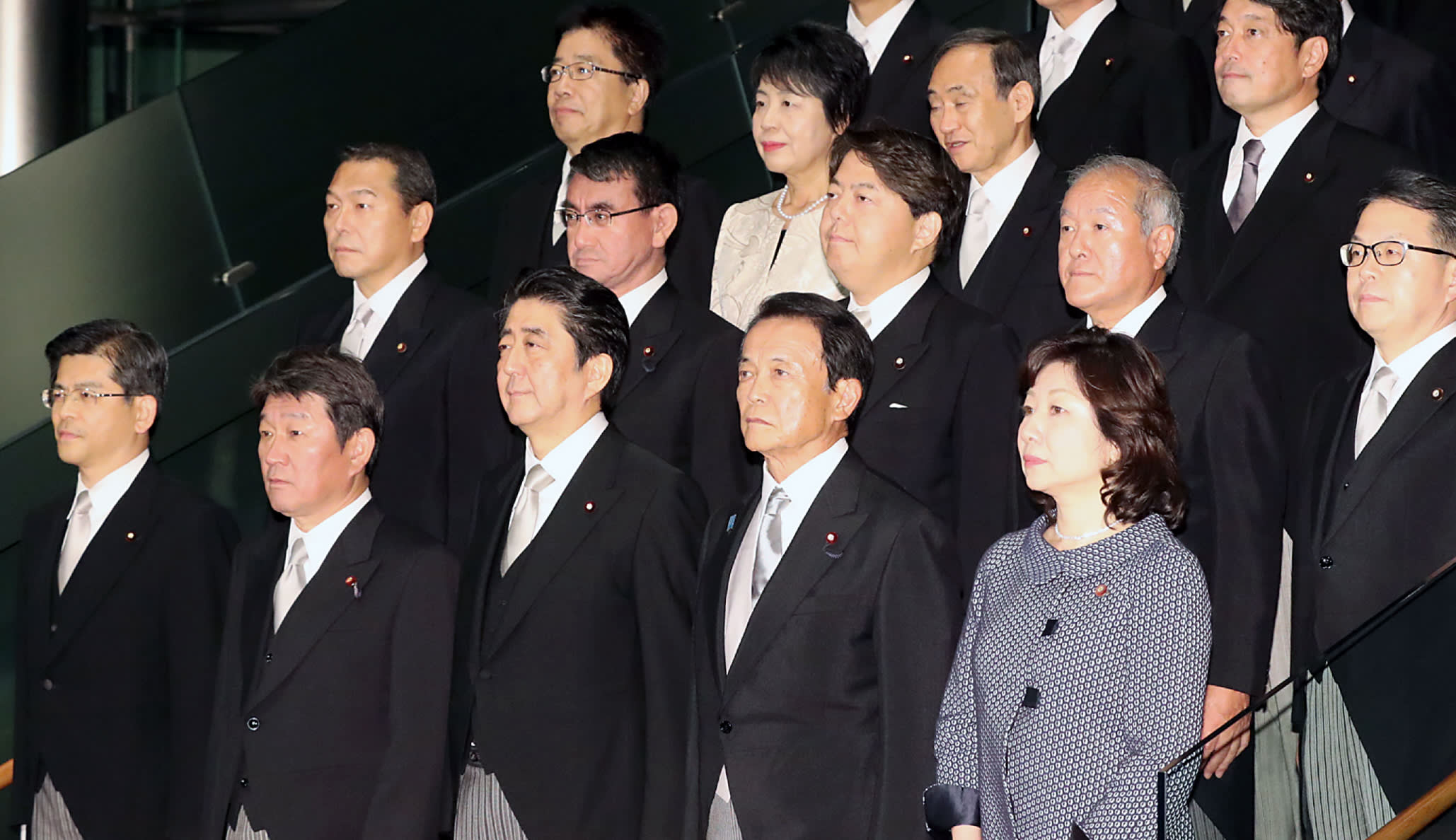 Japan's current government, led by Prime Minister Shinzo Abe and launched in late 2012, set out the goal of reviving the economy and turned Abenomics into a buzzword.

Four and a half years later, reforms aimed at sustaining economic growth in the medium to long term remain half finished, though employment and corporate earnings have improved.

When Abe reshuffled his cabinet earlier this month, he said the government would continue to make the economy its highest priority. He now needs to make good on his vow.

Abenomics started with "three arrows" -- aggressive monetary expansion, flexible fiscal spending and a growth strategy that includes regulatory reforms. The government signaled that it would push forward with measures to revitalize the economy. That effort has been partially successful, raising spirits in business and among overseas investors.

There have been a number of effective policy steps, including cutting the effective corporate tax rate, instituting corporate governance reforms, shaking up agricultural cooperatives and promoting Japan to overseas tourists. The government has also made big strides in trade policy, signing on to the Trans-Pacific Partnership and reaching a broad agreement on an economic partnership with the European Union.

MOUNTAINS STILL TO CLIMB The economy has finally broken free from its deflationary spiral, though the Bank of Japan's 2% annual inflation target remains a long way off. And corporate earnings and the labor market have improved substantially. In short, although the economy is in much better shape than when Abe took over, the economy still faces a number of challenges.

Economic indicators point to better conditions, but the upturn owes much to an unprecedented monetary loosening -- specifically the BOJ's massive purchases of government bonds -- and fiscal stimulus. In May, Abe revealed an ambitious plan for constitutional amendments, but many voters appear to prefer that he stay focused on reviving the economy.

Many posts in the reshuffled cabinet have been filled by lawmakers who are well versed in their areas of responsibility. We hope that Abe and the cabinet ministers responsible for economic policy will consider their duty to future generations, rather than simply thinking about how to give the economy a short-term boost.

Abe seems particularly concerned about 2020, when Tokyo will host the Summer Olympics. A number of projects are underway that are set for completion that year.

But there is life after the Olympics. Difficult challenges await after the games. By 2025, Japan's baby boomers will be 75 or older. As they age, they will bring a steep rise in health care costs.

This makes it all the more imperative that the government put its finances in order by cutting public debt and curbing swelling social security costs. Policymakers should not avoid talking about the need for taxpayers to assume a greater share of the social security burden, including cuts in benefits to the elderly and increases in the consumption tax. True economic renewal depends on the government creating a clear road map to sustainable growth, and making steady strides down that road.

It is vital not only to raise Japan's labor productivity and growth potential, but also to present a blueprint for social security reform and reconstruction of public finances. This will help dispel anxieties among the young about their future financial burden. Any policy that juices up the economy in the short term but leaves future generations to foot the bill is irresponsible.

It is therefore worrying that Abe's government, beset by declining approval ratings, may open up the pork barrel to buy public support. In a speech late in July, Abe did not rule out floating government bonds to finance free higher education.

It is important, of course, to invest in human resources. It would be problematic, however, if such steps caused government debt to balloon, forcing future generations to shoulder a heavier burden. Nor should the government open up the floodgates on public works funded by construction bonds, particularly when there is a serious shortage of construction workers.

If the Abe government returns to its "economy first" policy and presses ahead on reforms with an eye to future generations, Japanese voters may again warm to their prime minister.