MUMBAI -- Indian billionaire Mukesh Ambani has emerged as the savior preventing bankruptcy for his younger brother Anil Ambani's Reliance Communications. Yet his Reliance Jio Infocomm, which has aggressively offered cut-price data and free services, has largely been blamed for the financial woes of RCom and other players.

Reliance Jio Infocomm announced Thursday that it will buy the wireless and telecom assets of Reliance Communications for an undisclosed sum.

As widely expected by the market, Reliance Jio Infocomm, a subsidiary of Reliance Industries,was the highest bidder for Reliance Communications' assets comprising 122.4 megahertz of 4G spectrum, over 43,000 towers, 178,000 route kilometers of fiber with a pan-India footprint and 248 media convergence nodes, the two companies said in a release. "These assets are strategic in nature and are expected to contribute significantly to the large-scale rollout of wireless and Fiber to Home and Enterprise services by RJIL," Reliance Jio Infocomm said in a statement. "The RJIL deal consideration comprises primarily of cash payment and includes transfer of deferred spectrum installments payable to the Department of Telecommunications."

The transactions are expected to close in a phased manner between January and March, with the proceeds going solely to repay Reliance Communications' lenders.

Reliance Jio came ahead after two rounds of bidding carried out by SBI Capital Markets on behalf of the consortium of lenders devising a statutory debt restructuring process for the company. RCom Chairman Anil Ambani said Tuesday that his company aimed to reduce its liabilities from 450 billion rupees ($7.03 billion) to 60 billion rupees by March. 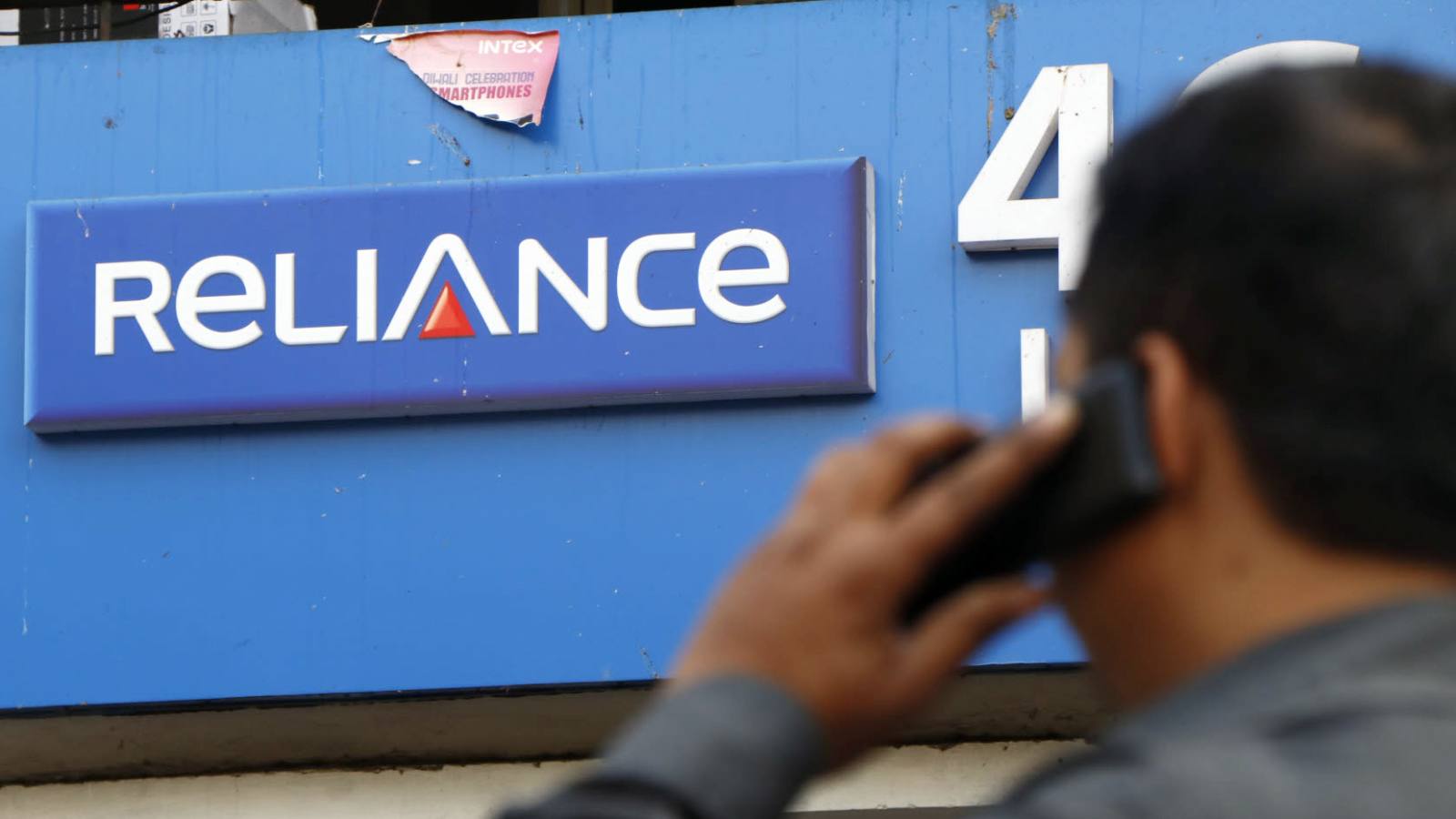 The money raised from the sale will be used to repay lenders, including China Development Bank, which sought to have the company declared insolvent before India's National Company Law Tribunal in order to recover around $2 billion in debt, said Anil Ambani. All the company's creditors are on board with the new plan, he added.

"Some of the assets are quite valuable for Reliance Jio," Fitch Ratings Director Nitin Soni said. "Timing could be questionable: I mean, Jio does not need spectrum right now -- they have enough for at least the next two years -- but they must be thinking long term."

Soni thinks Reliance Jio must be getting the assets for a lower valuation. "Don't forget, Jio started operations of telecom in the undivided empire of Ambani, so they know the assets better than an outsider," Soni said, noting that this team actually built those assets.

A few months ago, Anil Ambani had blamed Reliance Jio for the troubles in India's telecom sector.

"The telecom industry's current financial problem to some extent can be attributed to the entry of a new telecom operator and its strategy of freebies to gain customer and market share," Reliance Communications had said in a regulatory filing.

Even at a news conference earlier this week, he questioned the advisability of having an oligopoly in a huge market like India's.

However, if market experts are to be believed, Reliance Jio was the only company with pockets deep enough to take on additional assets. The other incumbent players such as Vodafone, Idea Cellular and Bharti Airtel may have kept away from bidding aggressively because they also are dealing with competition from Reliance Jio.

India Ratings and Research says the industry is being redrawn from a large number of operators to an oligopoly as sponsors of smaller, unprofitable telcos exit the field, unable to sustain losses.

"Hastened consolidation benefited larger telcos ... large telcos have benefited from the acquisition of spectrum and telecom assets at lucrative prices, which in turn has strengthened their business model," the ratings agency said.

Mukesh Ambani had entered the telecom sector after ending a "non-compete" agreement with his warring brother in 2010. The estranged siblings had reached a settlement in June 2005, after nearly three years of a succession war, with the help of family matriarch Kokilaben Ambani. The deal left the core oil and gas business with Mukesh, while the younger brother took with him newer companies in areas such as telecommunications, financial services and power.

Their fortunes have since diverged, with Mukesh Ambani entering and flourishing in new businesses such as retail and telecoms while Anil Ambani struggles with his telecom, infrastructure and power ventures.