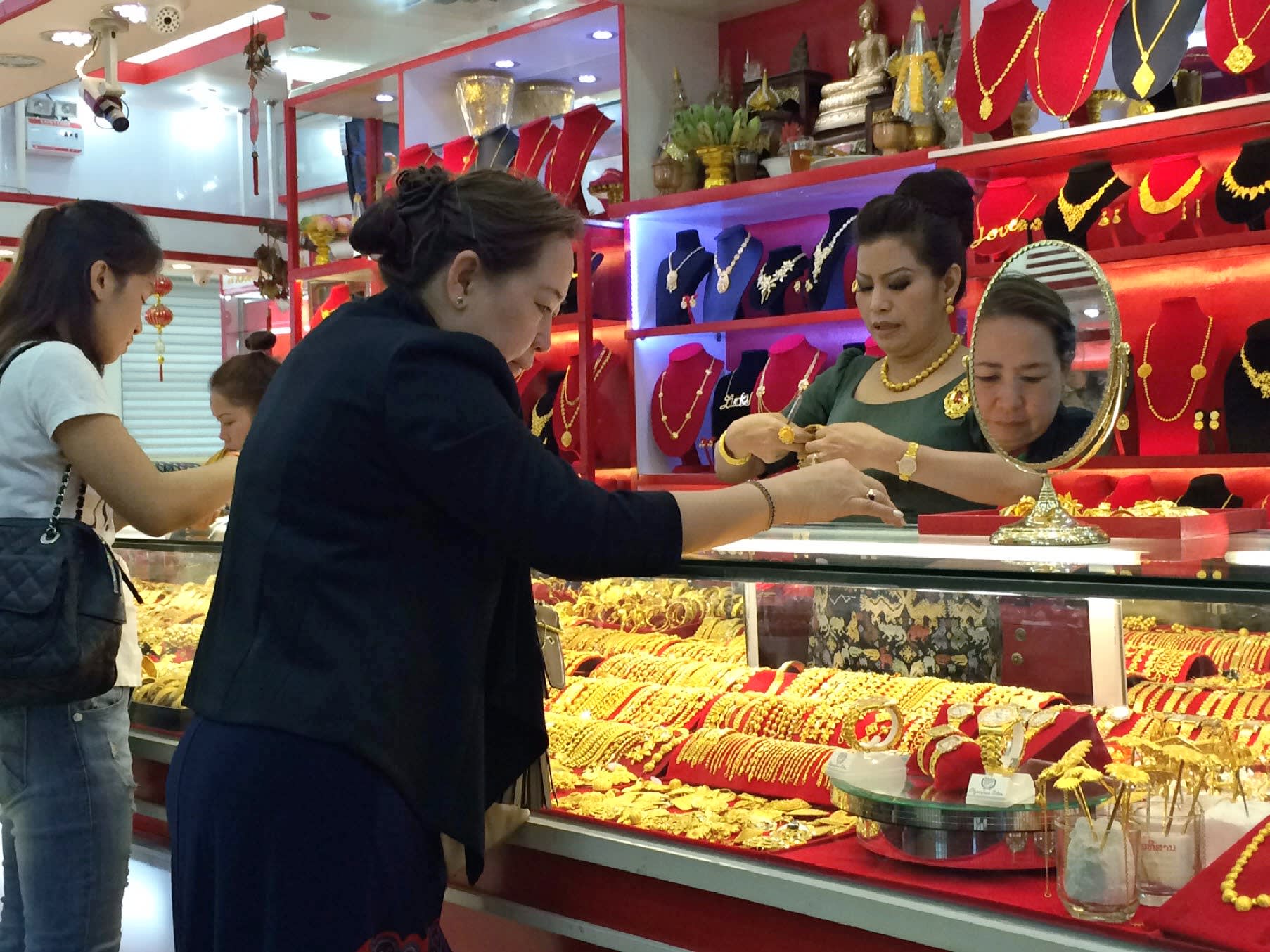 With memories of high inflation, many Southeast Asians prefer to put their wealth in gold or foreign currencies.
April 5, 2014 07:00 JST | ASEAN
CopyCopied

SINGAPORE -- After buying the Cardiff City Football Club in 2010, Malaysian tycoon Vincent Tan decided to rebrand the U.K. soccer team with a bit of inspiration drawn from his Chinese roots. Jerseys were changed from the time-honored blue to red and emblazoned with a dragon. Fans objected ardently, but Forbes-list billionaire Tan paid little heed.

So it is that a financier who hails from a swath of the globe once carved up by colonial powers now wields the wherewithal to make his mark on the culture of Western Europe.

Sitting on stockpiles of funds

Asian gross domestic product already accounts for about 30% of the world's total GDP and may contribute more than half of global economic output by 2050. And as of the end of 2013, the foreign-currency reserves of recently developed Asian countries had billowed out to a combined 500 trillion yen ($4.77 trillion) or so -- more than those in developed countries' collective coffers.

While emerging Asia's treasure trove has grown to an impressive size, funds are often more likely to flow into U.S. Treasurys than local businesses in need.

Just ask the proprietor of a confectionery factory in the northern Indian city of Varanasi. The 42-year-old businessman lets out a sigh as he eyes a line at a bank, where waiting patrons have trudged from a dozen villages just to receive basic financial services. Withdrawing funds to pay his employees amounts to a whole day's work.

Candy is selling briskly, and the Indian businessman would like to expand his operation but is unable to secure financing. Bank employees, their hands full dealing with deposits, cannot be bothered to discuss a loan, he says.

In fact, the majority of India's roughly 600,000 villages lack a bank branch, leaving an estimated half of the country's 1.2 billion people without access to banking services. Money earned in cities does not make it to rural areas, contributing to a persistent gap that hinders economic growth.

All that shimmers is not growth

A visit to the Laotian capital of Vientiane reveals other worrying trends. The second floor of the city's largest shopping mall is home to nearly 100 shops, but almost all of them deal in precious metals.

A small pair of gold earrings goes for 7.4 million kip ($919), more than three times the average Laotian's monthly income. Even so, they are selling well.

People in many Asian countries are said to place an almost religious faith in gold. In Vietnam, the precious metal costs about 10% more than international prices. Recalling years of colonial rule and high inflation caused by political and economic turmoil, people find it hard to trust their own country's currency. Many would rather put their savings and investments into gold or greenbacks.

In Malaysia, state-owned enterprises loom large. About 40% of government revenues are generated by state-affiliated companies in petroleum and related industries, such as Petronas. State-affiliated banks hold sway over the financial world as well, at times making it difficult for private-sector initiative to secure funds needed to carve out new areas for growth.

The entry of foreign players is helping to build up electronics and other industries. But this relegates local companies to contract work, keeping them out of the driver's seat.

China, too, has seen its share of foundered entrepreneurship. In 2009, the Shenzhen Stock Exchange launched the ChiNext board for startups -- a local take on Nasdaq. The startup market has garnered the hopes of corporations and investors and now trades the shares of 379 companies.

But fearing low share prices, authorities decided to freeze initial public offerings for a period of one year through the end of 2013.

The preponderance of restrictions on how companies raise capital is another reason for growth of the so-called shadow banking sector, which lies hidden from view of official oversight.

Starting last spring, financial markets in emerging Asian countries were roiled by the flight of U.S. and European funds on concerns that the Federal Reserve was ready to scale back its massive quantitative easing program. Capital headed to the West before returning to Asia as speculative hot money, at times wreaking havoc.

If emerging Asia cannot build solid financial markets and stronger, more autonomous economies, the region will remain at the mercy of flows of capital from the U.S. and Europe.