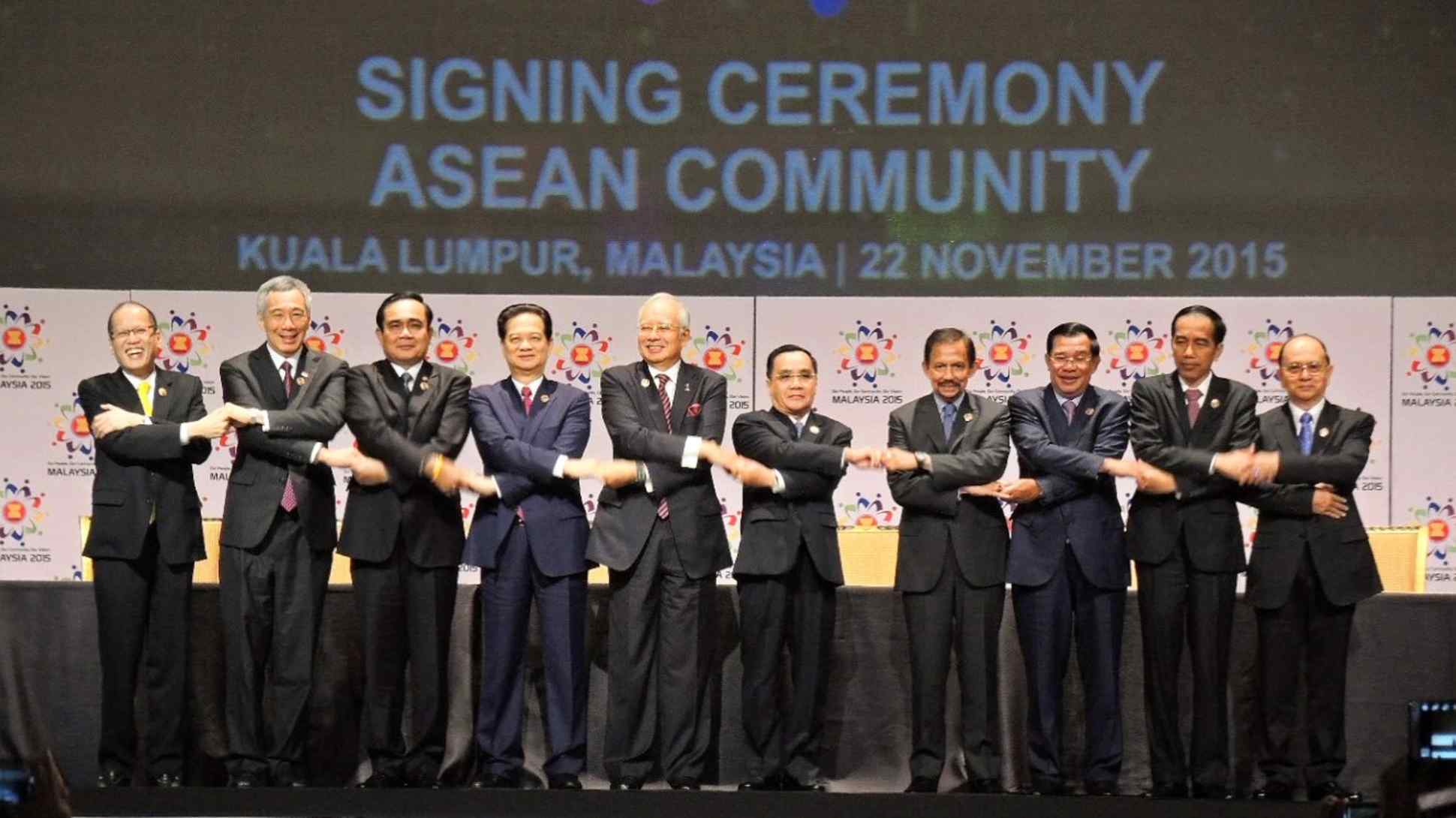 Leaders attend the signing ceremony for the ASEAN Community, which includes the ASEAN Economic Community, in Kuala Lumpur in November 2015.
Economy

BANGKOK -- On Aug. 9, 1967, The New York Times reported the signing of the Bangkok Declaration to inaugurate the Association of Southeast Asian Nations. The brief, 80-word article on the declaration -- inked the previous day by five founding foreign ministers -- said the document was "vague about concrete aims and projects." It also derided the agreement as the product of "two days of golf talks" at a beach resort outside the Thai capital.