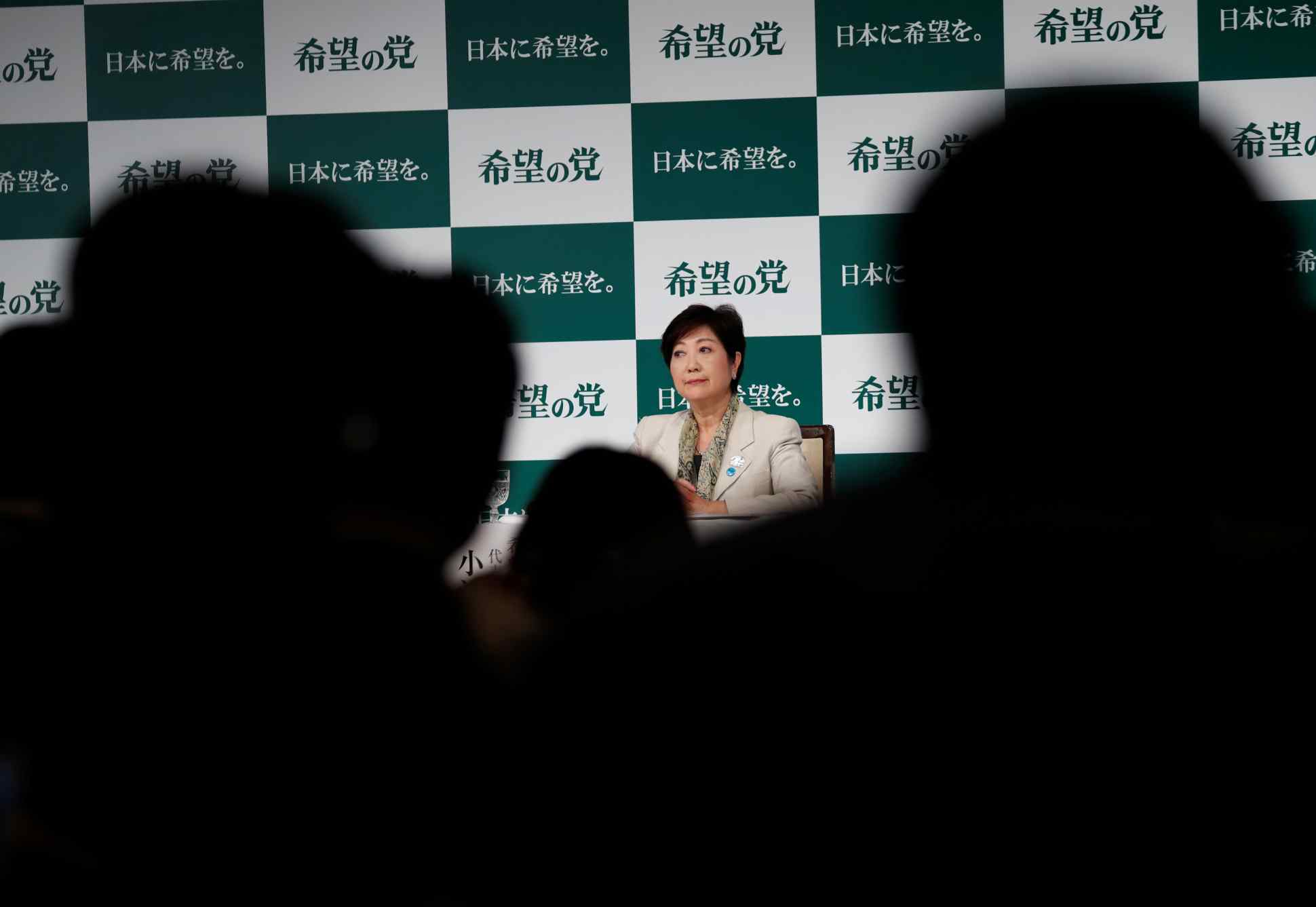 TOKYO -- "United we stand, divided we fall." This paraphrasing of the New Testament perfectly describes the predicament of Japan's opposition as the race for Sunday's election enters its final stretch. Across the country, voters are voicing a mixture of skepticism, frustration and disappointment over what might have been.

Less than a month ago, Tokyo Gov. Yuriko Koike formed a new national party and quickly orchestrated a de facto merger with the largest opposition group, the Democratic Party. This move raised expectations that Koike's Kibo no To, or Party of Hope, would mount a serious challenge to the ruling coalition of Prime Minister Shinzo Abe's Liberal Democratic Party and junior partner Komeito. Then the wheels fell off the Party of Hope bandwagon. Koike tried to cherry-pick ex-Democratic Party members for endorsement. She even used the word "eliminate" when she refused to back some politicians who would not go along with the Party of Hope's ideology. This sparked the creation of another new opposition group -- the left-leaning Constitutional Democratic Party -- and appears to have shattered Koike's plans to replace the LDP.

In districts nationwide, Party of Hope members find themselves grinding through intense campaigns to avert a possible landslide for the ruling camp.

"We don't want to fear nuclear contamination anymore," said a 26-year-old mother of one in the city of Iwaki, about 30km away from the meltdown-hit Fukushima Daiichi nuclear power plant.

More than six years after the earthquake and tsunami that triggered the disaster, the mother was hoping Koike's commitment to phasing out nuclear power would finally put those fears to rest. But things are looking dicey for the region's Party of Hope candidate, Izumi Yoshida, who faces an uphill battle to unseat the LDP's Masayoshi Yoshino -- the sitting minister of reconstruction. A Party of Hope candidate, right, shakes hands with voters in Fukushima on Oct. 18. (Photo by Masayuki Yuda)

While the Party of Hope's anti-nuclear stance may have struck a chord with some voters, the issue is not black and white. One man on a street near Iwaki Station, who would identify himself as a nuclear plant worker, said the work there "seems endless," and that "maybe nuclear power is something humans can barely handle."

Even so, he also said that a "sizable number of people either work for or receive benefits from nuclear-related business, directly and indirectly."

"It is difficult to say we don't need it at all," said the man, who appeared to be in his 30s.

With the Party of Hope's popularity quickly fading, Yoshida's odds do not appear to be getting any better.

Nikkei's latest polling tells the story: The ruling coalition is on track to win 63.9% of lower house seats, just shy of a supermajority, while Koike's group is projected to win 55 seats, down from the 69 forecast earlier this month.

The housewife put value on Koike's ability to make a political breakthrough, but she believed Koike's decision was made too early. "Before showing any interest in national politics, she should've completed her term as Tokyo governor." Voters listen to a speech at Nagoya Station on Oct. 10. (Photo by Takuya Imai)

Nagoya, Japan's third-largest urban area, lies at the center of the country's Pacific industrial belt. The conservative Koike's eagerness to excise liberal members and the surprise spinoff of the Constitutional Democrats hurt the Party of Hope in this region, in particular.

"In the end, Nagoya is a workers' city," said a 41-year-old businessman.

The campaign of Party of Hope candidate Naoaki Nonobe, who is running in the same district as Akamatsu, appears to be floundering. A phone call to his office on Sunday, to request a campaign schedule, went unanswered. His team has not posted a detailed schedule online, either, revealing the party's lack of election experience.

"I don't see the same freshness in her anymore," said a 55-year-old Tokyoite who works in a cafe. Koike and her party seem to be on shaky ground even in the capital, where she looked like an unstoppable force only recently.

After winning the governorship in the summer of 2016, she led her local party to a major victory over the LDP in the Tokyo Metropolitan Assembly election in January 2017. The party's win in the very heart of Tokyo -- the central Chiyoda Ward -- left little doubt about her popularity.

Now, even ostensibly promising Party of Hope candidates are struggling to gain traction.

Consider Tokyo candidate Kaoru Matsuzawa, a lawyer and mother of one. She was thought to have the makings of a winner, but she appears to be taking a back seat in a close race between the LDP's Miki Yamada and the Constitutional Democrats' Banri Kaieda. 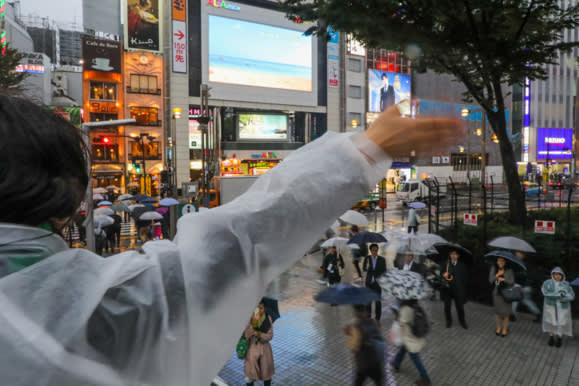 A Party of Hope candidate catches the attention of few pedestrians in Tokyo's busy Shinjuku district on Oct. 19. (Photo by Ken Kobayashi)

A stump speech Matsuzawa gave on Tuesday attracted next to no interest. Fewer than 10 people stopped to listen -- three were reporters. Yamada and Kaieda each drew crowds of about 50 the same day.

"Koike once looked like Joan of Arc, but now she just seems like a mean empress," the cafe worker said of the governor.

The Party of Hope's stumbles have aided the Constitutional Democrats and other opposition groups, but the opposition rift is an even bigger help to Abe's ruling coalition. If the prime minister was ever worried he might lose the election and his job, those fears are likely long gone.

Still, this has been anything but a typical Japanese election, and the final days of campaigning may yield a few more surprises.