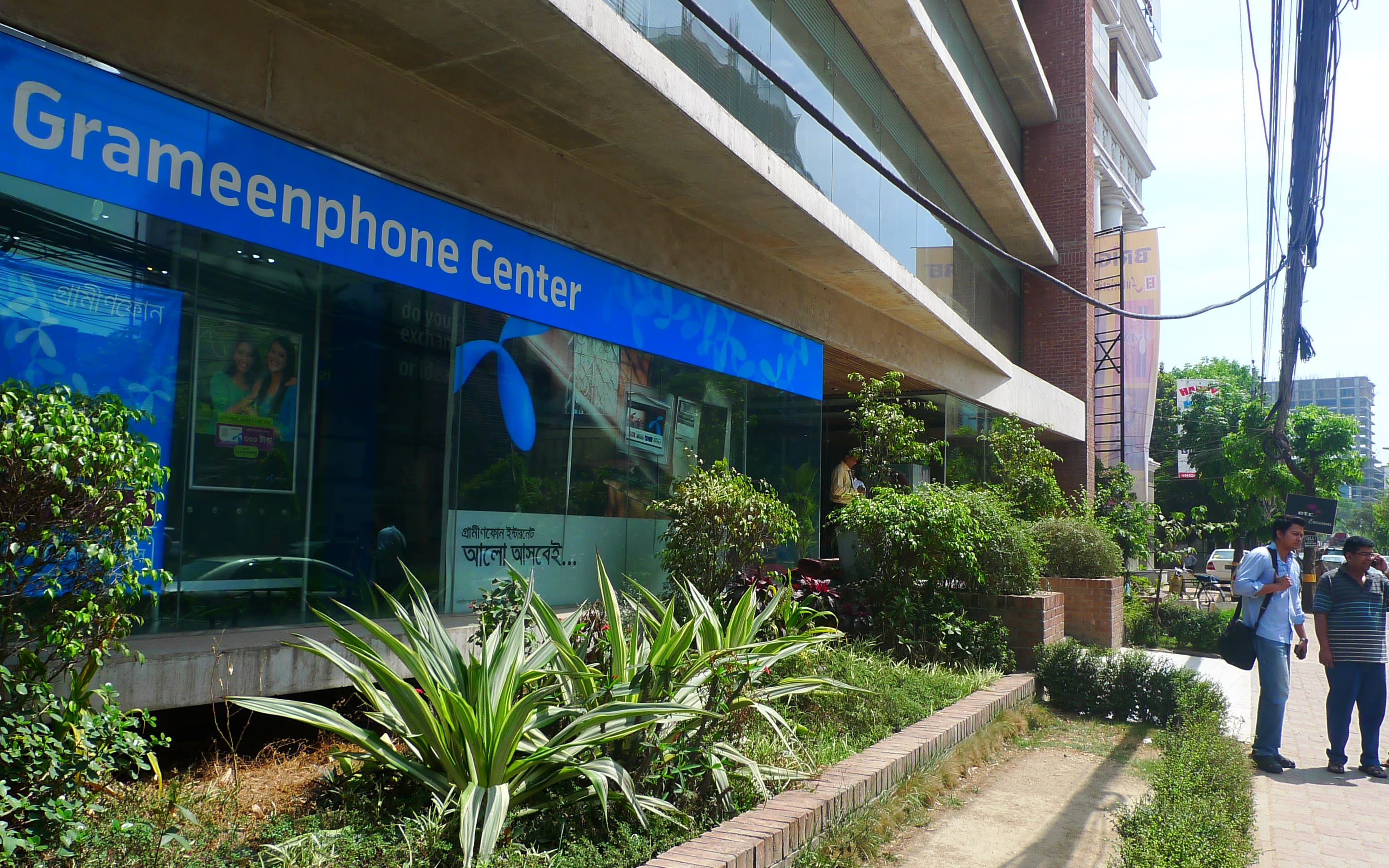 DHAKA -- The Bangladeshi government is trying to quell at least two hubbubs involving multinational corporations that could sully the country's reputation among foreign investors.

In one, the country's finance minister has said he will step up to mediate disputes between two phone service providers and the telecom watchdog. In the other, the Industries Ministry is trying to persuade a big French drugmaker to reconsider its decision to leave the country after selling medicines here for nearly 60 years.

The two black eyes come with a self-imposed deadline creeping up on Prime Minister Sheikh Hasina, who made a campaign promise to lead Bangladesh to double-digit economic growth in five years.

The telecom ruckus has ensnared the nation's two largest service providers, owned by Norway's Telenor and Malaysia's Axiata. But they may have found a savior in the country's finance minister.

"We will try to work out a win-win solution," Bangladeshi Finance Minister A.H.M. Mustafa Kamal said in a press briefing earlier this month, after announcing that the dispute will be settled out of court. 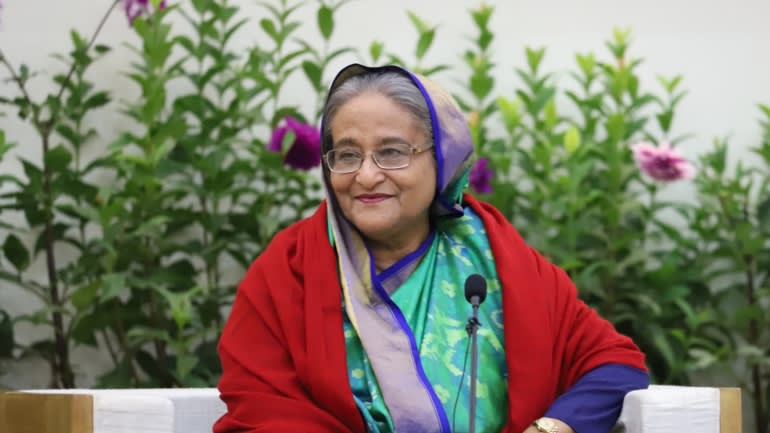 The two companies are Grameenphone, owned by the Telenor group, and Robi, owned by the Axiata Group, India's Bharti Airtel and Japan's NTT Docomo. In Bangladesh, there are 162 million mobile phone service subscribers. Grameenphone holds 47% of the market, and Robi has 29%, according to August data published by the Bangladesh Telecommunication Regulatory Commission.

In April, the commission asked Grameenphone to pay $1 billion for failing to meet revenue sharing obligations and to hand over $530 million in back taxes to the National Board of Revenue. Earlier, a government audit had found the unpaid levies in the years from 1997 through 2014.

The commission also issued a notice threatening to strip the carriers of their licenses. Grameenphone and Robi in late August filed separate lawsuits regarding the fines.

Once Finance Minister Kamal begins to mediate the dispute, the telecom watchdog will retract the notice, and the carriers will withdraw their lawsuits. As for the National Board of Revenue, it still intends to collect back taxes from the telcos and has said it will go through an alternative dispute resolution process.

The commission, meanwhile, appears to be softening its stance. It has lifted internet bandwidth restrictions that it imposed on the operators in July. "We will welcome [it] if the finance minister can settle the issue," commission Chairman Jahurul Haque told the Nikkei Asian Review.

Grameenphone has taken solace in the latest development. "Minister Kamal's leadership was on point here," CEO Michael Foley told a closed WhatsApp group. In a statement, the company said it is committed to finding a path toward "an amicable solution."

Robi has also hailed the government's decision to mediate. "We are happy that the industry's engine will start humming again," said Shahed Alam, Robi's chief corporate and regulatory officer.

Analysts say that with international investors watching the situation unfold, the government is under pressure to quickly resolve the issue.

Noting that Grameenphone has the largest market cap on the Dhaka Stock Exchange, "the impact is very serious," Quadir added. "The current down cycle of the capital market is partly due to this ongoing dispute."

The benchmark stock index of the exchange, the DSEX, has dropped 8.5% in the past three months.

Abdul Khalek -- a trade, taxation and corporate affairs expert at the Foreign Investors' Chamber of Commerce and Industry in Dhaka -- also lauded the finance minister for offering to mediate. "The stand of the finance minister ... will work proactively to bring in [more foreign direct investment]," he said.

Kamal's pledge came in an attempt to assuage grumbling multinationals and after French drug giant Sanofi earlier this month said it will leave Bangladesh for "strategic" reasons.

"[F]or strategic reasons, Sanofi intends to sell its shares in Bangladesh," the company says in a document seen by the Nikkei Asian Review. The document also says Sanofi will continue to supply medicine to Bangladesh via exports or through distributors.

Asked whether Sanofi will make good on its decision to leave a market in which it has been operating since 1960, Muin Uddin Mazumder, managing director at Sanofi Bangladesh, told the Nikkei Asian Review that "across countries where Sanofi operates, we regularly assess the best ways in which to serve our customers and [are] currently evaluating different scenarios in Bangladesh."

A person with knowledge of the French company's local operations said Sanofi is fed up with a situation in which domestic drugmakers enjoy policy support and allegedly sidestep taxes.

Sanofi is not alone in its frustration. In July 2018, British behemoth GlaxoSmithKline folded its medicine manufacturing unit in Bangladesh after six decades of operations, citing an "unsustainable" environment.

Prime Minister Sheikh Hasina, who has held power for a decade and is the country's longest-serving prime minister, has been calling for foreign direct investment to grow industries and create jobs. According to the U.N. Conference on Trade and Development, the South Asia nation in 2018 recorded its highest-ever inflow of FDI, $3.6 billion. If she is to make headway toward her pledge, Hasina cannot afford for FDI inflows to start dropping.

The government appears to be preparing several other measures to appease multinationals.

The tax authority usually takes six months or longer to approve the transfer of profits earned by multinationals in Bangladesh. Sources say that from now on these approvals will take no longer than a month.

As for the Sanofi situation, Industries Secretary Abdul Halim said his ministry will try to cajole Sanofi into staying. The industries Ministry and its chemical manufacturing arm hold a stake of more than 45% of Sanofi's Bangladesh unit, and two government representatives sit on the company's board.

Halim said the ministry will address the company's issues, including profit repatriation, by taking the matter up with the revenue board, if need be. "Sanofi is our company," he told the Nikkei Asian Review. "We want it to stay."

He made a case for investing in Bangladesh. He referred to the creation of the Bangladesh Investment Development Authority, the result of a merger of two state agencies, and said the government is improving the business climate to catalyze foreign direct investment.

He noted that the government has passed a one-stop service act, offered tax benefits and eased work permit rules for investments in economic zones and Hi-Tech parks.

"We want to create a congenial environment," Halim said, "so that others come [to invest]."