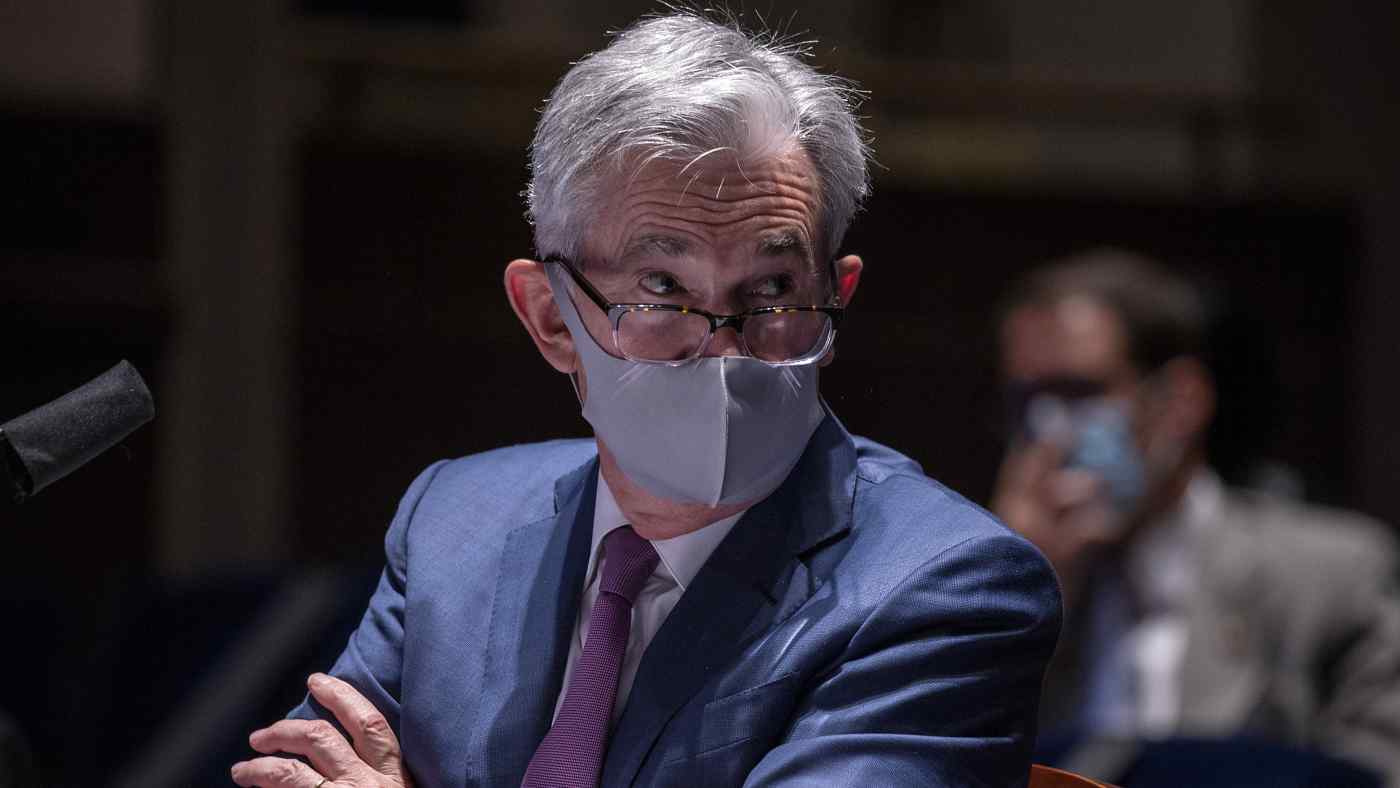 WASHINGTON (Reuters) -- The Federal Reserve kept interest rates pinned near zero on Wednesday and made a bold, new promise: to keep them there until inflation is on track to "moderately exceed" the U.S. central bank's 2% inflation target "for some time."

The new guidance marks a monetary policy shift, first announced by the Fed last month, that is aimed to offset years of weak inflation and allow the economy to keep adding jobs for as long as possible.

"Effectively what we are saying is that rates will remain highly accommodative until the economy is far along in its recovery," Fed Chair Jerome Powell said in a news conference following the release of the central bank's latest policy statement and economic projections.

"That should be a very powerful statement in supporting economic activity" and returning inflation to the Fed's 2% inflation goal faster, he said, adding that he thinks the forward guidance will be "durable"

The recovery, Powell noted, is ongoing but the pace is expected to slow, requiring continued support from the Fed and, he said, from further government spending.

The Fed's decision drew two dissents, one from a policymaker who thought it went too far, and the other from one who thought it didn't go far enough.

The Fed also used its policy statement to begin to pivot from stabilizing financial markets to stimulating the economy, saying that it would keep its current government bond-buying at least at the current pace of $120 billion per month, in part to ensure "accommodative" financial conditions in the future.

U.S. stocks added to earlier gains after the release of the statement before trending lower as Powell spoke, with the S&P 500 index last down 0.1% and the Nasdaq falling 0.8%. Long-end yields rose, with the 30-year U.S. Treasury yield last at 1.44% and the benchmark 10-year yield at 0.68%. The dollar edged up against a basket of major trading partner currencies.

The coronavirus epidemic continued to weigh on the economy, the Fed said in its statement, released after the end of its latest two-day policy meeting, even as officials upgraded their immediate outlook for the economy.

The virus "is causing tremendous human and economic hardship," the rate-setting Federal Open Market Committee said, adding that the Fed is "committed to using its full range of tools to support the U.S. economy in this challenging time."

New economic projections released with the policy statement showed interest rates on hold through at least 2023, with inflation never breaching 2% over that period.

Powell said the Fed "is both confident and committed and determined" to modestly overshooting 2% inflation, but added that it would take time.

Policymakers saw the economy shrinking 3.7% this year, far less than the 6.5% decline forecast in June, and unemployment, which registered 8.4% in August, was seen falling to 7.6% by the end of the year.

All Fed policymakers saw interest rates staying where they are through 2022, with four eying the need for a hike in 2023.

But in pledging to keep rates low until inflation was moving above the 2% target, to make up for years spent below it, the Fed reflected its new tilt towards stronger job growth, announced late last month after a nearly two-year review.

Both dissenters to the statement, Dallas Fed President Robert Kaplan and Minneapolis Fed President Neel Kashkari, took specific issue with the central bank's guidance that it would keep interest rates where they are "until labor market conditions have reached levels consistent with ... maximum employment and inflation has risen to 2 percent and is on track to moderately exceed 2 percent for some time."

Kaplan said he would have preferred to have "greater flexibility" once inflation and maximum employment were on track to reaching the Fed's goals, an easier hurdle to reach. Kashkari's dissent suggests he wanted a higher hurdle: for rates to stay where they are until core inflation - which often runs cooler than overall inflation - has reached 2% "on a sustained basis."