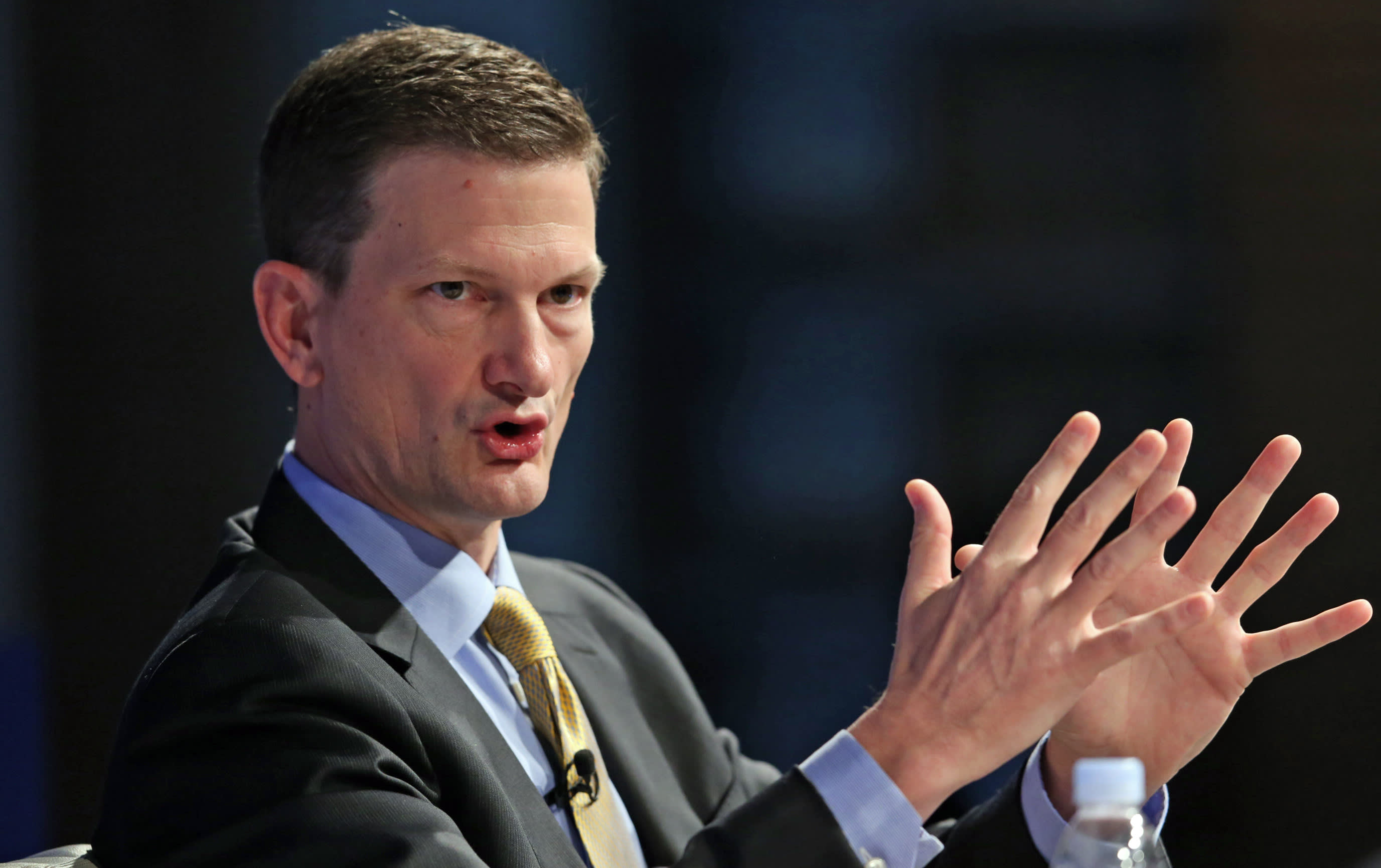 TOKYO -- Businesses need to be more open to partnering and take advantage of disruptive innovation in order to break through in a world of uncertainty, Bill Thomas, chairman of KPMG International, told the Nikkei Global Management Forum on Tuesday.

The head of the professional-services company spoke in Tokyo on the topic of "driving business transformation." His message, although mostly targeted to the Japanese audience, could be applied to businesses around the world.

Thomas referred to a recent KPMG survey, which showed that business confidence among some 1,200 global CEOs was down this year compared with last year. He noted particularly that just 21% of Japanese CEOs said they were confident about the global economic outlook, a sharp decline from last year's 93%.

Thomas said one key to overcoming such uncertainty is through partnering. "Competitive advantage comes from combinations," he said, adding that traditional Japanese manufacturers would find a "winning solution" by adding new technologies.

He stressed that "finding partners" and "taking advantage of disruption" is crucial, saying that aquisitions could be part of such partnering. Citing his company's survey, Thomas noted that Japanese CEOs are much more aggressive about their growth plans, including acquisitions, than CEOs from Germany and the U.S.

Thomas said KPMG itself is being disrupted and it is trying to drive innovation by intensifying its focus on "three key areas": Increasing investment in new technologies; hiring diversified human talent, such as healthcare experts and engineers; and partnering with other organizations, such as a collaboration with Microsoft on developing cloud-based services.