Okinawa looks to rebuild after World Heritage castle burns down

'We will not fail to restore it,' governor says of landmark once destroyed in WWII 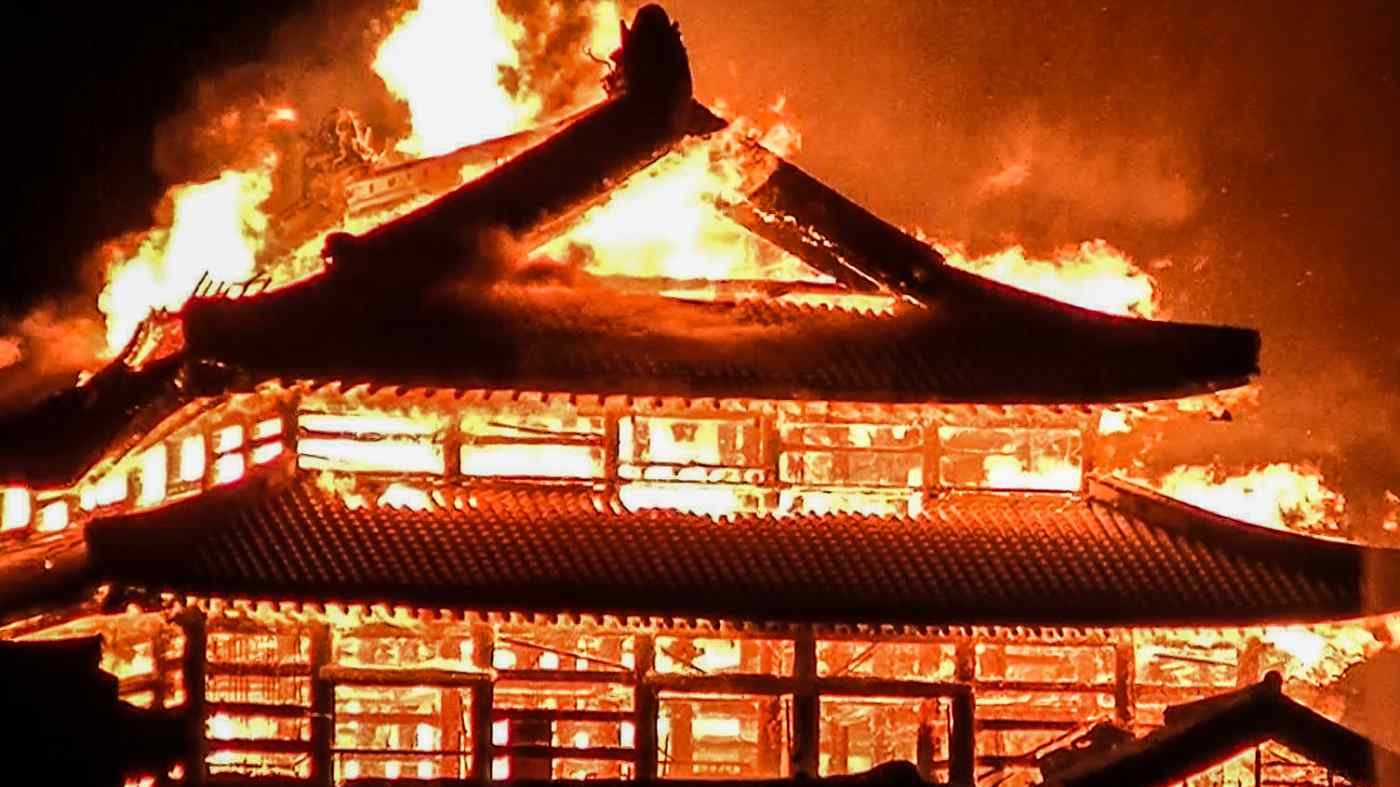 NAHA, Japan/TOKYO -- Decades of work to restore Shuri Castle, Okinawa's most treasured icon, went up in smoke after a fire ravaged the World Heritage site Thursday.

The central government and Okinawa Prefecture have vowed to quickly rebuild the ancient palace, which hosted world leaders for the Group of Eight summit in 2000. But the work could take years, according to experts.

The blaze at the castle in Naha, the Okinawan capital, started around 2:40 a.m. It destroyed seven of 14 buildings and was finally extinguished around 1:30 p.m. after laying waste to an area covering 4,200 sq. meters.

Police believe the fire to have originated from the main castle building, called the Seiden. Destroyed buildings contained centuries-old artworks and handicrafts. The three-story Seiden once served as the heart of political and religious life of the ancient Ryukyu kingdom. Stone walls and the stairs leading to the Seiden date back to the kingdom, formed in the 15th century.

The Chinese-architecture-influenced castle and other strongholds dotting Okinawa were designated World Heritage sites by UNESCO in 2000. Japan's Agency for Cultural Affairs has sent a four-member team to Shuri to evaluate the damage.

The castle, part of which appears on the 2,000 yen ($18) bill, was once destroyed during the Battle of Okinawa in 1945. Pushed by Okinawa residents, the central government decided in 1986 to restore the castle to its 18th-century glory.

Researchers combed over the remains and consulted prewar photos along with historic refurbishment records and testimony from locals. Construction work officially began in 1989, recruiting temple carpenters and lacquerware artisans.

Reconstruction on the Seiden and other buildings wrapped up in 1992, just in time for the 20th anniversary of Okinawa's return to Japan. Restoration work continued until this past January. Shuri Castle after the completion of its restoration. The castle and surrounding park drew 2.81 million visitors in fiscal 2018.   © Kyodo Aerial photos show Shuri Castle before and after a devastating fire on Oct 31.   © Kyodo

"Shuri Castle has become the foundation of the identity of the people of this prefecture, since it embodies and represents the unique history and culture of Okinawa," said Takara, now a University of the Ryukyus professor emeritus specializing in Ryukyu history.

Takara doubts that the castle can be quickly rebuilt this time. "Documents and human talent were accumulated during the last restoration project, but I don't think the castle can be rebuilt in a few years," he said.

Shuri Castle Park drew 2.81 million visitors in fiscal 2018, compared with 1.11 million in its opening year of fiscal 1992. The castle has been chosen as a destination for the Olympic torch relay.

"The restoration will face the challenge of finding materials and artisans, as well as other issues such as securing funds," said Osamu Goto, a professor at Tokyo's Kogakuin University who is an expert in preserving and restoring historical landmarks.

"When rebuilding wooden structures, you need to identify what causes fires and makes them spread, then carefully discuss fire prevention measures," Goto said. 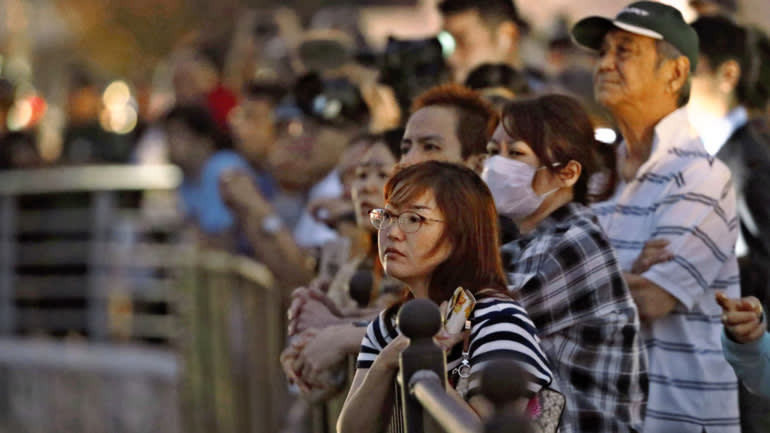 Residents look on as Shuri Castle burns on Oct. 31.   © Kyodo A firefighter walks past a burned wall of Shuri Castle on Oct. 31. (Photo by Shinya Sawai)