Company precautions centered on earthquakes and not torrential rains 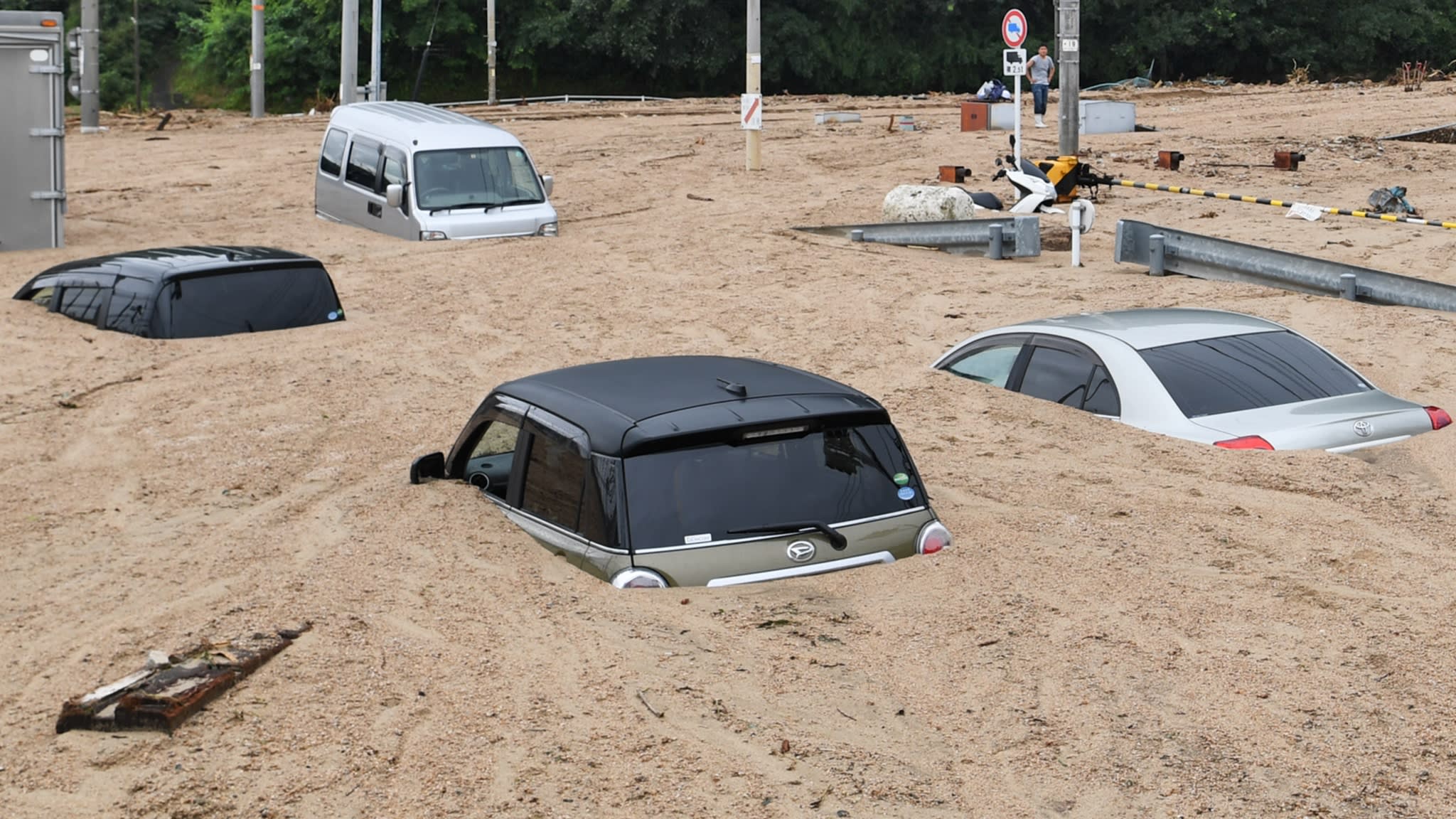 TOKYO -- The most damaging rainfall in three decades has killed more than 120 people and brought businesses and transport to a halt in western Japan, laying bare just how weak the nation's infrastructure is with respect to floods.

Insufficient disaster planning at many companies has compounded the impact of the flooding. An electronic components maker said it had drawn up a business continuity plan in case of earthquakes "but not for torrential rains."

Not only did the rainfall itself exceed expectations, but quake-prone Japan had also put far more energy into protecting buildings from temblors than from water damage to factories and stores.

Most large enterprises do have some continuity plans in place, but only about 30% of them have accounted for the possibility of flooding, according to a fiscal 2017 survey by the Cabinet Office.

Panasonic on Monday suspended operations at an Okayama Prefecture plant making commercial video cameras after a nearby river overflowed, flooding the first floor and swamping the power supply. Recovery is expected to take at least a week.

And at a drugstore in Okayama's Kurashiki that afternoon, dozens of employees busily pulled mud-soaked items off the shelves.

More than 80 people remain unaccounted for amid widespread flooding and mudslides that have swept away homes and roads. About 74,000 police, fire, and Self-Defense Forces personnel have been mobilized for the search, rescue and recovery effort.

Prime Minister Shinzo Abe has canceled trips to Belgium, France, Saudi Arabia and Egypt to concentrate on the disaster response, delaying the signing of a Japan-European Union economic partnership agreement in Brussels from Wednesday to July 17. Foreign Minister Taro Kono will go in Abe's place to an exhibition in France on Japan. 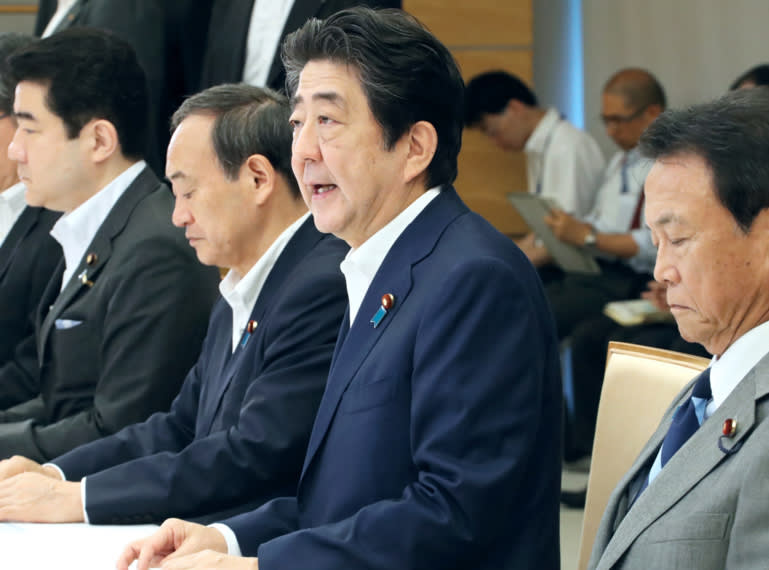 The prime minister will soon visit affected areas. The government plans to designate the rains and flooding a severe disaster, enabling it to mobilize subsidies for ravaged communities.

In addition, Tokyo will consider a supplemental budget for fiscal 2018 if current disaster recovery funding and financial reserves prove insufficient. Opposition parties have offered to put aside differences over casino legislation and other issues for now to concentrate on disaster relief and recovery.

The storms dealt a heavy blow to companies big and small, flooding stores and factories, disrupting supply chains, cutting off water and power, and keeping employees at home.

Asahi Shuzo, which makes the popular Dassai brand of sake, suspended production on Saturday over a loss of power and flooding damage at its head office and brewery. A full recovery is expected to take months.

As of Monday night, 11 portions of the national highway system remained closed, according to the transport ministry, cutting off critical transport and distribution routes.

Supply chain disruptions are being felt far from disaster areas. Mitsubishi Fuso Truck and Bus closed its main plant in the city of Kawasaki, near Tokyo, from Monday afternoon through Tuesday over a parts shortage. 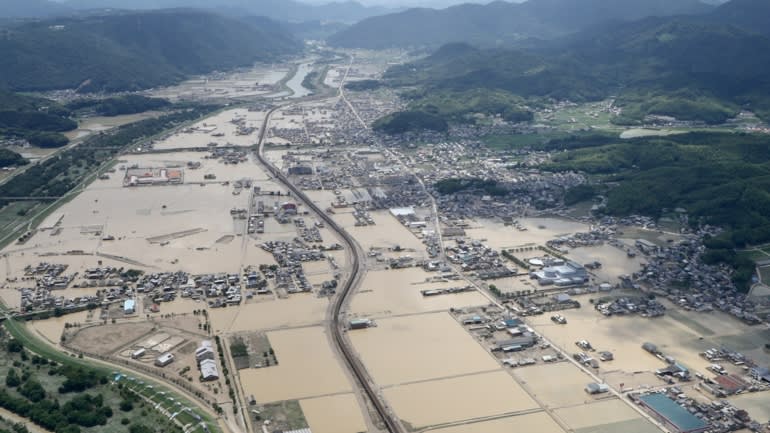 The torrential rains come less than a month after a magnitude-6.1 earthquake struck the Osaka area, revealing the fragility of Japan's aging urban infrastructure. This time, the focus is on flood controls.

Government spending under this heading has fallen to 796.1 billion yen ($7.18 billion) in the fiscal 2018 budget, from a peak of 1.37 trillion yen in fiscal 1997. Fiscal constraints make such projects difficult to complete in a short time.

Bank of Japan regional branch managers said at their quarterly meeting on Monday that they would keep watch on how the disaster affects the economy going forward.

"I believe there will be a substantial impact on production, consumption and tourism," Fukuoka branch chief Toshiro Miyashita said.