Niseko ski resort, Kyoto and Okinawa are home to the fastest appreciating property 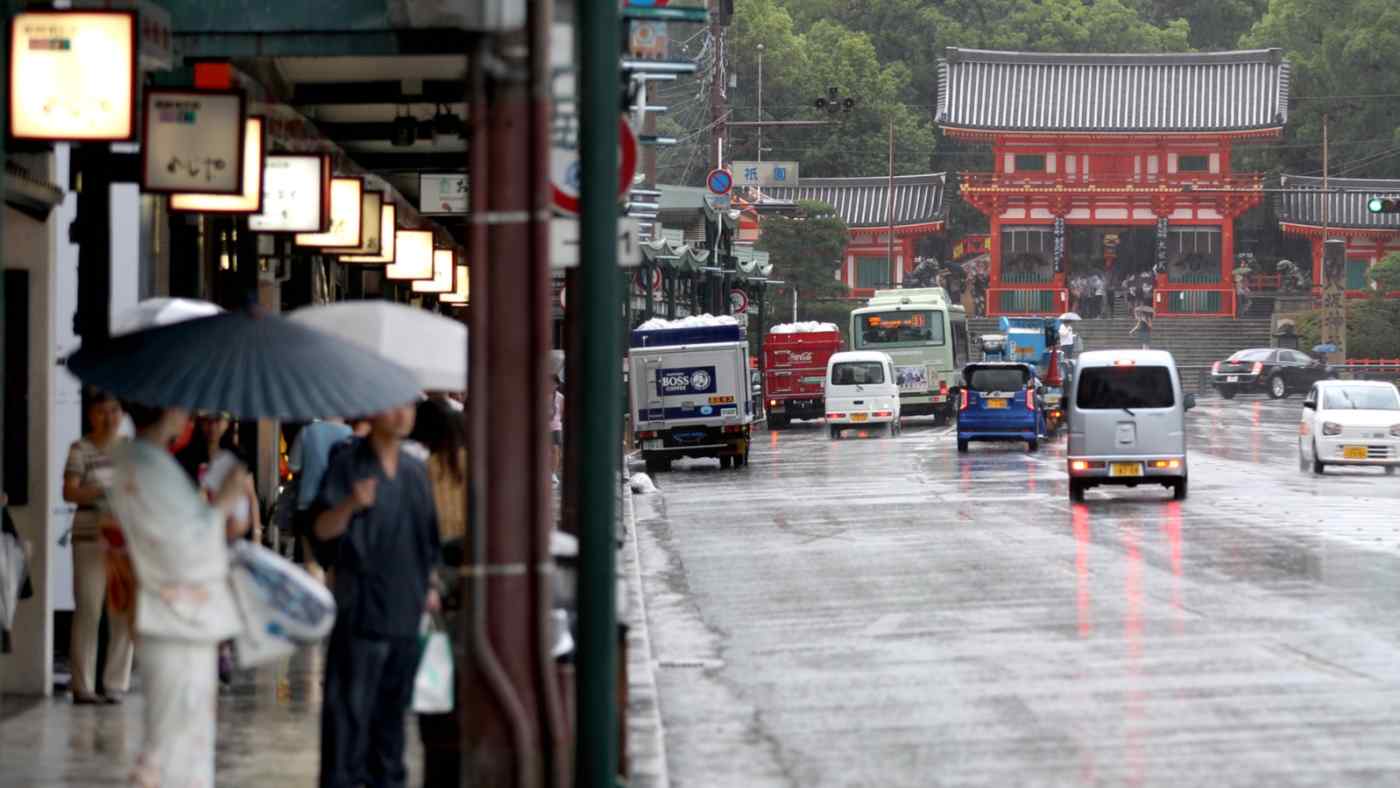 TOKYO -- A growing flood of visitors from overseas and numerous new urban redevelopment projects continued to drive demand for land in Japan, which propelled prices upward for the third consecutive year in 2017, the National Tax Agency said Monday.

A plot in Tokyo's Ginza shopping district was the most expensive land in Japan for the 33rd straight year, and prices rose sharply in other tourist destinations and downtowns popular with foreign visitors, including Hokkaido's Niseko ski resort, Kyoto and Okinawa.

The nation's foreign visitors totaled 28.7 million in 2017, breaking the previous record, and the number has been increasing so far this year at a pace that could see it once again shatter the record by the end of this year.

Domestic and foreign investors alike are pouring funds into areas where hotel and other development projects are underway. This is pushing up land prices, but it is also making some locals uneasy.

Tokyo saw a hefty 4.0% rise thanks to demand related to the 2020 Olympic and Paralympic Games. A plot in the capital's Ginza shopping district was assessed at 44.32 million yen ($400,000) per square meter, the national record for the 33rd straight year. Some analysts expect the capital's average land price, which has risen for five years in a row, to peak ahead of the Olympics.

The Hokkaido resort town of Niseko, well-known internationally as a ski resort, and which includes the towns of Niseko and Kutchan, accommodated 433,000 foreign visitors in the year ended March 2018, almost 30 times its resident population of about 15,000. In particular, the price of land along Niseko-kogen Hirafu-sen Street rose 88% from a year ago, the fastest-appreciating land nationwide. Tokyu Resort, a Tokyo real estate company specializing in resort properties, set up an office in Niseko at the end of last year to bolster sales activity in the area. The company said wealthy customers in Singapore, Hong Kong and Taiwan tend to show interest in condominiums priced at over 100 million yen near ski hills.

"Land prices and apartment rents are rising nonstop. We've been seeing an abnormal bubble in the past few years," said a women's clothing shop operator in Kutchan, sounding alarmed at the continuing rise in real estate prices in his area.

"It's good to see some growing activity, but you never know how long this is going to last," said the man in his 60s. "I'm also worried the tax burden may increase."

According to the agency's annual report, the increase in Japanese land prices as of Jan. 1 was 0.7% on average from a year earlier.

The shopping street leading to Yasaka Shrine is home to numerous duty-free shops and is crowded with tourists from abroad. "Shops here have frequently changed over the past three years," said a woman in her 70s operating a local food store founded more than 100 years ago.

While plans to open stores along the street have been increasing sharply to take advantage of the inbound tourism boom, "land plots offered for sale are limited in number compared with those in Osaka and other places," Takumi Moriguchi, a real estate appraiser, said. "Squabbles about land in commercial districts are expected to continue." Land prices along the popular Kokusai Street in Naha saw a double-digit increase.

Meanwhile, Okinawa saw an increase of 5.0%, the sharpest of all the prefectures.

Okinawa keeps attracting tourists mainly from Asian countries. The number of visitors to the prefecture from abroad in fiscal 2017 increased 26.4% to 2,692,000, setting a record high for the 10th consecutive year, according to the prefectural government.

In the central section of the prefectural capital Naha, land prices along Kokusai Street, which is filled with souvenir shops, restaurants and other businesses, climbed 10.4% year-on-year.

Y's Cabin & Hotel Naha Kokusaidori, which opened in late May, has added information in Chinese and Korean to its website. The hotel is developing programs to attract tourists during the coming tourism season in cooperation with Taiwanese and South Korean companies, an official said.

Many hotels are expected to begin operating in the area along the road. The official said, "We want to attract as many foreign visitors to Kokusai Street as possible."