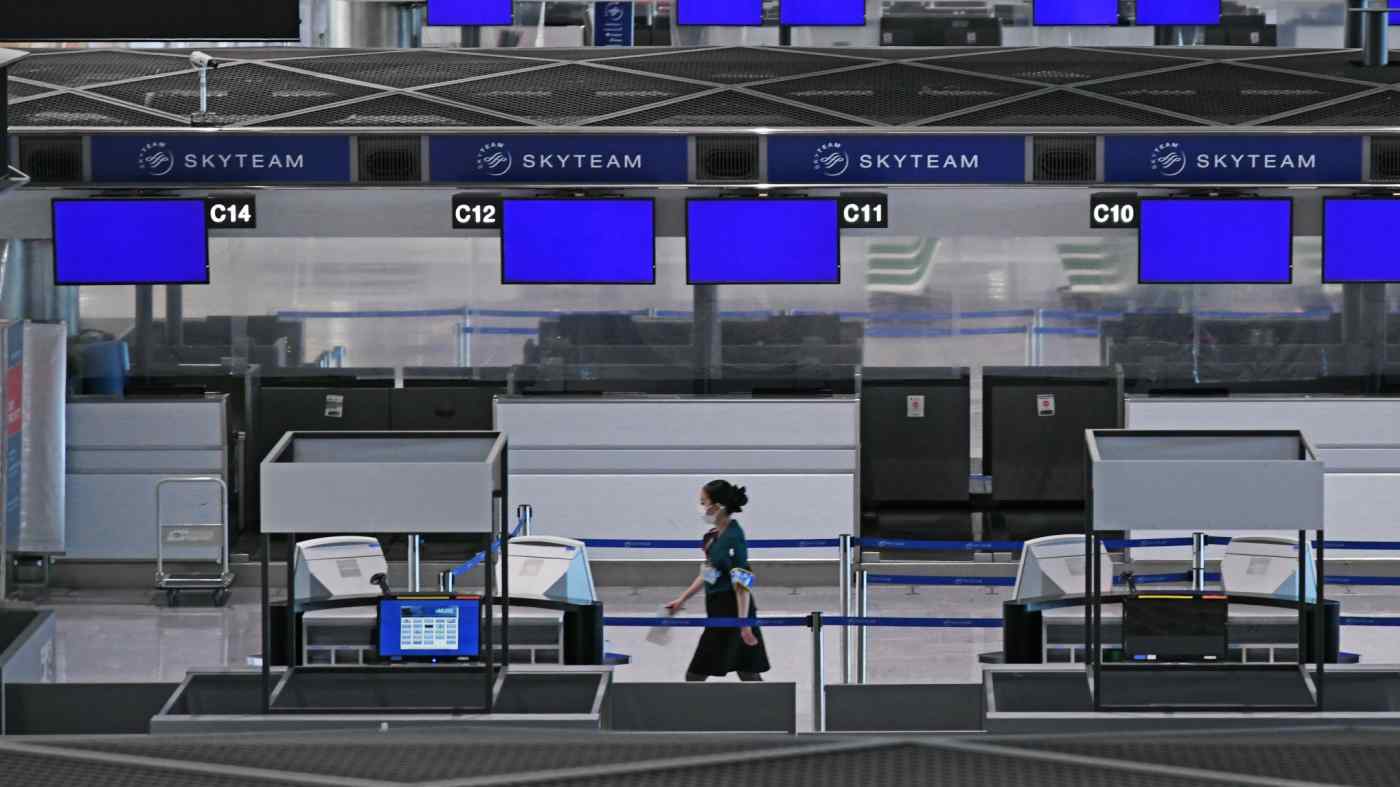 TOKYO (Kyodo) -- Japan received an estimated 2,600 foreign travelers in June, down 99.9 percent from a year earlier for the third consecutive month amid the coronavirus pandemic, government data showed Wednesday.

Inbound visitors totaled 1,700 in May, marking the lowest figure since 1964 when the government began compiling such statistics, according to the Japan Tourism Agency.

Numbers have fallen below 3,000 since April, when 2,917 travelers entered the country. The previous low for monthly foreign visitors prior to April was 17,543, recorded in February 1964.

The figure fell in June for the ninth month since October, when there was a significant drop in visitors from South Korea.

Bilateral ties between Tokyo and Seoul soured over the issue of wartime labor during Japan's colonial rule of the Korean Peninsula between 1910 and 1945.

The Japanese government had been aiming to attract 40 million tourists from overseas this year, but has seen record falls in numbers.

The number of visitors from China fell to around 300 in June from 880,651 a year earlier. Those from South Korea, the United States and Vietnam dropped to about 100, while there were just a few dozen visitors from other countries, according to the data.

There were fewer than 10 people each from Hong Kong, Singapore, Mexico, Italy and Russia who visited Japan.

The accumulated number of foreign visitors from January to June declined 76.3 percent from a year earlier to approximately 3.95 million, the data showed.

The number of Japanese nationals departing from the country in June fell 99.3 percent to about 10,700 from 1.52 million a year earlier, but increased from 5,539 the previous month.

Japan currently has an entry ban in place for 129 countries and regions aimed at preventing the spread of the novel coronavirus.